He also revealed that Idris Elba really wants to get Knuckles right. 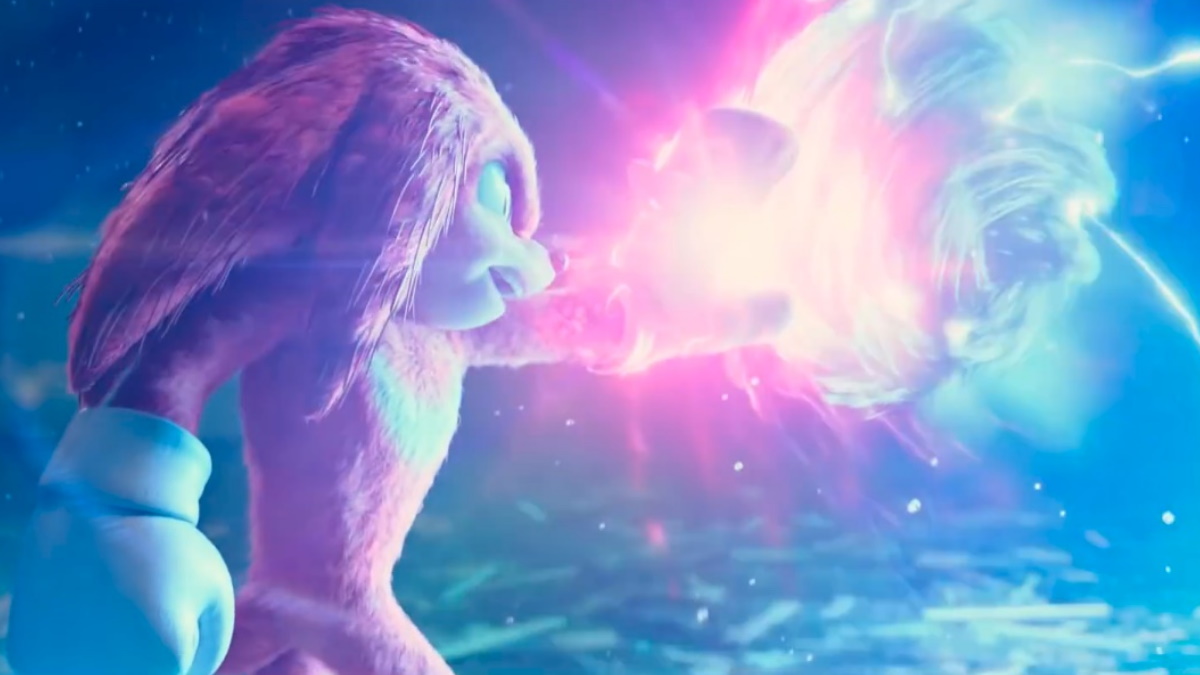 Happy Monday, everyone, and yes, I’m still thinking about that Sonic the Hedgehog 2 movie trailer from last week.

This is the part where I realize that I’m gonna end up being one of those oddball journalists whose movie of the year isn’t something that gets the “Academy Award Winning” label, it’ll be a movie sequel that, hopefully, has Jim Carrey doing another dance routine in his laboratory.

Wait, is THAT why Agent Stone is a barista in the sequel? Because Robotnik said he likes how he makes lattes? Shippers, please do your thing with that information.

As a Sonic fan, there is a lot to be excited about with this sequel, and a lot of it centers on the inclusion of Tails and Knuckles. Tails, of course, was to be expected, not just because of the teaser at the end of the first film but because it’s Sonic 2. Knuckles was a pleasant surprise since he doesn’t show up until the 3rd game, but him being here (along with the Master Emerald) means that we’re probably going to get quite a bit of Sonic lore in this film.

Knuckles is even starting out as an antagonist, much to the entire Internet’s delight, since that’s exactly how he’s introduced in the games.

Honestly, those 6 seconds of Knuckles really took social media by storm, and not just because of Idris’ poor attempt to downplay his sexiness – though director Jeff Fowler is delighted about that conversation coming up again, according to Polygon. “Let me just say that the fact that [the sexy voice debate] resurfaced in the last 24 hours. Everyone saying that he lied makes me so happy. Big smile on my face. I don’t think anyone saw that conversation or dialogue happening, but here it is, and I’m glad it’s here. He’s such a great guy. He really wants to get the character right.”

Apparently, Idris Elba is taking his role as Knuckles seriously. Sure, he’s an anthropomorphic echidna who can punch real hard, but according to Fowler, Elba came in eager to get into the character and what motivates him. “He was just so eager to absorb it all, and workshop him into best version of the character. Which was awesome. It was great to see how much he cared about getting it right.”

This is wonderful to hear, as Knuckles does add a lot of weight to the Sonic franchise. He kinda reminds me of that moment in Captain America: Civil War where Clint tries to introduce himself to T’Challa in a lighthearted way, only to get a response of, “I don’t care.” Knuckles isn’t really there to make jokes about being “Blue Justice” (trademark pending) and is, instead, set on his duty of protecting the Master Emerald.

The Civil War analogy is extra fitting here as Fowler compared Sonic and Knuckles to Captain America and Iron Man. “You’ve got Sonic’s speed, you’ve got Knuckles’ super strength, and we just put them in an environment and let them go at it. It’s like a little Captain America [and] Iron Man; it just offers so much opportunity in terms of fight choreography and action.”

This is such a delightful comparison and one that I can’t wait to see on the big screen.

In the game series currently, Knuckles is very much a trusted friend to the Sonic crew, but it took some time to reach that point since he’d been deceived by Robotnik. I was hoping that the movie would keep that in mind when introducing him into the story.

Not only is Knuckles against Sonic, but he’s also a lot stronger than him – as he should be. As Fowler points out, Sonic has been in one fight so far in the movie verse and is still trying to get the hang of being a hero. Meanwhile, Knuckles is a warrior and has spent his entire life protecting the Master Emerald. While you do, eventually, get to beat Knuckles in the game (leading to him joining you when he realizes Robotnik tricked him), that initial meeting has him hitting Sonic so hard that he knocks him out of his iconic Super form.

Like, check out this wonderful recreation of the movie trailer scene using the original Sonic graphic by artist VAdePEGA. This was our first introduction to Knuckles, back in the day, tweaked to look the way it does in the trailer.

Someone who can hit Sonic THIS hard is gonna be a major problem.

“Obviously, the nature of Robotnik and Sonic’s sort of rivalry and their battles have one sort of look and feel, but when you bring in a character like Knuckles, who has power, and in his many ways is just better suited for combat than Sonic is … When we ended the first film, Sonic’s been in one fight. That does not turn you into a superhero overnight, and you bring along a character like Knuckles whose entire existence is about honor and about being a warrior. And like right off the bat, Sonic is no match for that dude. So to tease that kind of confrontation like we did in the trailer, for fans to realize that that’s kind of where we’re going with it, where Knuckles is just a force of nature, and Sonic is out of his element at first because Knuckles is just more than he can handle — it felt like such dramatic sort of material, and such a great foundation to build a movie story around.”

Sonic the Hedgehog 2 will be speeding into theaters on April 8, 2022.