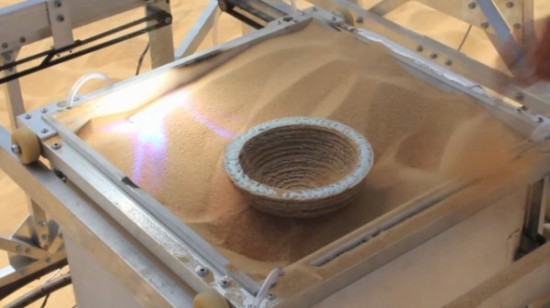 For his graduate project, student Markus Kayser created a 3D printer that is not only solar powered, but prints with sand. 3D printers tend to use resin to print their objects, since it can be layered and hardened, but Kayser’s printer, dubbed the Solar Sinter, uses the hot rays of the sun to melt the silica in desert sand in place resin to form 3D objects. The device can heat layers around a quarter of an inch thick, though considering it uses sand, the device isn’t as precise as other 3D printers, but judging from the above picture, the printer holds its own.

(Markus Kayser via Colossal via Technabob)