Is this train going off the rails? 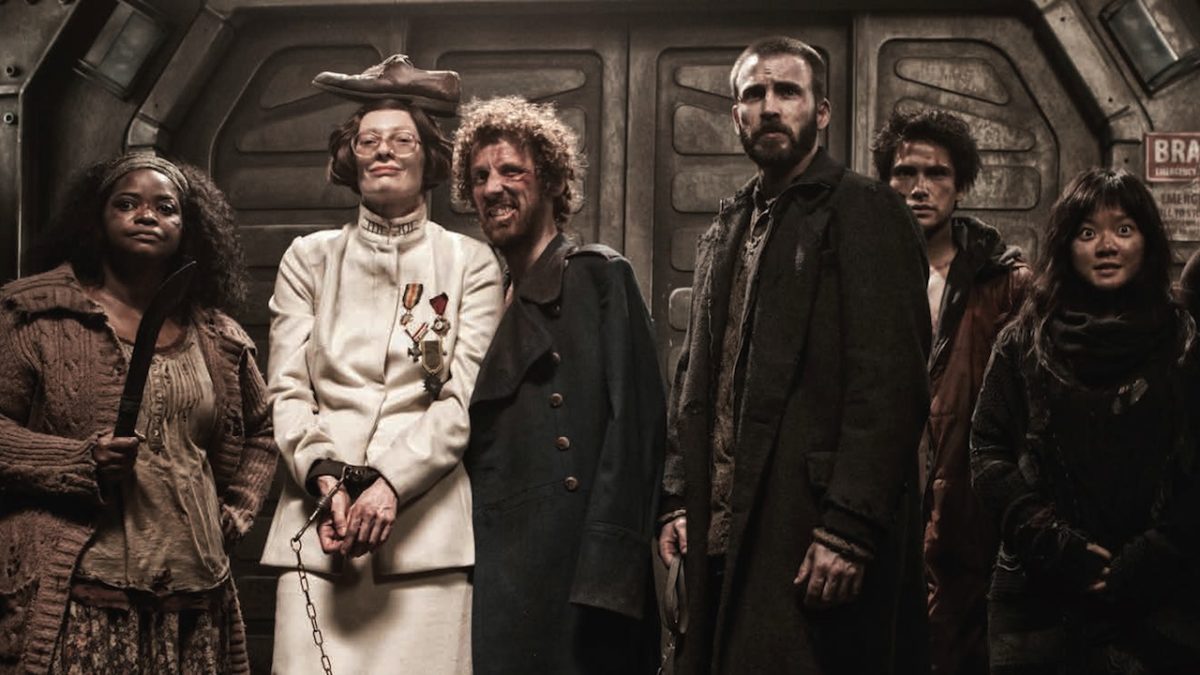 When news broke last January that TNT was ordering a series based on the 2013 film Snowpiercer, we were excited. Bong Joon-ho’s bleak dystopian thriller, based on the French graphic novel Le Transperceneige by Jacques Lob, created a fascinating world of class wars confined to the cars of an endlessly moving train.

The film starring Chris Evans and Tilda Swinton quickly became a cult hit for its kinetic energy and stylish direction. The TNT series cast Daveed Diggs in the Evans role, with Jennifer Connelly taking over for Swinton. Everything seemed promising, with a pilot was directed by Scott Derrickson (Doctor Strange) and written by Josh Friedman (War of the Worlds, Terminator: The Sarah Connor Chronicles).

But Friedman’s abrupt departure over “creative differences” brought the unstoppable train to a screeching halt. He was replaced by Orphan Black co-creator Graeme Manson, and Friedman took to Twitter to express his frustration:

Obviously the word is “compliant.” Clearly not a word I’ve used too much.

Derrickson also tweeted in support of Friedman, saying he would not be returning for the extensive reshoots that Manson’s new script required.

The 72-page Snowpiercer TV pilot script by @Josh_Friedman is the best I’ve ever read. The feature-length pilot I made from that script may be my best work.

The new show runner has a radically different vision for the show. I am forgoing my option to direct the extreme reshoots.

Friedman further called out Manson for not reaching out to him to make peace:

“If you’re asked to rewrite someone or take over their show it seems like good sense and good karma to reach out to that person first and a) find out what the circumstances of their departure are and b) thank them for doing the work you’ll be profiting from. You should buy that person a nice meal or a bottle of alcohol if they’re up for it. Your money was earmarked for them at one time. And more than likely, what may be a good job for you was a passion project for them. Put another way: if you were to take over a show I’d originated and worked on for two years and didn’t reach out to me before taking the job you’re either an idiot, a coward, or a vichy motherfucker.”

Since this all happened, Snowpiercer has left TNT and has found a new home at TBS. It’s a surprising decision, as TBS has mostly programmed comedies and lighter fare. A dramatic sci-fi series is hardly in their wheelhouse. Warner Media announced the jump in a press release, saying “Known for its culture-defining comedies, TBS will be adding dramas to its programming lineup starting with Snowpiercer.”

While the series won’t be premiering until the spring of 2020, TBS is all in on Snowpiercer, greenlighting a second season before the first season drops. Warner Media released a trailer for the series at the upfronts this week, but that trailer has yet to be made public.

All this drama does not bode well for the highly anticipated series, but we’ll have to wait another year to see how this all plays out. What do you think of a Snowpiercer series? Are you interested to see how it all turns out?