How Much Snow Makes A Snow Day? Take A Look At This Map! | The Mary Sue

How Much Snow Makes A Snow Day? Take A Look At This Map 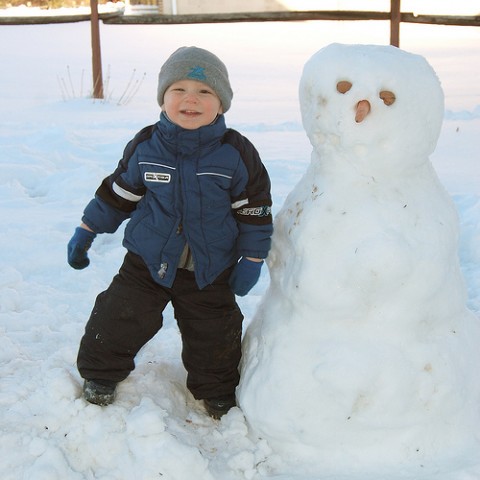 Redditor atrubetskoy has created a map that shows how much snow on average a region requires in order for school  to be cancelled. Take a look at the awesome results below to see what you have to ask Mother Nature for if you want a day off to do adorable snow things. 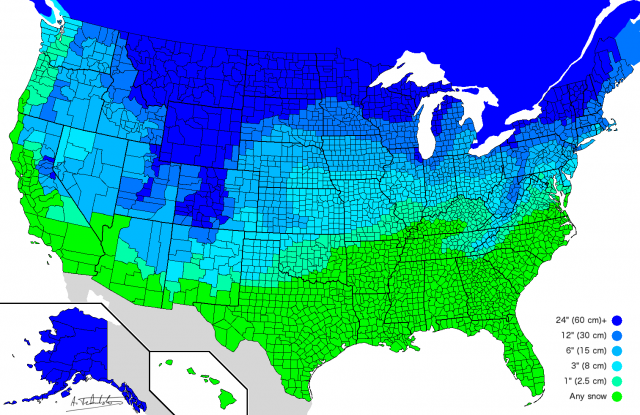 Much of the map is common sense (for instance, it doesn’t take a lot for Floridians to cancel school-any powder at all will do) but it’s a fun reminder that even tropical places like Hawaii can experience flurries. Although Hawaii probably has more lava than snow, right? Can you cancel school because of lava?

atrubetskoy admits that while his map is as accurate as possible, made by combining National Oceanic and Atmospheric Association (NOAA) data as well as user feedback, in many regions it was impossible not to make generalities.

For instance, metropolitan areas like New York and Chicago have the resources to deal with larger storms and can often keep functioning even if they’ve received enough snowfall to close schools in other parts of the state. (Sorry, city kids, sucks to be you.) Large states like California can experience drastically different amounts of annual snowfall based on an area’s elevation.

Personally, my favorite part of atrubetskoy’s map is it confirms that an increase in school closures is a result of policy changes, not just an increase in severe weather or wimpy kids. As he says on reddit,

To everyone saying “I grew up in so-and-so and we never closed school,” policies have changed in the last 20 years to make closing a much more common occurrence. Just because schools stayed open back then doesn’t mean they do these days.

He also welcomes any tips that could help make the map more accurate: “Any corrections/additions are welcome, just give a decently specific location.”

Just remember, it won’t be helpful to tell him that you went to school uphill both ways in Montana blizzards fifty years ago. The times, they are a changin’.

(via Laughing Squid images via atrubetskoy and Mike Styer)