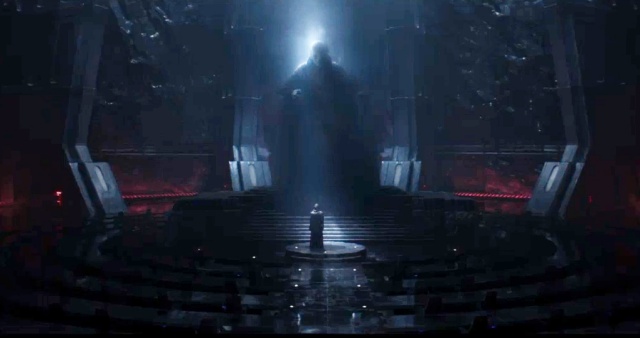 **SPOILERS for Star Wars: The Last Jedi within.**

Kylo Ren has another reason to be extra insecure about his position in Snoke’s First Order, because apparently, Snoke has trained at least one other apprentice.

This information came out on a screengrab from a Reddit page, from an official Lucasfilm magazine called The Souvenir Guide to the Movie Star Wars: The Last Jedi. In the first paragraph, it says “Force sensitive, and highly attuned to the dark side but not a Sith, Snoke has trailed Kylo Ren and at least one other apprentice.” Gizmodo confirmed that this came from a legit official source, so while we stil know little about Snoke, we can confirm at least this now.

Snoke’s history and backstory have been one of the most heavily theorized story threads in between TFA and TLJ, and while Snoke was killed off in this latest movie, it’s clear that his influence will still haunt the First Order and Kylo Ren. This piece of side information is extremely interesting, especially because, in the film, Luke explains that when Kylo Ren left, he took a handful of students with him and killed the rest.

It is possible that that other apprentice could be one of those students Kylo brought with him. After all, if Luke was forming a school to train a new generation of Jedi, that would be the perfect breeding ground for more followers for Snoke. Also, Snoke is not a Sith, so the “Rule of Two” would not need to apply to him. He could have multiple apprentices, especially to try and pluck at Kylo’s insecurities about being replaceable and not living up to his legacy. With Kylo Ren as the new head of the First Order, could he now have a use for that other apprentice?

Now, it’s also possible that this could mean nothing, because as The Last Jedi taught us, just because something isn’t explained fully doesn’t mean it’s explanation will be important. However, it doesn’t take away the fun of coming up with a fan theory (or fan fiction) about the possibilities. Plus, the idea of there being someone else lurking in the shadows to team up with Hux to annoy Kylo Ren makes me excited.

What do you guys think? Is it time to let the past die with Snoke, or does this open up the possibility of another powerful member of the Dark Side coming into the story?