Or we could maybe just place a higher value on space funding. 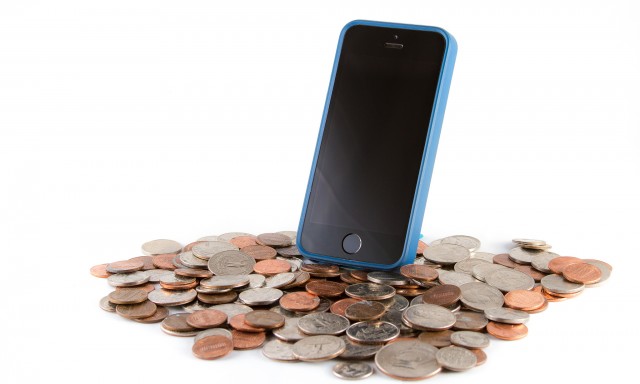 Space debris is a big problem, and not just because it might mean losing George Clooney to the cold, unfeeling clutches of outer space. If something isn’t done about the debris from space programs in orbit around the Earth, launching a spacecraft from our planet will eventually become like trying to catapult it through a shooting gallery.

Space agencies around the world are already aware of the problem, and some of them have proposed their own solutions, too. But no one’s really taken point on the operation yet, and funding is a potential obstacle. That’s why University of Maryland’s new Center for Orbital Debris Education and Research (CODER) held a conference last month to discuss the best route to get the government and private companies involved in active debris cleanup in addition to current efforts to cut down on future debris.

That’s where the smartphone tax idea comes in. Whether the government tackles the problem with NASA or relies on commercial partners, the money has to come from somewhere, and James Dunstan, founder of Mobius Legal Group, suggested at the conference that a $1 tax on the GPS chip in smartphones could be the source. The Space Review reports that Dunstan said, “Sooner or later, it adds up to enough money that people would actually go after some of this stuff.”

A $1 chip tax probably wouldn’t have an effect on the already enormous price of smartphones, but off the top of my head, I can think of a few other things that could be taxed to raised the money instead… Or just a bit of extra money in the federal budget could go towards space exploration, but that’s probably too much to ask. It’s not like the International Space Station already had to pull emergency maneuvers to avoid a piece of space debris while the area around Earth is still relatively clean or anything.

But we definitely need to pick a course of action. “Everybody who’s looked at the problem comes to the same conclusion: if we don’t start removing five to ten objects per year for the next 100 years, we’ll have an unstable environment,” retired NASA scientist Donald Kessler said in his keynote speech at the conference.

(via io9, image via Drew_dslr)