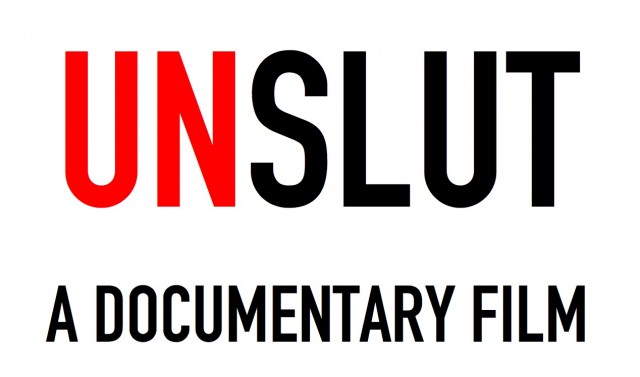 A new documentary by filmmaker Emily Lindin is seeking funding to complete post-production. Slut: A Documentary Film tells the story of Rehtaeh Parsons, a Nova Scotia teenager who took her own life in 2013 after being gang-raped and subsequently sexually bullied by her classmates. Through the diverse stories of four North American women who have overcome various forms of sexual shaming, including the victim in the Roman Polanski sex scandal of the late 1970s, Slut: A Documentary Film explores how we can improve on individual, community, and cultural levels to work toward a world where sexual assault victims get the support they need, and where the word “slut” doesn’t even make sense as an insult.

The film has even garnered the attention of WWE Hardcore Legand Mick Foley, who was featured on The Mary Sue this past November. Mick is serving as a producer for the film, as you can see here.

Emily Lindin’s experience with slut shaming began in middle school, when she was labeled the “school slut.”  In the spring of 2013, Lindin began blogging her middle school diary from those years, saying,

I had heard so many similar stories about girls in the United States and Canada, and I thought that sharing my own diary entries from when I had been “slut” shamed in middle school and encouraging other women to share their survival stories would send the message to other girls that it gets better and that they, too, can survive. It just struck me that it would be a unique way to become a part of the conversation about “slut” shaming, and to share the perspective of a girl who was actually going through it.

The word “slut” is such a loaded word that carries much power. Part of Lindin’s goal is to deconstruct the word. “I think for most women,” she said, “it represents a catch-all insult that can be applied to them no matter what they do or how they act or dress. For that reason, it’s a constant, lurking threat. That kind of threat can weigh on you and really controls the way many of us move through the world!” Lindin talked about “slut” as a powerful shaming device, one that is used to silence women. “I think the word itself is powerful because it triggers all the deeply-rooted shame surrounding our bodies and our sexuality that has been planted in many women since childhood. It provokes a deep, visceral sense of self-consciousness and even self-hatred that can be silencing and quite damaging.”

So when Lindin heard about Rehtaeh Parson’s story, she found herself compelled to make Slut: A Documentary Film. Said Lindin,

When I read about her death in April of 2013, it was the last straw. After we had raised the funds for production of Slut: A Documentary Film on Kickstarter​, I reached out to Rehtaeh’s parents to let them know about what we were doing. They invited us to come to Nova Scotia and interview them, and after speaking with them about what they and Rehtaeh went through, we knew it would be a central part of the film. Her suicide got so much media attention, but we really wanted to delve into what led her to that point – the gang-rape itself and the sexual shaming that followed. She was a real person and her family is still suffering.

Emily Lindin hopes that Slut: A Documentary Film will give a voice to people who have felt sexual shame. In particular, she hopes that victims of sexual assault will use the film as a platform to understanding and healing. Additionally, for people who haven’t considered what slut shaming is, Lindin wants those folks to walk away aware of the problem. “For people who come to the film having never considered “slut” shaming before, I hope it opens their eyes to just how pervasive this problem is and how traumatic it can be for girls and women. I hope they leave the film inspired to confront their own prejudices and conceptions about what female sexuality “should” be.”

To contribute to Slut: A Documentary Film please visit the crowd-sourcing page Seed and Spark.

Adrienne Trier-Bieniek, PhD is a gender and pop culture sociologist. She is the author of Sing Us a Song, Piano Woman: Female Fans and the Music of Tori Amos (Scarecrow Press 2013) and the co-editor of Gender and Pop Culture: A Text-Reader (Sense 2014). Her writing has appeared in various academic journals as well as xoJane, Gender & Society Blog, Feministing, and Girl w/Pen and she runs the Facebook page Pop Culture Feminism. Adrienne is a professor of sociology at Valencia College in Orlando, Florida.