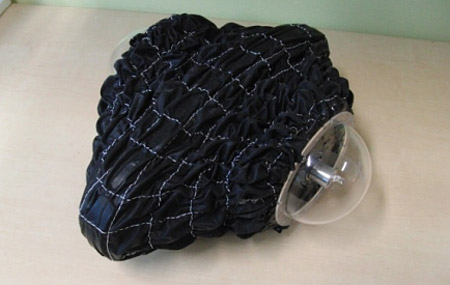 There’s a really strong trend for modeling robots after insects (and mollusks!) for good reason. Those creepy-crawly guys have adaptable mobility down to a science. Thousands of years of evolution have resulted in mechanisms of locomotion that just make sense, so what better idea is there than to totally rip them off for robot designs? The Slug Crawler Vehicle from the Chiba Institute of Technology in Japan sort of mimics the way a slug moves, and as a bonus, is completely covered in a waterproof, tread-skin to give it an extra edge.

Inside, the SCV is a little 3-wheeled-bugger. The front driving wheel can be skewed to the left and the right, which arcs the tread-skin and lets the little guy turn left and right. As you can see in the video below, it’s a pretty mobile beast and can climb up little slopes and over obstacles with relative ease, although a little slowly. On top of that, by virtue of being completely sealed in its waterproof skin, it’s waterproof (duh) and generally protected from contaminants, like dust, that might otherwise get in its mechanisms.

The main (perhaps the only) downside of this device is that it constantly looks like it’s going to burst and that a horde of spiders will erupt from within. Chiba Institute of Technology is supposedly at work on a bigger, more robust model, and I fear that the “may contain spiders” effect will only worsen. Of course, that may not bother you, but potentially revolutionary search and rescue robots of the past few days are 2 for 2 when it comes to giving me the heebie jeebies. 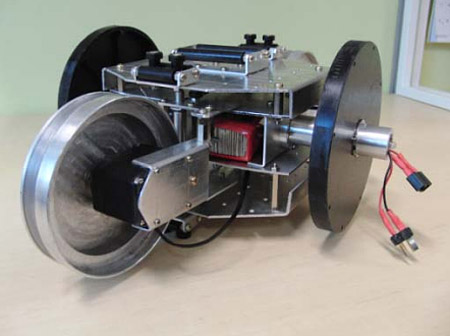