Join Us for a Special The Mary Sue Announcement 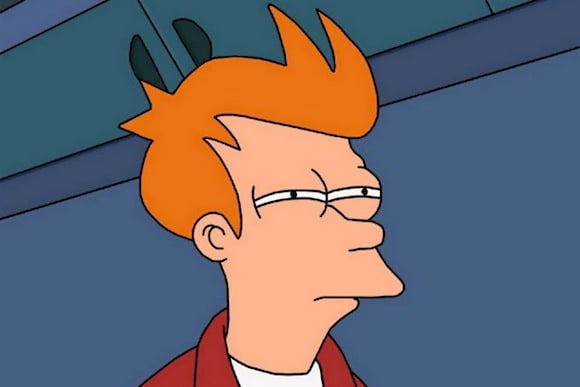 As we all know, women do not present a large enough portion of the audience for geek media for anyone to care about, and so, in an effort to widen our audience, The Mary Sue will be rebranding to The Marty Stu. You can expect to see the changes start rolling out next week. We’ll be replacing Leela with her co-star Fry, above. Instead of Hermione at the top of our header, you’ll see Harry. Instead of Starbuck, Starbuck. We trust that our loyal readership will stay with us through this brief time of change. If you don’t, you were probably just a fake geek anyway.

Yeah, we were joking. This was our one, and only, April Fools joke. Hopefully it was obvious! If not, here’s the Internet’s most famous huggable kitten to sooth your jangled nerves.

And here’s the trailer for next week’s episode of Doctor Who, should your inclinations align in such a way.