The Chronicles of Slave Play & Talkback Tammy: An Examination of Whiteness in 3 Parts 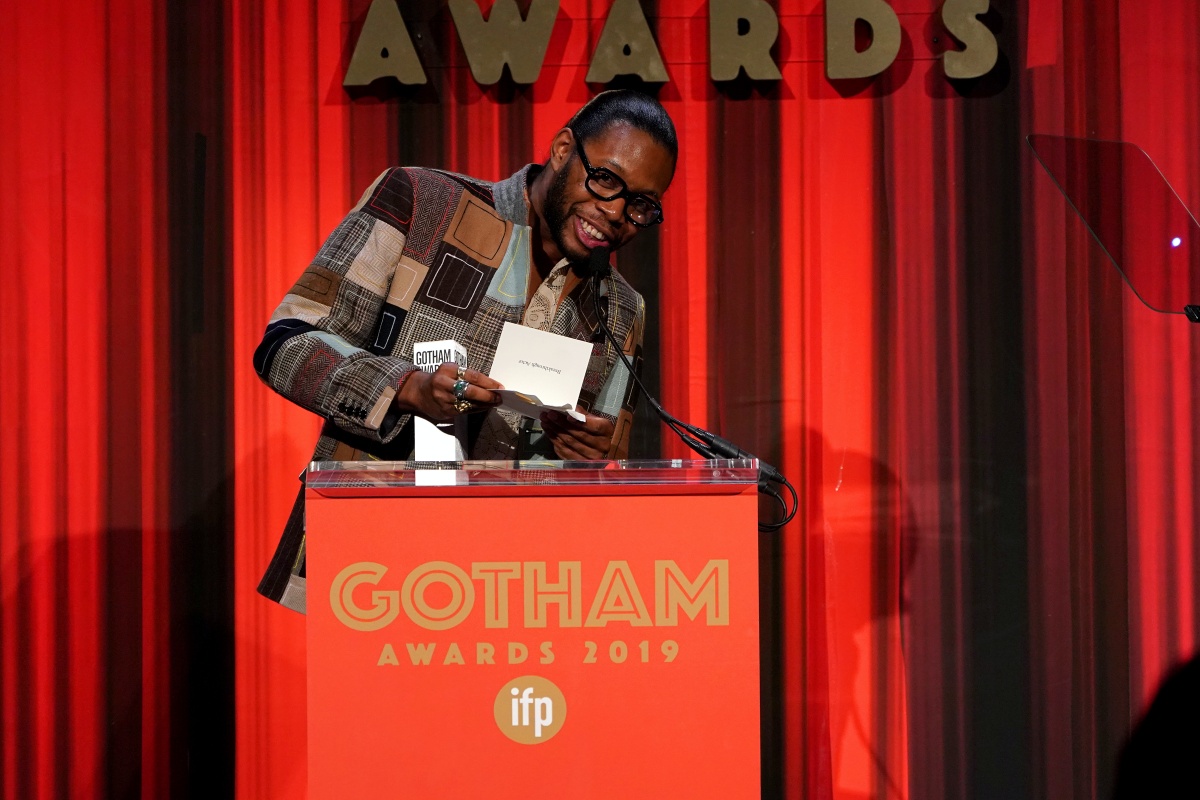 It was only a matter of time until someone came through and decided to go to the Broadway show Slave Play and act a fool. Last week, a white woman, who the internet has dubbed “Talkback Tammy,” threw a fit during the Q&A portion of the show.

As reported by Buzzfeed News, the woman “just freaked out,” as another woman named Sydney explained: “The videos don’t do it justice. She went off on him … She was screaming at the top of her lungs. She could not handle her own guilt or responsibility in her own feelings, and she demanded that Jeremy help explain and handle her feelings.”

For those who do not know, Slave Play—written by Jeremy O. Harris, a Black gay man, and the subject of a lot of praise and controversy—is about three interracial couples who visit a workshop that has an Antebellum master-slave role-playing therapy theme, as a way to fix their relationship issues. Harris had a Q&A, and while Tammy raised her hand, she wasn’t picked, but that did not stop Tammy.

Imma tell my kids this was The Blind Side pic.twitter.com/lAbc9D8KuP

Just saw the amazing @SlavePlayBway by @jeremyoharris after which a white audience member jumped up and accused him of being “racist against white people.” The confrontation proceeded from there. Clips in this thread. #slaveplay pic.twitter.com/KiXbo0rdcC

The woman shouted that she “doesn’t want to hear that white people are the fucking plague all the time.” She then began to make a case that she was a marginalized person as a woman, according to Buzzfeed and Sydney’s account:

She proceeded to say she has been a victim of rape, false arrests, having her children taken away, and “being told as a single woman [she’s] not good enough to fucking raise them.”

“How the fuck am I not a fucking marginalized member of this goddamn society?” she asked Harris.

“I never said you aren’t,” the playwright calmly responded. “I never once said that you as a white woman were not a marginalized person. But if you heard that in my play, I don’t know what to tell you. Perhaps read it or see it again.”

Apparently, there were people on “both sides” as the woman raged, and the audience acted in kind. Thankfully, Harris acted with the kind of calm and grace you’d expect. I have not seen Slave Play (I don’t have Slave Play money), but I know it is deeply polarizing for a lot of people, especially Black audiences.

Still, she made her point (and was not identified), so you’d think it would end, right? Well, y’all don’t know Tammy.

Act 2: Let Me Speak to Your Manager

Now, in a Washington Post interview, Harris said he listened to the woman because “it would have been hypocritical of me as someone who said from the beginning, I wanted this to be a play that sparked conversations” and that “The plays shows the unconscious ways that white people take up space, that they don’t leave open for black people. This play doesn’t necessarily have to be about her … but she did just create her own character.”

Even in this, he attempted to be civil, despite doing a joke on Twitter, which I think is fair considering the massive outburst she had.

Still, even with that … Tammy still had some energy left in her.

I think this Talkback Tammy’s ACT 3 monologue…shes now moved to a digital space and began a BROADWAYWORLD message board account.

Tammy then left a message on a message board talking about her experience with the show, calling it “racist” and filled with a ton of “whataboutisms” and “if I said this to a Black person”-isms.

This also has nothing to do with giving the play actual feedback. A lot of Black critics I respect, like YouTuber For Harriet, have broken down their complex feelings about the play, and I think Black art should never be above scrutiny, but in this case, this is a white woman feeling some way about coming face to face with the issues in the play, and deciding to make a scene. I highly doubt that a Black female critic, who might have felt the same sort of anger for different reasons, would have done that. Outbursts like this detract from actual criticism.

On that note, Tammy, thank you so much for taking up space and, ironically, proving the thesis of Harris’ show to be correct when it comes to you.

(via Shadow and Act, image: Jemal Countess/Getty Images for IFP)