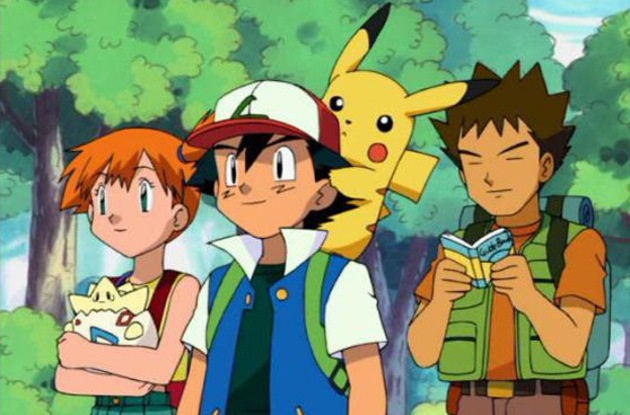 By now you’re probably aware that Pokémon Go fever has swept the globe – or at least the parts of the globe where it’s currently available. From North America to Norway, the Dominican Republic to Down Under, would-be Pokémon Masters are scouring the streets, public parks, and churches in their neighborhoods in search of rare pokemon. Part of what makes Pokémon Go so addictive is its use of GPS, luring players out of the house to find the elusive pocket monsters in the real world. However, it’s important to remember that the game is augmented reality, not virtual reality. Just as your avatar carries essentials in their backpack when out on a trek, so too should you leave the house prepared before going on a long pokéwalk. With that in mind, here are the six items I don’t leave my house without when playing Pokémon Go. 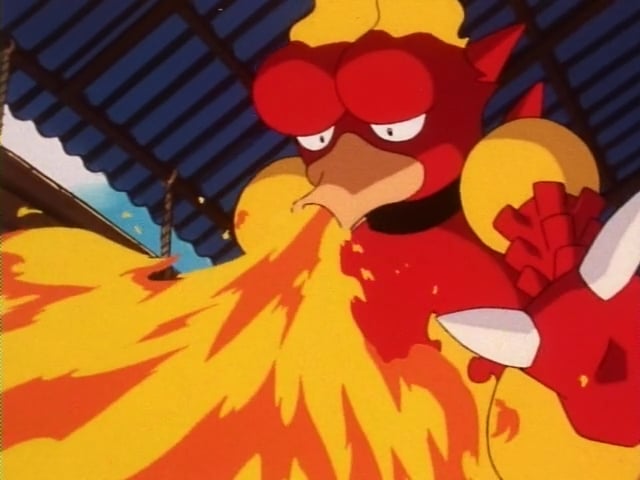 “I just wanted to catch a Vulpix. I have so many regrets.”

If you are playing Pokémon Go in the Northern Hemisphere, you have doubtless noticed that it is summer, and that summer is hot. Don’t be fooled into thinking that you’re just going to quickly duck into the backyard to catch that Squirtle. The game has been expertly engineered to get you out of the house and keep you out of the house. Depending on the UV index (which you can check daily via the EPA website), your unprotected skin can burn in under 10 minutes. Contrary to popular belief, the weather doesn’t have to be extremely hot to cause a nasty burn, so if you’re heading outside lather on that SPF and slip it into your bag for further applications. A hat is also a good idea (burned scalps = no fun). You don’t want to come home looking like Magmar! 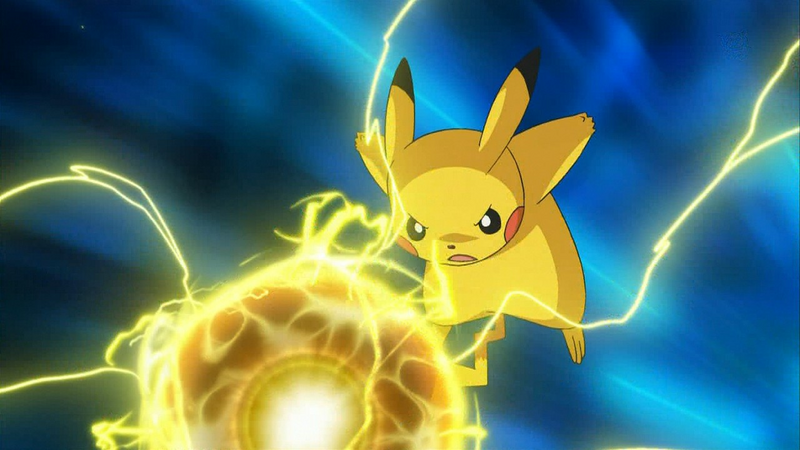 “No matter how hard he tried, Pikachu’s iPhone still wouldn’t turn on.”

If you played any significant amount of Pokémon Go over the weekend, you’ve probably already figured this one out. I had enough time getting my Samsung Galaxy to hold a charge before I started playing – now? Forget it. There’s nothing more frustrating than spending 40 minutes tracking a rare Pokémon only to get within one step of it and have your phone die. While there are some handy tips for extending your battery life while playing, including a battery-saving mode in the game itself, every good Pokémon trainer comes prepared. Pick up a power bank or external battery and you’ll be able to chase Pokémon all over the neighborhood to your heart’s content. 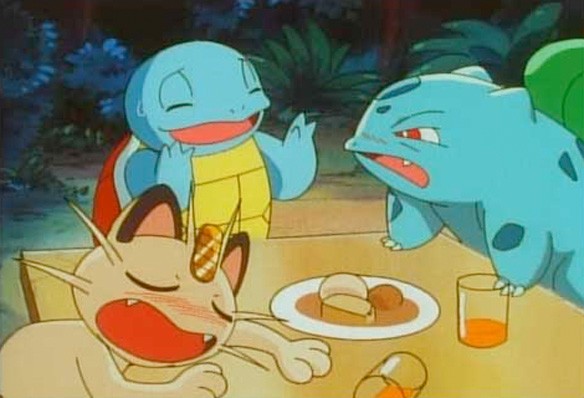 “Please note: a tequila sunrise is not a significant source of nutrition nor hydration”

This falls into the same category as #1, and might seem obvious – but if you’re anything like me, your first thought when playing a cell phone game isn’t “welp, better hydrate!” Pokémon Go is great because it gets you exercising without really feeling like you’re exercising – however, that also means you don’t think to prepare yourself for it as you would if you were hitting the gym or heading to the local basketball court. Prior to playing Pokémon Go, I’d already downloaded HydroCoach to make sure I was getting enough water per day, and there are tons of other free apps and websites that can help you figure out how much you should be drinking. If you’re heading out, pop two 1 liter bottles in your bag just to be on the safe side. You’ll stay energized and your mouth won’t feel like an old sock when you get home.

It’s fun to play Pokémon Go alone, but it’s even more fun with a friend! Folks are already running into fellow trainers/complete strangers on the street and swapping knowing looks (shout out to the 15+ people I saw in Audubon Park on Sunday afternoon), but it’s equally as enjoyable to head out with a friend/team-mate. Not only can you hit up the local gyms and tag-team them for supreme dominance (go Team Mystic!) you can also sure up your safety. This is particularly true if you’re heading out at night to catch ghost Pokémon. Remember: the real world is still the real world, and in many cities it’s not advisable to wander the streets alone. 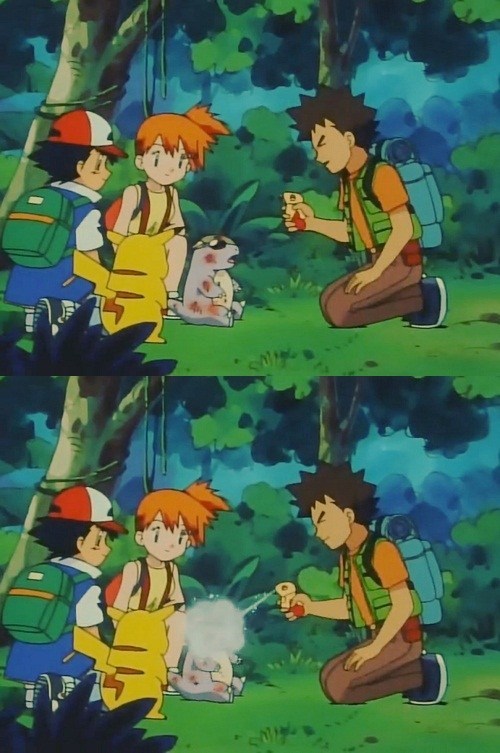 “Please only deploy in an emergency situation. Brock is a jerk.”

This is a controversial addition to your real-world PokéPack, and isn’t suitable for all players/all locations. But if you are heading out in the evening to catch that elusive Ghastly, it’s wise to plan ahead. There are, unfortunately, already reports of armed robbers using the app to locate victims, and while it’s tempting to brush this under the carpet and assume it won’t happen to you, it’s always best to plan for the worst. Crimemapper offers a great (free) resource for tracking crime reports in your area in real time, so you can avoid stumbling into an unknown, unsafe area. Don’t assume you know your city just because you’ve driven through it; navigating an area on foot is very different, and it’s sadly not uncommon for folks with their eyes glued to their cell phones to become easy targets. I’ve had this bad boy on my keychain for years just in case I run into trouble, and there are many other low-key (but effective) self defense tools you can easily and cheaply purchase from Amazon. Sadly, all my efforts to locate Pikachu pepper spray have been fruitless. Maybe I’ll pick up one of these and write a fun Pinterest tutorial. 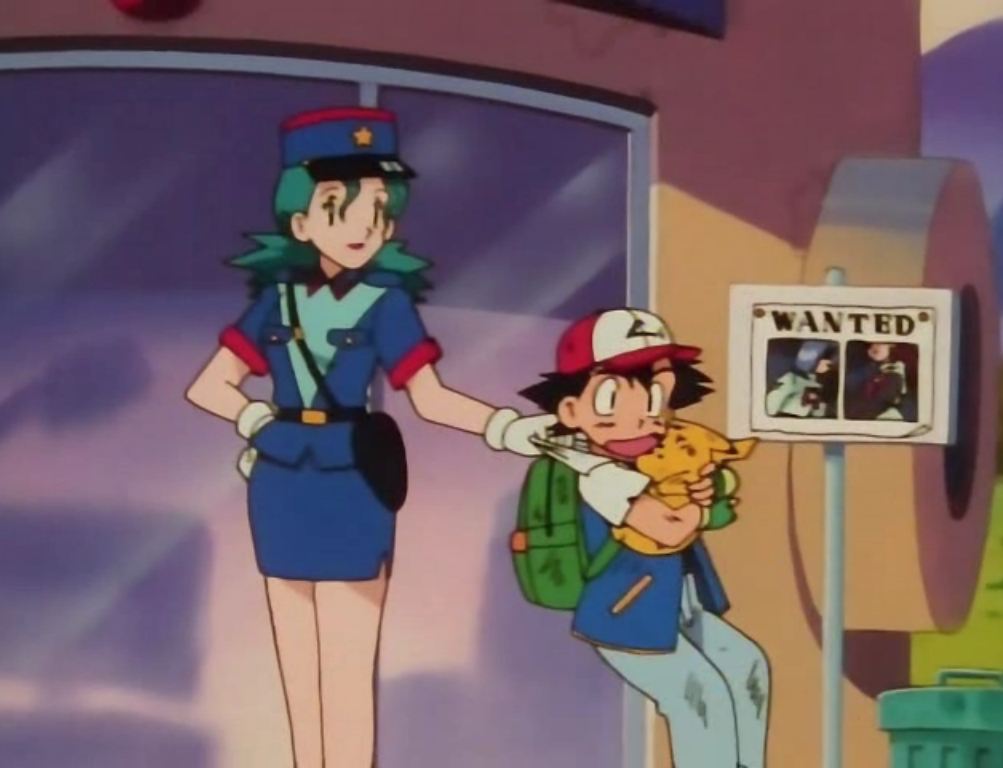 “What’s that you have there? A Pikachu? NYOINK.”

Yes, you and I know we’re just trying to wrest the kid’s jungle gym in the local park back from Team Valor, but the local police department don’t know that. Actually, I’d be surprised if police departments nationwide aren’t at least peripherally aware of Pokémon GO at this point, but that doesn’t mean they’re going to be okay with you pacing back and forth outside a church at 2 in the morning. Police response to the game has ranged from amusing to heartwarming to disconcerting. As Omar Akil points out in his article Pokémon Go Could Be A Death Sentence For A Black Man, the odds of receiving a less than fluffy response from the cops while you’re trying desperately to hunt down a Ponytar are significantly higher if you’re a person of color. To be on the safe side, make sure you’ve got your ID on you in case you get stopped.

Stay safe out there, trainers! Can’t wait to give you the slow nod of camaraderie and approval as we pass by each other on the street.