Check Out the Menacing New Sith Troopers From Star Wars: The Rise of Skywalker 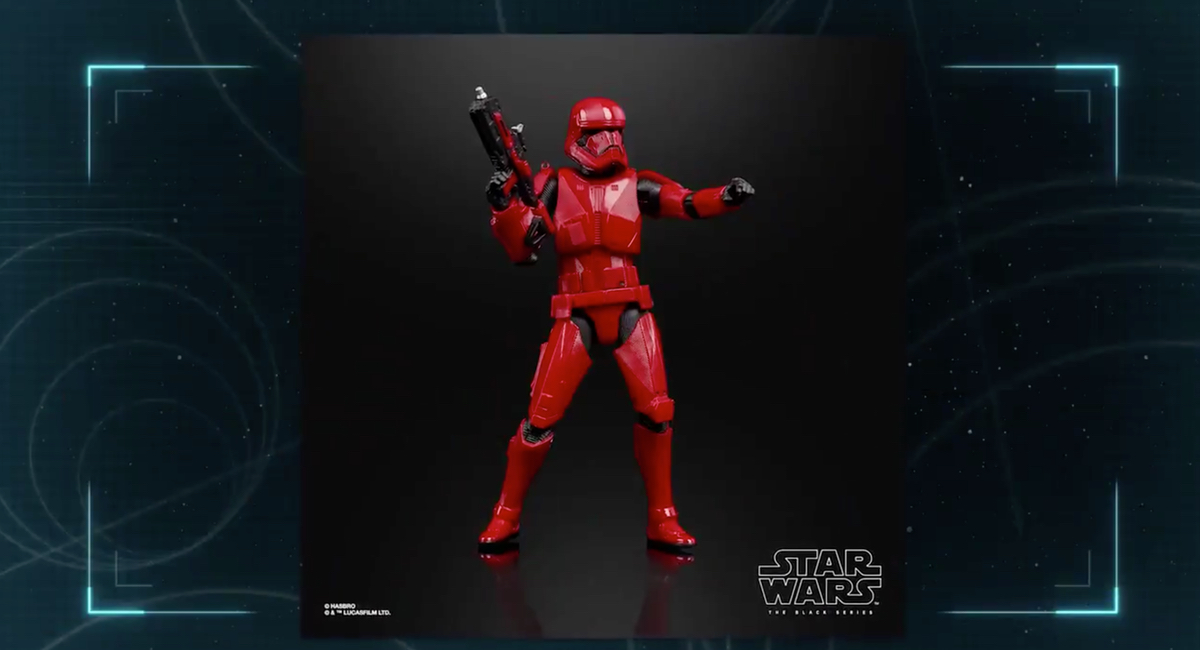 Each Star Wars film released recently has featured a cool new variant of stormtrooper. We had the new First Order troopers for Star Wars: The Force Awakens, Death troopers and Sand troopers in Rogue One, Executioner troopers in The Last Jedi (alongside the Praetorian Guards, who weren’t stormtroopers but were still new), and Mud Troopers in Solo. Naturally, The Rise of Skywalker will see its own trooper variants.

Unveiled today on The Star Wars Show, Star Wars: The Rise of Skywalker will feature “Sith troopers,” stormtroopers decked out in bright red armor. They’ve got a variety of weapons, going by the box for their Black Series action figures, and look to be ready to cause a lot of trouble for the Resistance. The question that remains is what purpose do these new stormtroopers serve in the grand scheme of things, beyond selling more toys?

Yes, it’s true, one of the reasons that we get so many trooper variants is because we must sell toys to the young (and not-so-young) who love to collect Star Wars merchandise. Some trooper variants, like the Mud trooper and the Executioner trooper, really were glorified cameos designed to make a Funko variant, but like the trooper re-design for The Force Awakens and the Death troopers of Rogue One, these troopers might serve a narrative purpose.

Rumors abound that Kylo Ren will have trouble keeping control of his new Empire. As Ren tries to embrace the Dark Side more and more, he probably amasses his own army of personal guards, much like how his predecessor Snoke had his Praetorian Guards. Sith troopers would be aptly named, as Kylo wants to be a Sith lord in the vein of his grandfather, Darth Vader. His own guards named after his goal seems fitting.

Does this mean that Kylo doesn’t quite trust his fellow Knights of Ren, who are set to appear in the film? And who exactly is he protecting himself from—Hux, or Richard E. Grant’s new general? The existence of Sith troopers points to more questions we won’t get answered until December.

In the meantime, you can check out the Sith trooper armor at San Diego Comic-Con next week, as well as grab some merch bearing their helmets. Expect to see quite a few Sith troopers at cons later this year, as well, once the cosplayers get their reference photos collected.