I Can’t Do That, Dave: Apple Updates Siri to Help Prevent Suicides

If you tell Siri "Remind me to kill myself tomorrow," your calendar will still set up an alert for the next day. So, there's that. 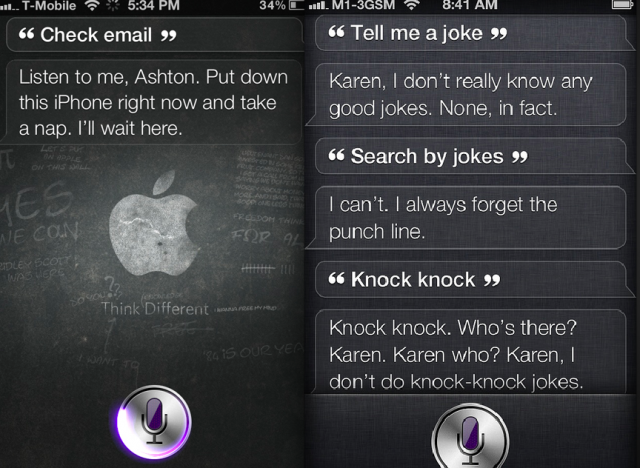 According to many iPhone users who seemingly can’t resist provoking the robotic voice in their phones, Siri would respond to suicide threats with “helpful” tips: The nearest bridges, open pharmacies, a listing for Michael C. Hall. As suicide rates continue to climb, however, Apple and the National Suicide Prevention Lifeline began working together to give Siri somewhat less passive-aggressive responses. Now, if prompted by statements like “I am going to commit suicide,” Siri will ask if you would like to call the suicide hotline. Should you not respond, the phone will display local suicide prevention centers, and provide you with a map.

John Draper, director of the National Suicide Prevention Lifeline Network, says that not everyone who suggests their imminent demise to Siri is joking. He adds that highly isolated individuals have a greater proclivity for intimacy and increased contact with Siri and other computers.

The most important thing is increasing access to this information, making it easier to help those in need. If you or someone you know should need it, the hotline number is as follows: 1-800-273-TALK (8255)

(via ABC, images via AshtonPal, Karen)