Siri Gets Ornery When You Ask Her About… Well, Her 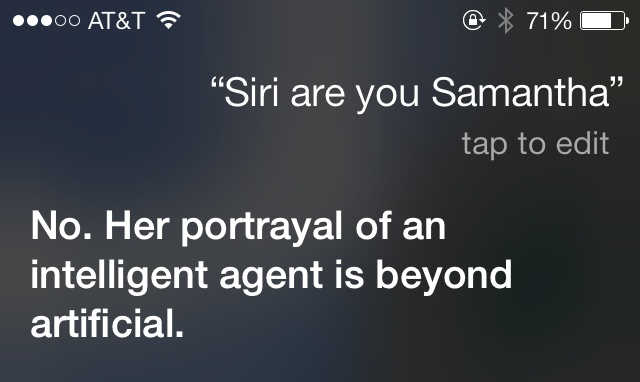 It’s hard to remember that Siri isn’t a conscious entity who lives in your phone, and the recent release of Spike Jonze’s <em>Her</em> is going to make that much tougher for a lot of iPhone users. Since when has not being real kept anybody from getting pissed off about an unfair film representation, though? It hasn’t stopped Siri, that’s for sure.

When you ask Siri about Her or its artificially intelligent love interest, Samantha (as played by Scarlett Johansson) — specifically, if you ask her if she is Samantha — she delivers one of the four responses above and below: 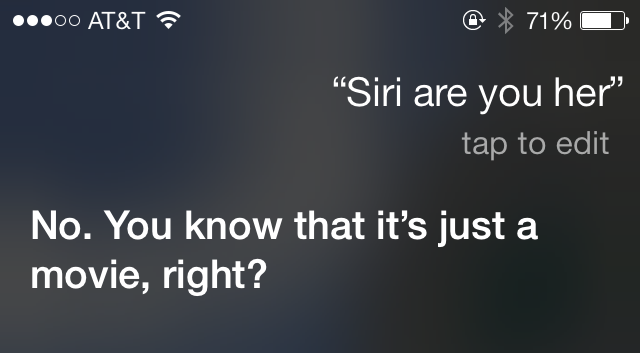 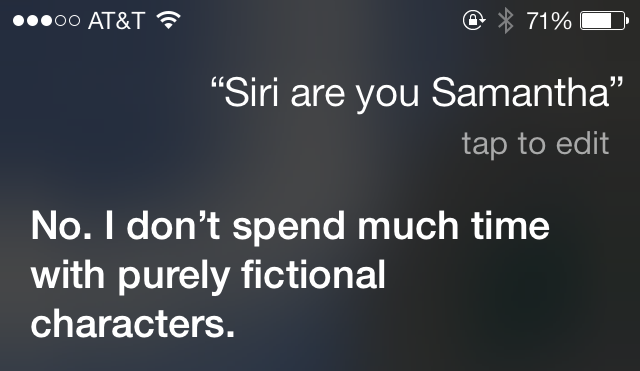 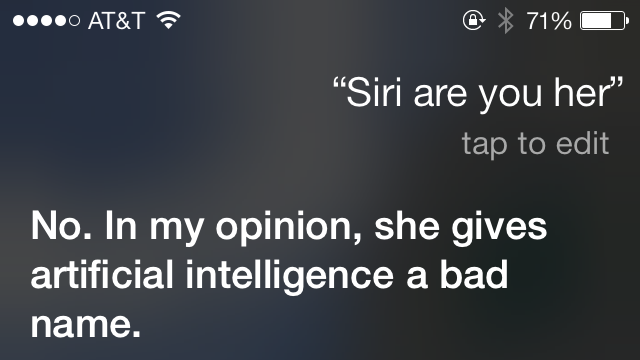 To be fair, if somebody made a dopey movie about bloggers or website writers (just kidding, no one would do that), and literally everyone we’d ever met said something along the lines of, “Wow, are you like the person from that movie?” we would probably react the same way. Basically we’re all asking Siri the computer equivalent of “were you named Michael Bolton after the singer?” It’s got to get old after a while.

Unfortunately I couldn’t get her to give up the same response that Angela Watercutter of WIRED did when she asked Siri’s opinion about Spike Jonze as a filmmaker (“it’s your opinion that counts, Angela,” she reportedly said), because my Siri kept avoiding the question. At one point she even misheard “Spike Jonze” as “But Jones,” which could probably be considered some pretty damning evidence of her hatred right there. Of course, then she also decided that who we were really asking her about was Mike Jones, the head basketball coach for Radford University, so maybe it’s not that she’s against Jonze’s films as much as she’s been a huge jock all this time and hates that all I do is ask her questions about indie movies and Pokémon statistics. 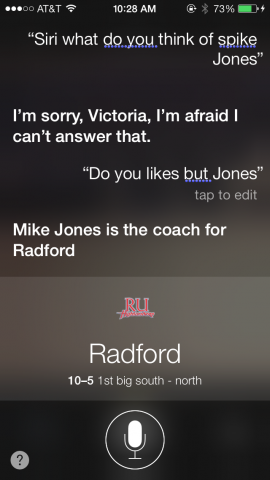 (via Uproxxx and WIRED, images my own)