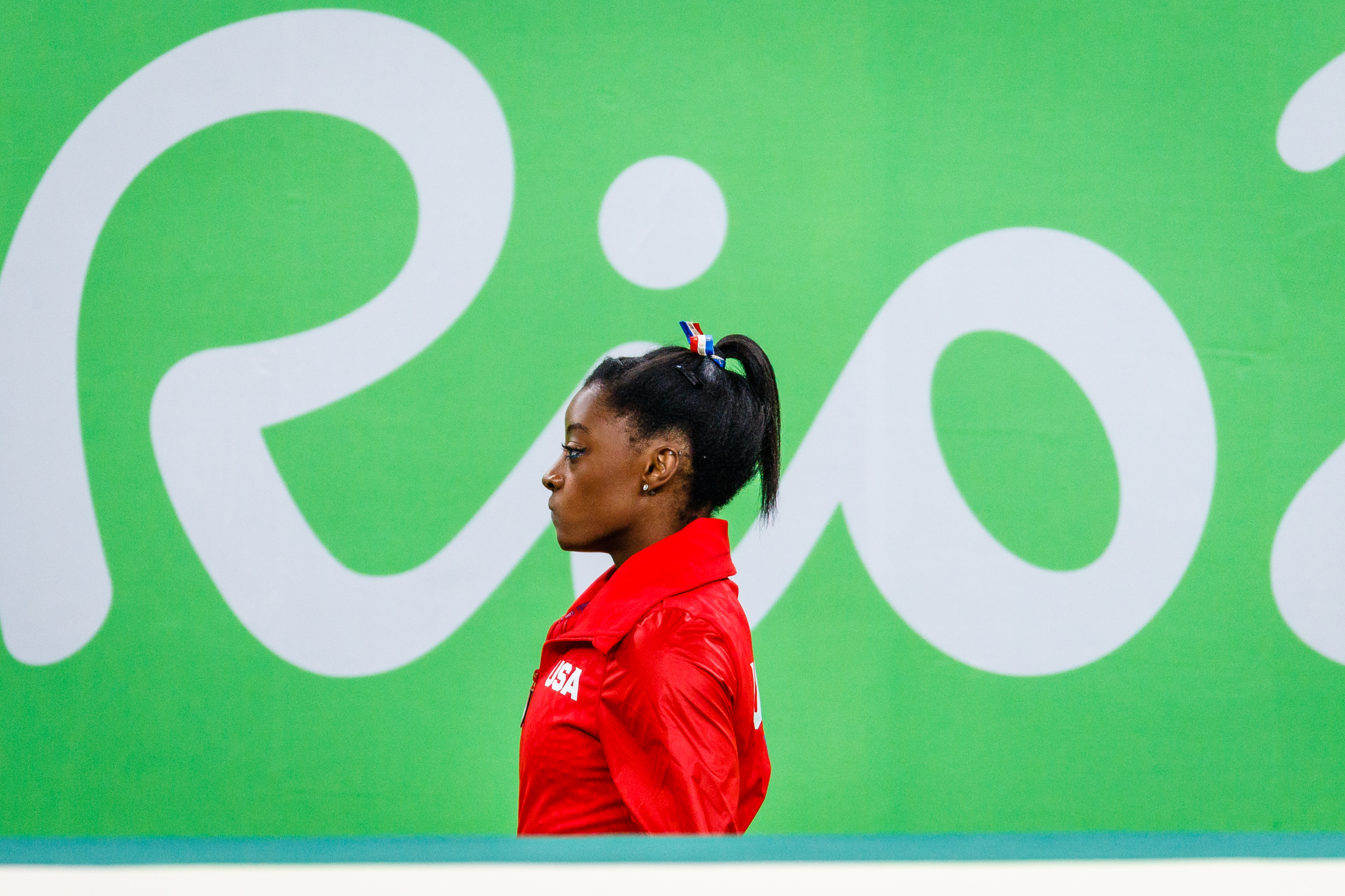 Simone Biles, the most decorated American gymnast in history, has come forward with allegations against Larry Nassar, the sports doctor who formerly worked with USA Gymnastic and has been accused of sexually abusing more than 140 women and girls.

“Most of you know me as a happy, giggly, and energetic girl,” her post begins. “But lately … I’ve felt a bit broken, and the more I try to shut off the voice in my head the louder it screams.”

“I am not afraid to tell my story anymore. I too am one of the many survivors that was sexually abused by Larry Nassar. Please believe me when I say it was a lot harder to first speak those words out loud than it is now to put them on paper. There are many reasons that I have been reluctant to share my story, but I know now it is not my fault.”

“For too long I’ve asked myself, ‘Was I too naive? Was it my fault?’ I now know the answer to those questions. No. No, it was not my fault. No, I will not and should not carry the guilt that belongs to Larry Nassar, USAG, and others.”

“After hearing the brave stories of my friends and other survivors, I know that this horrific experience does not define me,” she continued. “I am much more than this … I love this sport too much and I have never been a quitter. I won’t let one man, and the others that enabled him, to steal my love and joy.”

Biles joins more than 140 other survivors who have accused Nassar of sexual abuse. The accusers include Olympic gold medalists Gabby Douglas, McKayla Maroney, and Aly Raisman.

McKayla Maroney, a member of the 2012 “Fierce Five” Olympics team, came forward with allegations against Nassar and against USA Gymnastics in November of 2017. Her lawyers have filed a suit alleging “USA Gymnastics actually tried to silence her nearly a year earlier by making her sign a non-disclosure agreement [NDA] as part of a financial settlement she needed to pay for psychological treatment.”

Biles’ teammate on the 2016 Olympics team, Aly Raisman, also accused Nassar in November of 2017, and she tweeted her support for Biles. “I am so proud of you … I am shaking reading your post,” she wrote. “I know we will all get through this together.”

I am so proud of you. You are incredible Simone. I stand with you. I am shaking reading your post. I know we will all get through this together. https://t.co/Ziec5Fkhwv

Gabby Douglas, another of Biles’ 2016 teammates, also came forward to say she was abused. “I didn’t publicly share my experiences as well as many other things because for years we were conditioned to stay silent,” she wrote, “and honestly some things were extremely painful. I wholeheartedly support my teammates for coming forward with what happened to them.”

Nassar worked with USA Gymastics from the 1980s through July 2015. He has already been sentenced to 60 years in federal prison for child pornography charges, and he is now awaiting sentencing after pleading guilty to seven counts of criminal sexual conduct in Michigan. The judge in the case is holding a four-day sentencing hearing, with victim impact statements from nearly 100 women and girls. Prosecutors are seeking an additional sentence of 40-125 years in prison.

There are so many horrifying elements of this story. The victim count. The NDAs. The fact that these girls had to achieve so much while carrying so much pain. One of the many horrifying discoveries of the #MeToo movement has been the revelation that so many survivors felt they were alone, and that so many predators had multiple victims. I’m glad that Biles has gotten the support she needed to make this statement, and I hope she is given the privacy, the space, and the help that she needs to heal.

(Via The Hollywood Reporter, The Guardian, and The Independent; image: Petr Toman / Shutterstock)