Why Simone Biles’ New Bronze Medal Means So Much 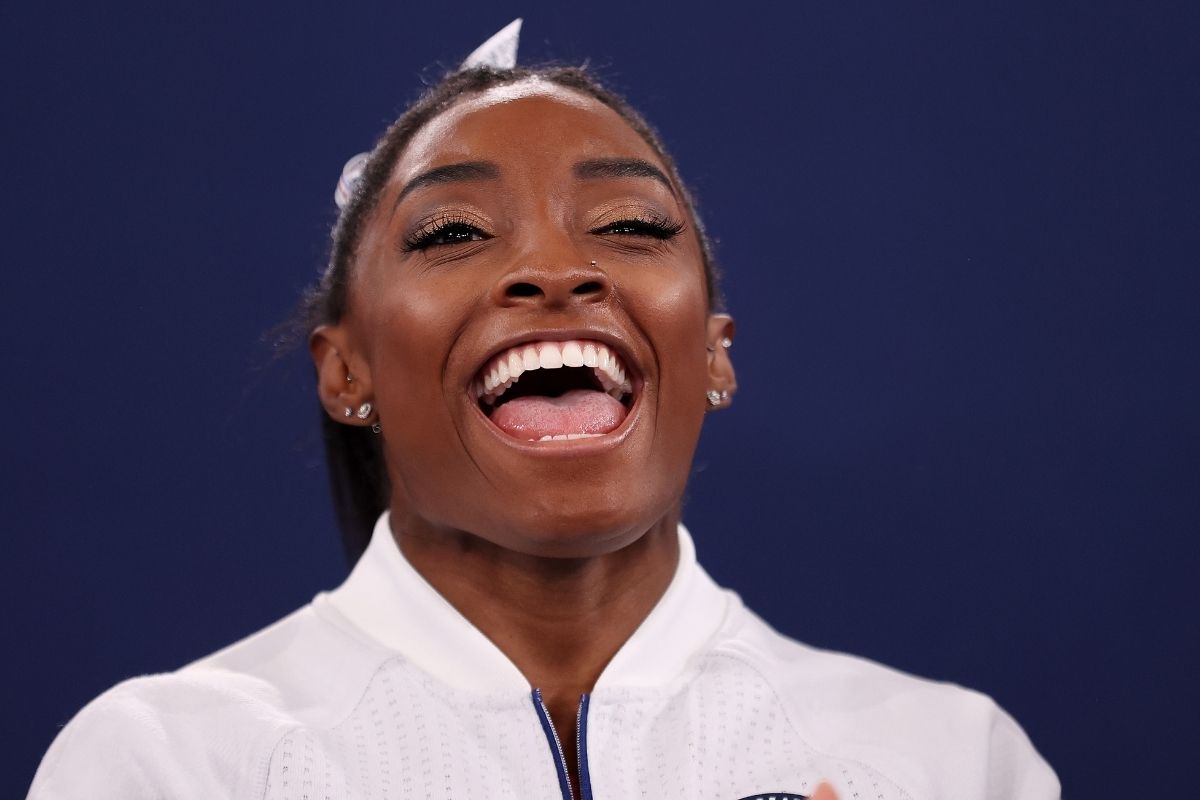 Simone Biles winning a bronze medal for the balance beam at the Tokyo Olympics hits hard—and I don’t mean in a bad way. Her win hits hard because it feels like Biles rising up and pushing past the adversity she has experienced. Last week, things were different for Biles. She was experiencing some mental health issues that were throwing her off. As a means of protecting herself from harm, she walked away from competing in multiple Olympic events, paving the way for others on her team to go ahead and win big.

This week, Biles came back, and she went for it. She gave it her all, proving to the world that she’s still got this. But most importantly, she proved it to herself. She said this bronze medal means more to her than all of the gold ones she’s earned in the past, because of all that she had to overcome to achieve it, according to NBC: “It means more than all the golds. I pushed through so much over the last five years and the last week while I’ve been here. It was very emotional and I’m just proud of myself and all of these girls as well.”

Biles’ win also matters to those who admire her and want to be like her. After showing her vulnerability last week at the Tokyo Olympics, there was plenty of hate going around from people who really had no business weighing in at all. But there was also a lot of love from longtime fans and new ones who saw themselves in Biles and her experience, and having that connection while the person in question is struggling mentally humanizes the athlete and allows us all to connect to her and each other, feeling a little less lonely as a result.

It’s also important to note that Biles has added to her Olympic medal collection after setting boundaries for herself. She could’ve not been true to herself when she was doing her floor routine or the vault last week. She could’ve let other people determine which direction she was going in and what event she was participating in. Leaving the stage to talk to a medical assistance and then pulling out of her events shows self awareness and a healthy set of boundaries meant to protect Biles mentally and physically, and I was proud then and still am now.

I’m not the only one who believes in Simone and her drive to overcome her mental health issues to continue being the GOAT!

SIMONE👏🏾 BILES👏🏾 *all the applause* So awesome to see you back up there! You have so much to be proud of! Your resilience is so inspiring! ♥️ @Simone_Biles 👏🏾👏🏾👏🏾

Simone Biles does a double pike dismount, which she hasn’t done in approximately 9 years! What a wonderful performance! pic.twitter.com/r1y7ceKyhG

Simone Biles has often said the bronze she won on beam in Rio is the one she’s proudest of.

Well … now she’s got two. And I imagine this one might even carry more weight than the first.

Simone is a goat and I am just a humble goat watcher https://t.co/v34NYWm8Ru

Proud is an understatement. Simone Biles may be adding another medal to her Olympic collection, but what’s even more special is the way that she set a boundary for herself on the world stage. No medal is worth your physical or mental health. This one she did for herself 🤍 pic.twitter.com/VMAes63ZdA

simone biles is an absolute QUEEN

The whole world is proud of you @Simone_Biles. A bronze in Rio that you didn’t feel was celebrated but this bronze will probably mean more than any medal before. You’re an incredible human on and off the competition floor. Congratulations 👑 keep being you !! pic.twitter.com/aKT6d8JAv9

Congratulations to the GOAT, Queen Simone Biles for winning bronze🥉 at the balance beam event and tying the record for most Olympic medals won by an American gymnast. We are so proud of you! #Tokyo2020 #BlackGirlMagic pic.twitter.com/NEpNBbsWU6

“This definitely feels sweeter than Rio’s bronze medal on beam because I did a good beam routine,” she said.

Simone Biles you are a true gift to this sport❤️ pic.twitter.com/xnkpzoaKNM

For some reason, I am so moved by Simone Biles’ bronze medal winning beam performance — perhaps even more than her previous golds. Because this one has such symbolic meaning: it symbolizes her perseverance against adversity! Go Simone! #SimoneBiles pic.twitter.com/0ox75ZGKpH