Watching She-Ra is going to be something for all kinds of women and we're going to love it. 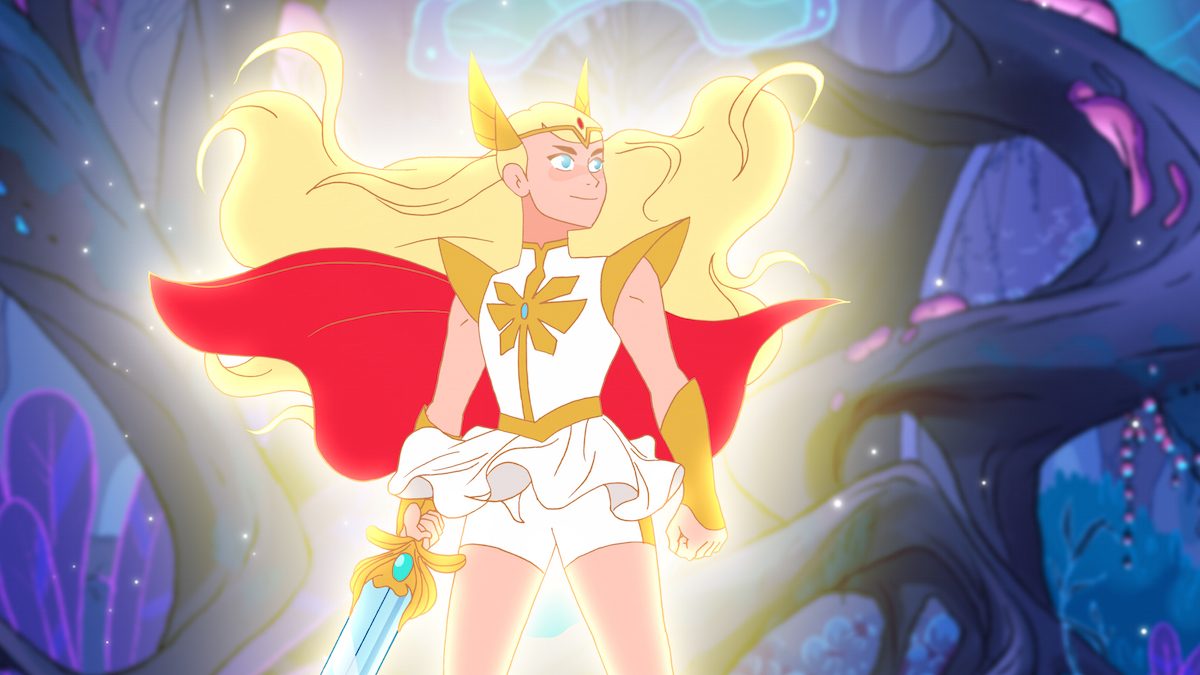 Not everyone is familiar with She-Ra (and, until recently, that included Aimee Carrero, the voice of Adora in the new Netflix series). I wasn’t. But that doesn’t mean the new rebooted show is any less impactful for those of us meeting the character for the first time. Going into the She-Ra panel at NYCC, I was unaware of what the show was about to be. So it was surprising to find myself crying the minute I heard “For the honor of Greyskull” and I watched as Adora became the She-Ra those around me knew.

Here is the thing about feeling empowered: It never gets old. With She-Ra, she has an entire best friend squad who are princesses fighting for their home of Etheria. The show puts She-Ra and the princesses at the center of that fight, but it’s in no way demeaning or disrespectful to its male characters. It’s just women taking their place among men to fight for their home.

During the panel, actress Karen Fukuhara touched on a really important part of She-Ra. When she was asked what she was excited about with the release of the show, her answer was about how she couldn’t wait to see young girls cosplaying the princesses someday. It wasn’t necessarily that she could get to see herself reflected in them but rather that those children would have characters to look up to.

Karen talked about her love of Sailor Moon and her own feelings towards it as a child and it really drove home the need and importance of She-Ra. Sure, we look back on Sailor Moon and The Powerpuff Girls and can remember what it meant watching those shows. However, at this point, we might be taking them for granted.

There aren’t really cartoons like that on television right now. Yes, Wonder Woman and Captain Marvel are dominating the box office but seeing heroes on our screens every single night is something entirely different. We grew up as a generation of strong women while having these role models to look up to in our television heroes.

With Noelle Stevenson’s new edition of She-Ra coming to Netflix, her influence can be felt by a younger generation as she proves her power all on her own (and with the help of her friends). At the start of the show, Adora is on her way to be the right hand of the villain Hordak, but she’s saved her from what she could have become. Adora is then allowed to be the hero in her own story and uses her friends to help bring Etheria and the princesses back into their rightful place.

Hopefully, at the next comic con, we see lots of little kids out there wearing their She-Ra costumes or being the Glimmer they want to be. We’ll have to wait and see when the show hits Netflix this November.