Shazam! Found a Unique and Fun Way to Fit Into the DCEU 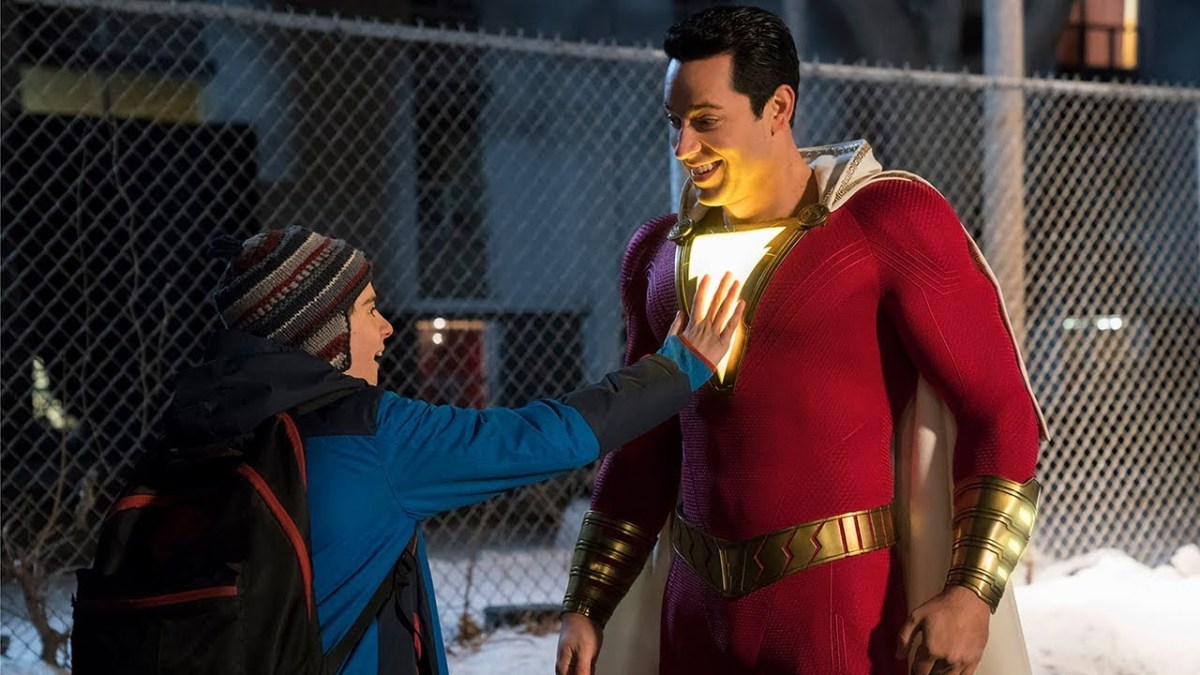 **This post contains minor spoilers for the movie Shazam!**

Shazam! is a new look into the DC Extended Universe and, dare I say, the best of the entire lot of them? While Wonder Woman changed my life and Aquaman gave me joy, there is something about Shazam! that gives audiences hope and laughter in a way that the rest of the DC family has yet to do.

It also has a beautiful way of existing within that universe while still being separate from the darker world that the DCEU exists in at large. Freddy Freeman, while not necessarily the hero of the film, does a great job of representing comic fans, as well as being our connection back to the DCEU itself.

Billy Batson, an orphan whose goal is to find his mother, has gone from foster home to foster home when he finally finds a home that seems to work for him. There, he meets Freddy Freeman, a disabled orphan who loves superheroes more than anyone. So what happens when Batson becomes a superhero all on his own? He has to have Freddy by his side to help him figure it all out.

Freddy is a boy who collects memorabilia from his favorite heroes. With a Batarang from Batman, a bullet that bounced off of Superman himself, and more, Freddy longs to be a superhero, and so when Billy gets his wish, Freddy gets to live vicariously through his friend.

Billy, honestly, couldn’t really care less about the superhero thing and, without Freddy, would be lost in what to do now that he has a responsibility that he didn’t ask for. It’s through Freddy’s knowledge that the two grow closer and let Billy Batson understand the importance of friendship and family.

What’s so special about Freddy is that he’s just like us. Looking at the character, many of us, as comic fans, are the same way, wanting to collect memorabilia and wearing shirts with our favorite heroes on them to show those out there that we love Diana Prince or Arthur Curry. Each day with Freddy means a new shirt of a hero we’ve come to love in the DCEU, and it’s fun to see ourselves represented in comic books films in that way.

So sure, Freeman can be seen as just the connecting factor to Superman, Wonder Woman, Batman, and the rest of the Justice League, but he’s also representing fans in a bigger way. We keep coming to these movies, keep watching them, because it’s a world we want to be a part of, much like Freddy Freeman. So to see him so excited about heroes and relating back to the ones we’ve already met in this universe, it’s a wonderfully brilliant way to bring the DCEU into a movie that stands separate from the universe otherwise.

Shazam! is in theaters this April 5th. If you had the chance to go to one of the fan screenings, keep the secrets of the movie for fans out there because this is one incredible introduction to a hero. One that had me screaming in the theater!