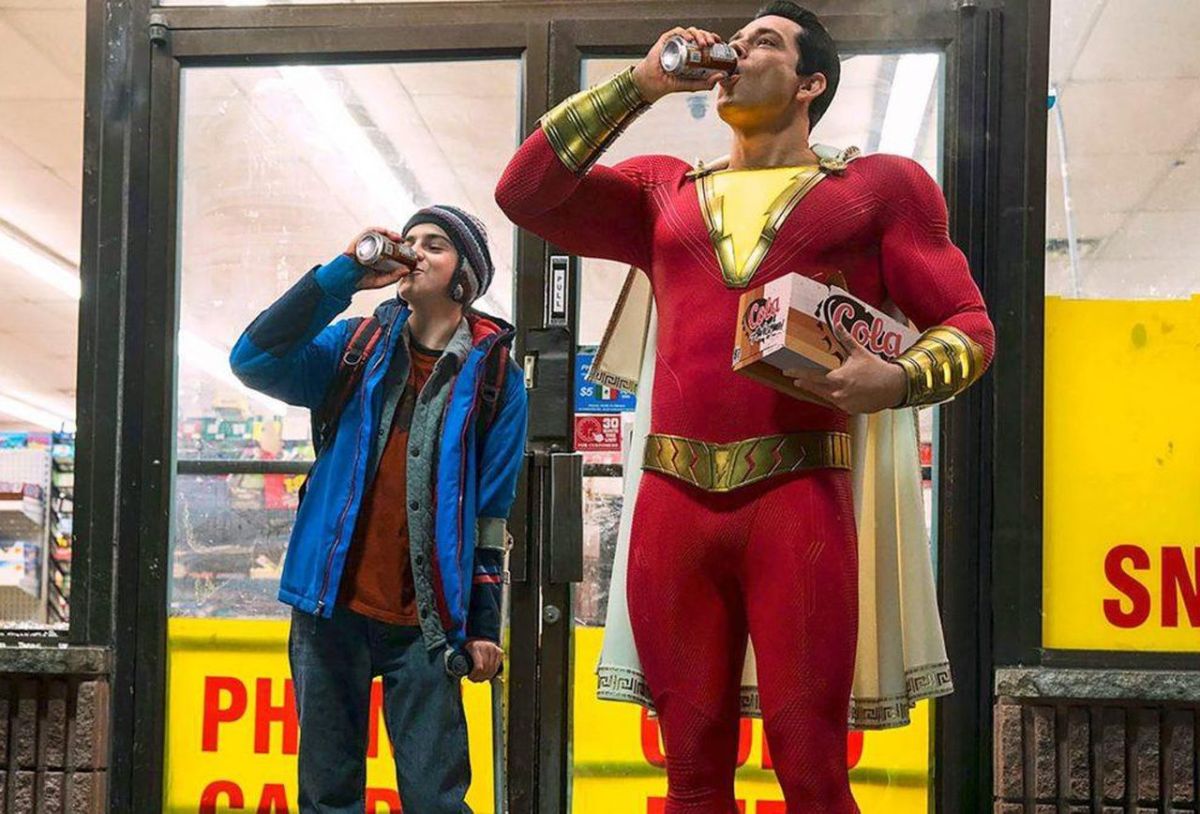 Part of the lore of Billy Batson and Shazam is that Billy is in control when he says, “Shazam” and continues to be Billy Batson after he transforms into the adult superhero, something we see very clearly in the film. But, as CBR points out, that wasn’t always the case. When Billy first met the wizard who would turn him into the superhero he was meant to be, the hero would refer to the wizard as “sire,” something teenage Billy Batson most definitely wouldn’t have said.

The thing about Shazam is that he wasn’t even always “Shazam.” Before he went by the name used to call his powers forward, his superhero name was Captain Marvel—long before Carol Danvers came around the Marvel world. (Shazam’s first comic, under that original name, came out in 1940, and the first of Marvel’s Captain Marvel comics debuted in 1967.)

But what’s so fun about the comic, and subsequently Shazam! as a film, is that Billy Batson is turned into this big hero but is still just a fourteen-year-old kid. He isn’t a grown man who understands his purpose; he’s a kid who would rather be with his friends or pretending he’s famous than saving the world (at least in the beginning).

So to start the comic series with Billy Batson succumbing to Captain Marvel and turning into a completely different hero is quite a departure from what we now love so much about the character. Watching grown adult man-child Zachary Levi running around in a tight spandex suit, while thinking it’s fun that he can get beer now, is a delight for audiences everywhere.

By 1986, this aspect of Billy Batson had entered the comics, continuing to be the Billy we had come to know and love in an adult hero’s body, a clearly more interesting dynamic, in my humble opinion. Sure, it’s fun for a kid to have the power to summon a powerful hero to save the day, but watching as that fourteen-year-old kid did it? So much better and a much better message to send to kids.

You can be the hero no matter what age you are, and you don’t have to call on some all-powerful being to do it for you. Knowing that you possess the power, that you can defend yourself and your family, is better than saying “Shazam” and succumbing to someone else.

Billy Batson is a great character, and I’m glad the movie went with the updated take on the character—especially because it gave us the joy of Zachary Levi running around acting like a kid.