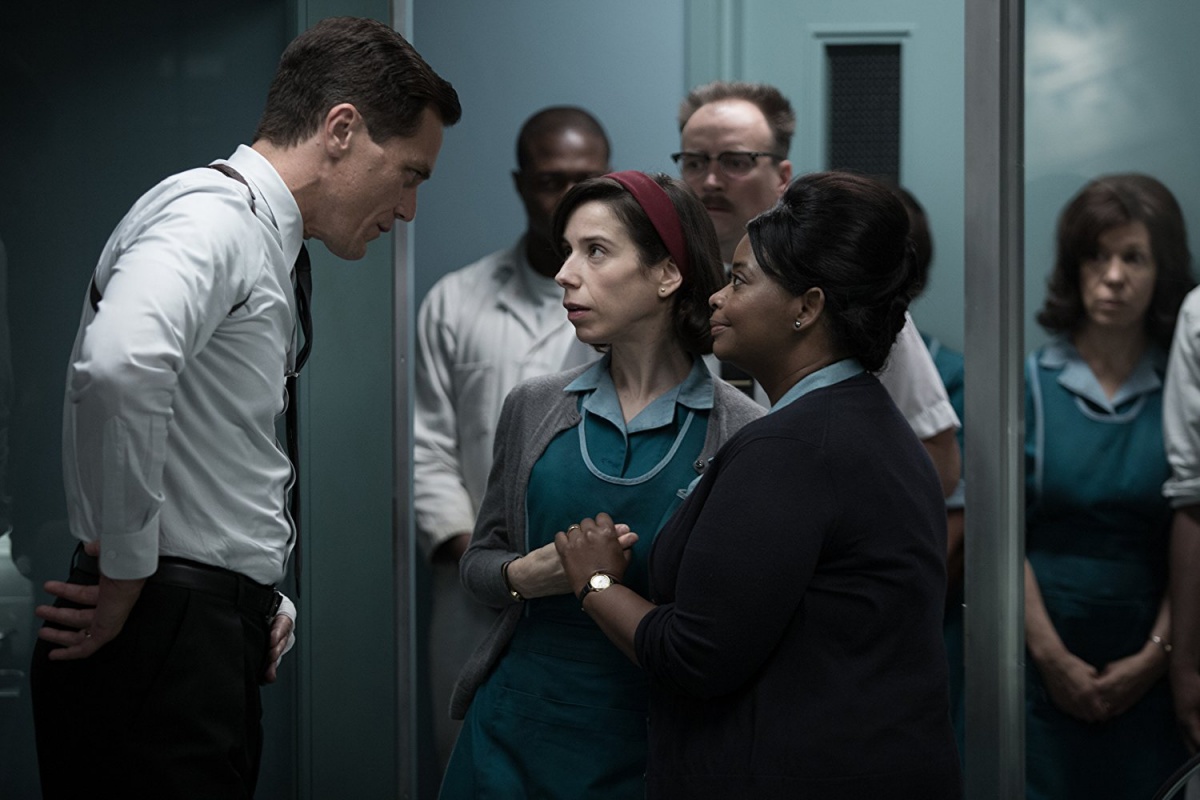 Let me preface this by saying that yes, I loved Get Out and I did root for it to win—however, we would be remiss to not recognize what an important win The Shape of Water is.

After Return of the King, which won Best Picture in 2003, The Shape of Water is the second “fantasy” genre film to win for Best Picture (leave your debate as to if The Shape of Water is fantasy or science fiction in the comments—we’re curious!). The award recognizes a genre film that in addition to having an epic romance love story between a mute woman and a humanoid-amphibian creature who is probably a water god, also tackles sexism, xenophobia, homophobia, racism, and toxic masculinity. Needless to say SPOILERS FOR THE SHAPE OF WATER.

Our first introduction to Elisa, our protagonist, is going through her daily routine which includes setting enough time for her to masturbate. Rarely when we have a heroine who is disabled are they also allowed to be a fully realized sexual person with wants and needs, but Elisa is just that. Elisa has a job, friendships with people two other marginalized people (closeted gay Giles and black co-worker Zelda) who speak sign-language. Her muteness is not a hindrance, it is just a part of her identity. Nor are we ever meant to feel bad because she is mute. She is an “other,” and the movie addresses how that can be frustrating and difficult, but the film does not act as though she was sitting alone waiting for some magical fish man to love her. Elisa was already whole when the movie begins. Love is just a new experience.

A lot of the problems I usually have with fantastic racism in fantasy films is that it is often used as a way to circumvent talking about actual prejudice. But unsurprisingly, Del Toro and Vanessa Taylor (who co-wrote the screenplay) understand that it is prejudice that humans have towards each other that enables them to be cruel to non-humans.

Through Michael Shannon’s character, Richard Strickland, Del Toro puts the white alpha male military man as the toxic force stepping on those beneath him. He makes racist comments towards Zelda, commenting on how “it’s rare for [her] people” to only have one child when she states she has no siblings. Strickland begins making sexually aggressive comments towards Elisa. He runs his household like a mini-army with his children all in perfect formation to set his table and a wife he has bland missionary sex with while she takes both that and his bloody fingers in her face. Part of the reason it takes Strickland so long to figure things out is that he doesn’t believe that two women, especially a disabled woman and a black woman, could be smarter than him.

Giles (Richard Jenkins) is a closeted gay man, but the story does not portray him as a sexless, romantic-free force. He has needs, desires, a B-plot separate from Elisa’s conflict concerning him trying to get a job. Giles ends up having a crush straight guy who runs a terrible pie shop and is forced to come to terms with the fact that pie-guy is a racist and also a homophobe. When Giles to told to leave the restaurant because it is a “family place” it is a reminder that every single character is dealing with the cruelty of their reality.

Zelda can be read as the sassy black friend, but while Octavia Spencer has a history of playing versions of that character, Zelda doesn’t feel like that when you watch the entire film. As the second act begins and she becomes a confidant and co-conspirator in Elisa’s escape plan, Zelda is a sold force. She stands up to the bullies and fights injustice she sees the best way she can. She’s also super sex-positive in a way that older black women are not always allowed to be.

One of the best subtle intersectional moments is when Strickland invades Zelda’s home and tries to intimidate her with a gun in her face, but she says nothing; it’s her husband who has been a passive figure for the entire film that gets scared and reveals the information. It speaks so much to Zelda’s character that she is willing to look this white man in the face and lie to him, to protect her friend, rather than give in to the looming and violent threat.

What is the most beautiful about The Shape of Water is not the period-piece romance story with an element of sexy fish-man, but the fantasy that a disabled woman, a gay man, and a black woman, in 1962, are able to fight an evil government force and win, and survive. If anything, that is the most unbelievable part of the story.