Review: Shanghai Red #1 Is a Beautiful, Riveting Story of Revenge 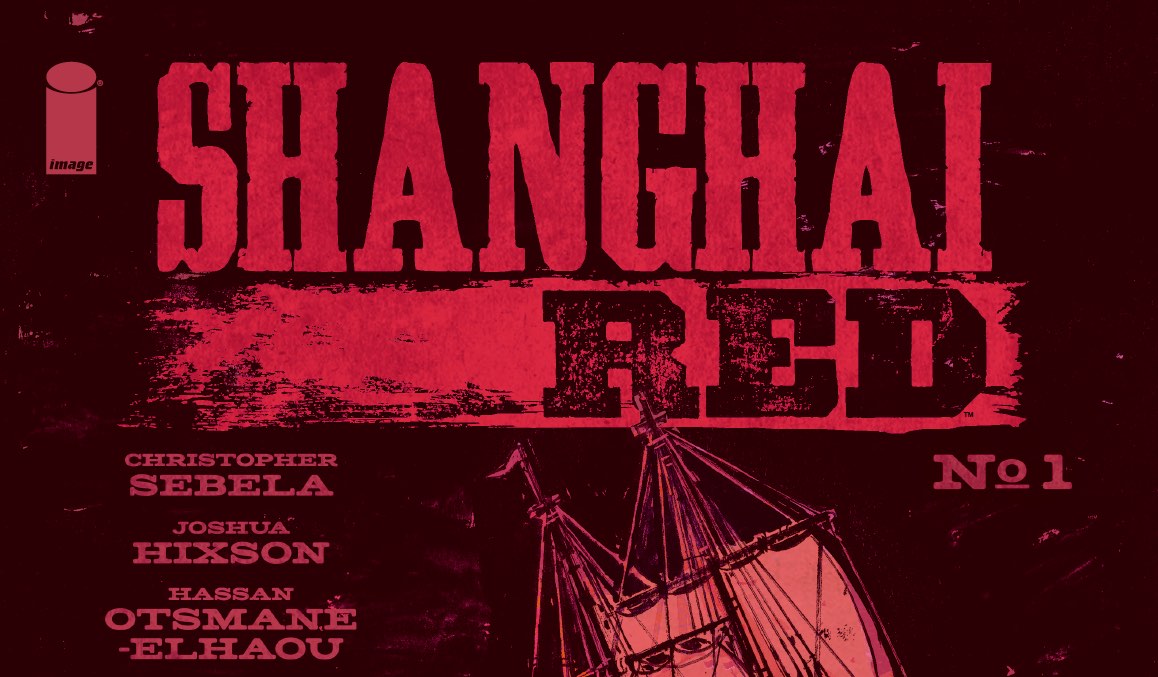 First of all, as a Scorpio-Slytherin, let me just say that I am here for a revenge story—the more exacting and drawn-out, the better. As a former art historian, I also can’t resist beautiful visuals for a book inspired by real-life historical mysteries, all of which is to say that Shanghai Red, a new Image book by Christopher Sebela, Joshua Hixon, and Hassan Otsmane-Elhaou, is a lot of my favorite things straight out of the gate.

No one knows for sure whether the Shanghai tunnels beneath Old Town Portland really were used to transport people against their will into service aboard ships docked at the nearby waterfront, but stories of shanghaied sailors haunt those tunnels and serve as the inspiration for this story about a young person named Red, who has assumed the identity “Jack” in order to move through nineteenth-century Portland with more independence. In this first issue of Shanghai Red, Red begins to take their life back from the people who shanghaied them. (I’m using they/them pronouns here, because Red/Jack’s gender identity and expression are a bit complicated.)

Weaving the drive for revenge through Red’s own fluid identity allows the book to explore gender both thematically and within the narrative. As is often the case in revenge tales, Red is motivated by a need to protect their family, but they’re also defending their own autonomy. These motivations tend to fall along gendered lines, but Red has fought for both by any means necessary up to and including this point, which the reader learns through flashbacks that give some context for why Red felt compelled to become Jack in the first place. This is a Portland with a seedy underbelly of violence and organized crime, and while I didn’t get the sense that Red particularly relishes getting involved in it, they seem equal parts willing and able to take an eye for an eye if that’s what’s necessary.

The aesthetics of revenge are one of my favorite parts of Shanghai Red. Hixon, who both draws and colors the book, uses darkness and light (you can call it chiaroscuro if you’re feeling fancy) to guide the reader’s eye and emphasize important details. Flashbacks, like the one in the last panel above, are slightly muted compared to the story’s present day. And pay close attention to the way characters and objects are visually—and thus, narratively—connected to one another or kept separate through use of shadow and color. In the panels below, for example, the red halo that encapsulates Jack, hidden in the corner of one panel, explodes across the background of the next panel when their knife is revealed at the throat of a crewman, as though their rage is embodied by that flash of red. 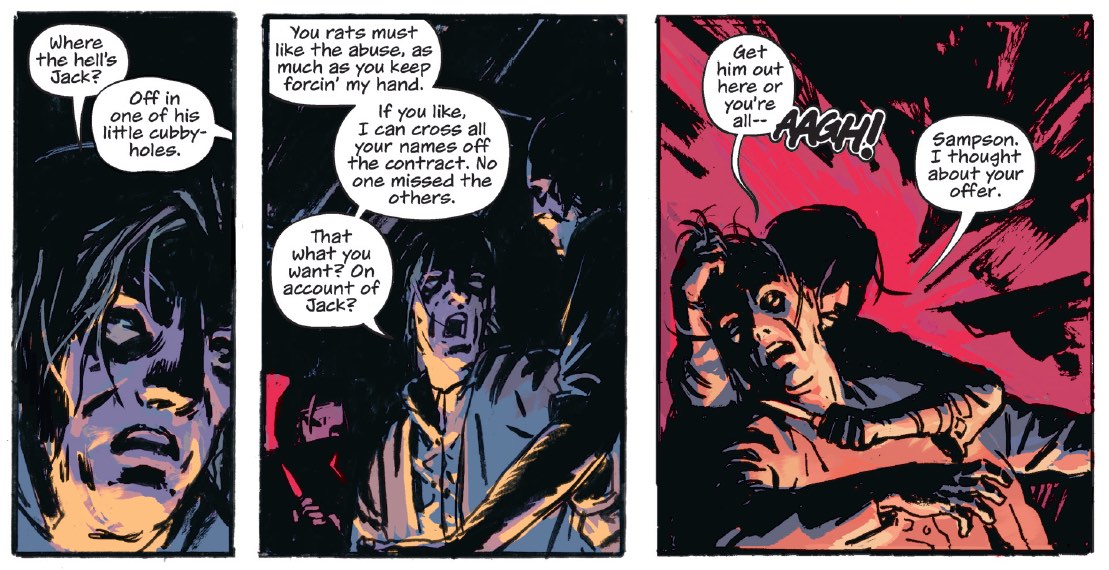 Between its gorgeous artwork and complicated protagonist, I’ll definitely be keeping up with Shanghai Red. I want Red to avenge their kidnapping. I want Red to reunite with and protect their family, but more than that, I really want Red to find the freedom to be their own person. If there’s one thing revenge stories can teach us, it’s that you can’t ever really move forward with your life and be free until you put your vengeance in the past, along with the deeds that incited it. The best revenge is always to live on your own terms.

Tia Vasiliou is a senior digital editor at comiXology. You can keep up with all her grudges on Twitter @PortraitofMmeX.