Another of Shakespeare's First Folios Found | The Mary Sue 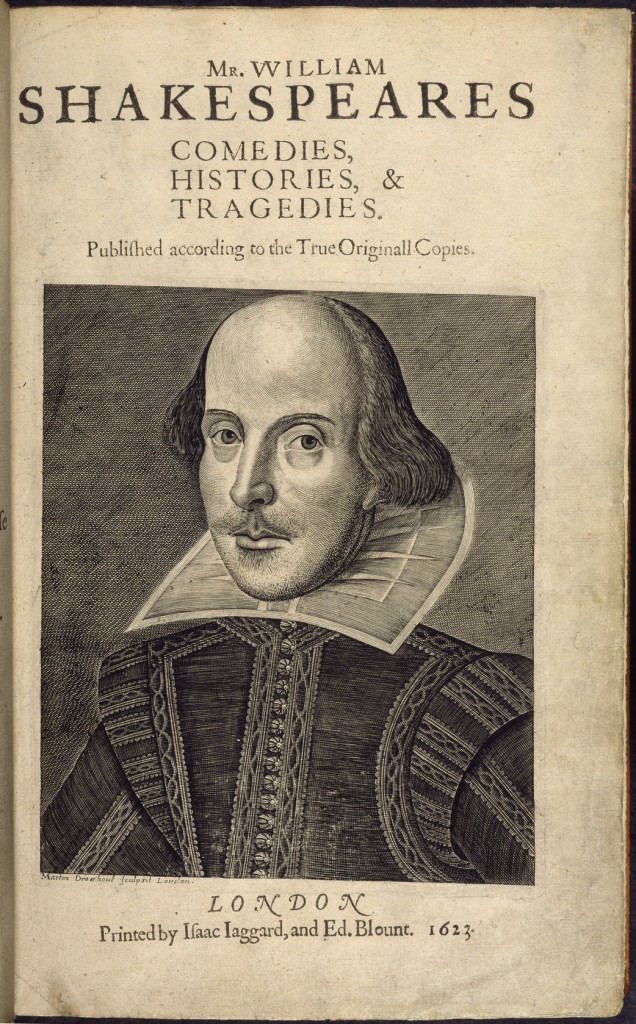 A look inside the British Library’s copy of one of Shakespeare’s First Folios.

Mount Stuart, a massive Victorian mansion in Scotland’s Isle of Bute, has just received confirmation that one of the books in their library is one of Shakespeare’s First Folios. There are only 234 surviving copies of this tome, including this newly discovered copy. According to Mount Stuart’s website, Emma Smith, Professor of Shakespeare Studies at Oxford University, had the honor of inspecting the book and declaring its veracity.

The First Folio is a collection that includes 36 plays by the Bard, which is pretty much all of the plays that we know about, with the exceptions of Pericles and The Two Noble Kinsmen, as well as the “lost plays” like Cardenio and Love’s Labour’s Won.

According to Professor Smith, this particular copy belonged to Isaac Reed, a literary editor of the 18th Century who lived in London. The Folio includes notes and annotations from Reed, which Smith described as “an exciting discovery,” since it provides a lens into Shakespearian studies of the time. She explained why the First Folio in particular is so important and special, as well:

When we think of Shakespeare we usually think of his plays being performed on stage. But the written word and the First Folio is central to our understanding of Shakespeare. I hope this anniversary year encourages people to reread the texts of his work.

Smith is referring to the fact that 2016 marks the four-hundredth anniversary of Shakespeare’s death, which has already allowed anniversary-celebrating researchers at the Bard’s tomb to discover that his skull appears to be missing (probably thanks to a 1879-era graverobber). At least this particular research project resulted in something being found rather than lost!

Speaking of historical finds, Mount Stuart’s Head of Collections Alice Martin says the search through the mansion’s library is far from complete:

In terms of literary discoveries, they do not come much bigger than a new First Folio, and we are really excited that this has happened on Bute. But it is just the tip of the iceberg for the undiscovered material in the remarkable Bute Collection, and we are working with scholars from universities including Glasgow, Dundee, Stirling and Oxford to share our collections with schoolchildren in Scotland and with the public.

As far as librarian jobs go, that one’s gotta be a real treat, hm?

If you’d like to see the First Folio in person and you can afford a trip to Scotland, it just went on display, and it’ll be available for viewing through October 30th.