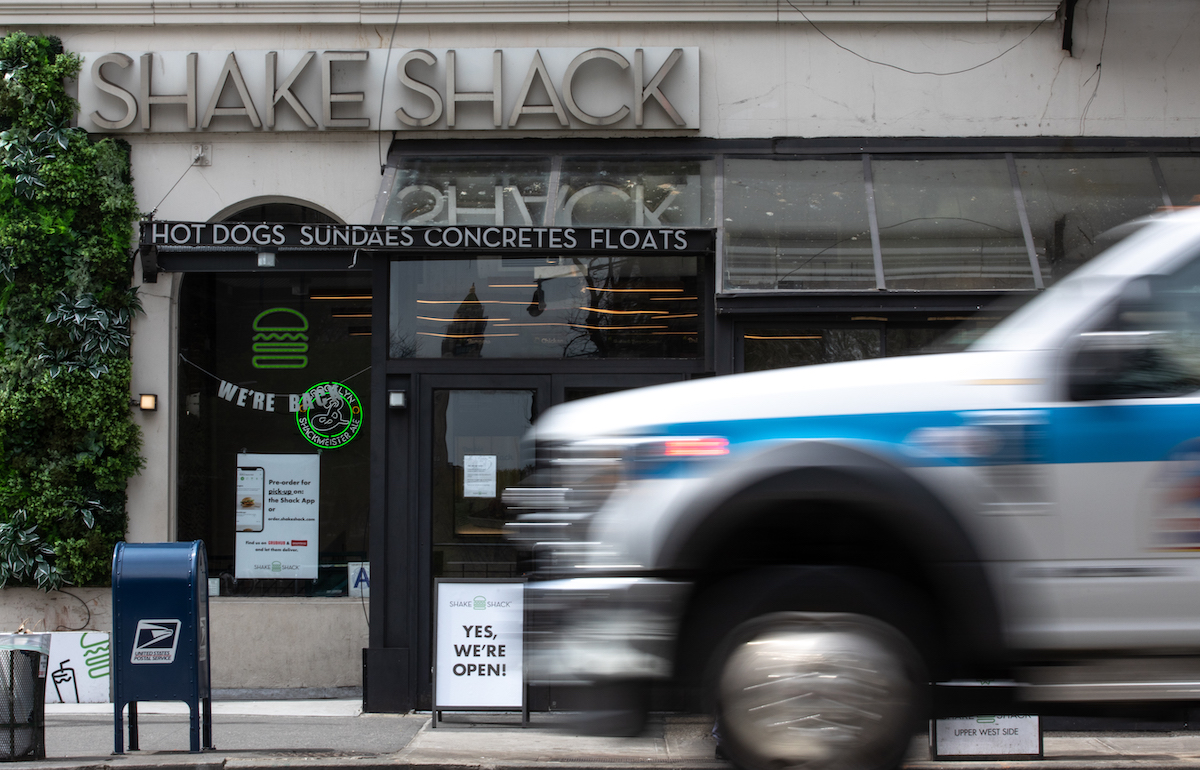 On Monday, three New York police officers were briefly hospitalized after drinking Shake Shack milkshakes they claimed to believe had been tainted with bleach. The unironically named Police Benevolent Association issued an aggressively indignant statement alleging that the officers, who were assigned to a protest detail, were deliberately poisoned by employees.

“When New York City police officers cannot even take meal without coming under attack, it is clear that environment in which we work has deteriorated to a critical level. We cannot afford to let our guard down for even a moment,” the organization wrote. [Fear-mongering emphasis theirs.]

The New York Detectives’ Endowment Association tweeted an “urgent safety message” declaring as fact that the officers were “intentionally poisoned” by Shake Shack employees. “Police in New York City and across the country are under attack by vicious criminals who dislike us simply because of the uniform we wear,” the union wrote. “Emboldened by pandering elected officials, these cowards will go to great lengths to harm any member of law enforcement.”

It only took about 12 hours for them all to have to walk back their accusations.

After a thorough investigation by the NYPD’s Manhattan South investigators, it has been determined that there was no criminality by shake shack’s employees.

“After a thorough investigation by the NYPD’s Manhattan South investigators, it has been determined that there was no criminality by shake shack’s employees,” wrote the Detectives Bureau chief on Twitter.

Is the police union going to apologize to those Shake Shack employees for all-but accusing them of poisoning the officers? https://t.co/cjBs2VSrpn

According to CNN, “Investigators believe a cleaning solution used to clean the milkshake machines wasn’t fully cleared and may have gotten into the officers’ drinks,” although I can’t find reports of anyone else experiencing similar symptoms.

Imagine telling people there was *bleach* in your milkshake and you didn’t realize it immediately and you kept drinking it and also somehow you are paid to solve crimes.

Manufacturing outrage over a fake anti-police bias isn’t new, but this last year has seen a number of similar incidents go viral.

There was the officer who ate some of his chicken sandwich, put it in the fridge, then forgot he’d eaten some of it, and accused McDonald’s employees of tampering with his food.

There was the officer in Kansas who wrote “f***ing pig” on his own McDonald’s coffee cup and blamed employees.

In December, a New York officer bit into a sandwich containing a razor blade. The NYPD called it an “abhorrent act” and said they have “ZERO tolerance for acts of violence against our police officers” before determining the incident was an accident.

Last year in Oklahoma, a cop shared a photo of a Starbucks cup with the order name typed in as “PIG.” That appears to be one of the few incidents not manufactured by the officer himself, and the backlash was intense. The barista, who apologized and claimed she meant the label as a joke, was fired. The store’s manager was also fired because, as she saw it, the company was looking for a scapegoat.

At the time, Tulsa’s police chief said that the label of “pig” was a “tiny symptom and a nearly indiscernible shout from a contemptuous, roaring and riotous segment of a misanthropic society that vilifies those who stand for what’s right and glorifies the very people who would usher in the destruction of the social fabric.”

That’s a little dramatic unless you buy into the idea that this was not just an individual event but part of a pervasive anti-cop bias–even if so many of the incidents put forth as examples of that bias have been proven to be false. Even if the people insisting this bias exists have made it clear time and again that they will prioritize that victimhood narrative over the truth.

The NYPD union claiming Shake Shack poisoned officers before detectives had a chance to discover that no crime happened ought to be enough to get news publications to stop parroting manufactured PBA narratives but we live in a timeline where the dumbest thing always happens, so