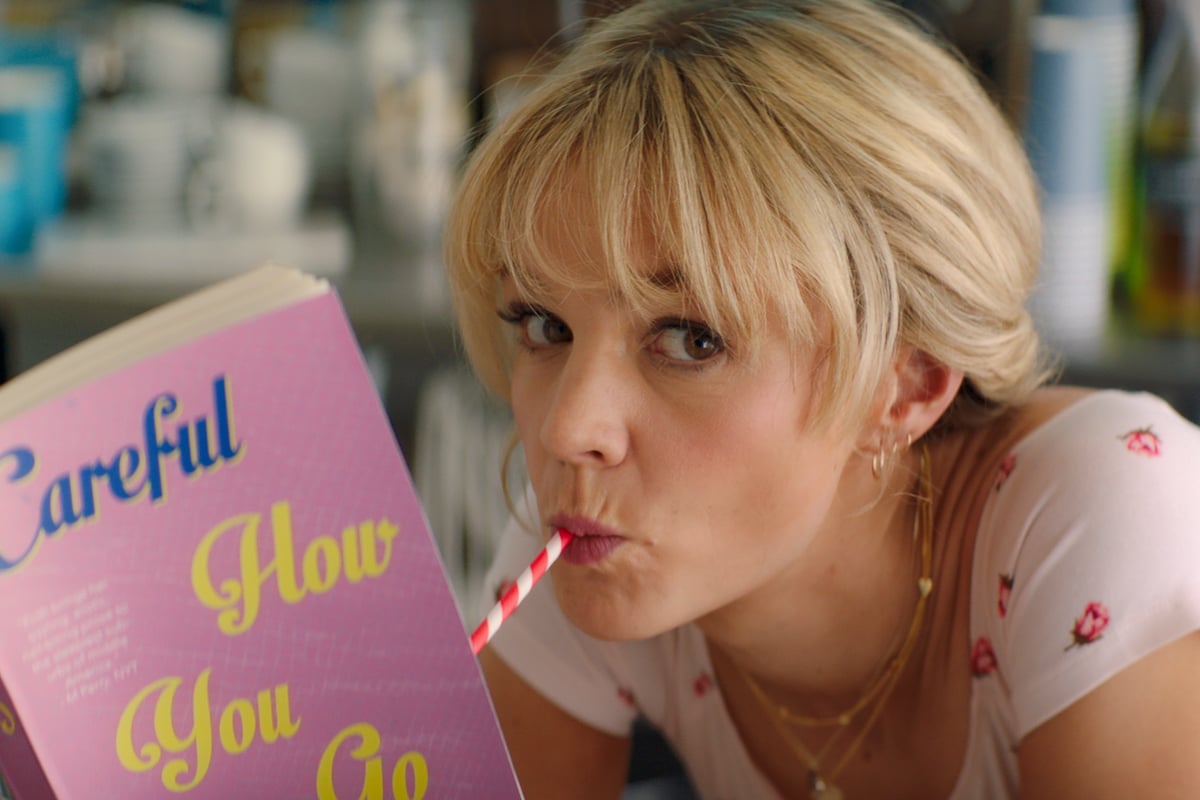 When Variety critic Dennis Harvey used his review of Promising Young Woman to question the casting of Carey Mulligan, he was rightly called out far and wide for his blatantly sexist writing.

“Mulligan, a fine actress, seems a bit of an odd choice as this admittedly many-layered apparent femme fatale,” Harvey wrote of the character, who spends her weekends pretending to be fall-down drunk to see if men will prey on her. “Margot Robbie is a producer here, and one can (perhaps too easily) imagine the role might once have been intended for her. Whereas with this star, Cassie wears her pickup-bait gear like bad drag; even her long blond hair feels like a put-on.”

The implication seemed clear, and Mulligan herself mentioned it in an interview with the New York Times. “It felt like it was basically saying that I wasn’t hot enough to pull off this kind of ruse,” she told the outlet. Mulligan said that her issue with the review “wasn’t some sort of ego-wounding thing,” but that a film review in this day and age would still even include criticisms of a woman’s appearance in that way.

Harvey has finally responded to the criticism after initially avoiding “the social media discourse,” as he told The Guardian. His response is, essentially, that his words were misconstrued by people who didn’t actually read his review. Moreover, he implies that Mulligan and the film’s creative team might not actually have found the review offensive at all, but used it to generate attention.

“He also queried the timing of the controversy, noting that his review had apparently been found unobjectionable enough to escape complaint for 11 months, ‘until the film was finally being released, promoted and Oscar-campaigned,’ writes The Guardian. “Only then was his review ‘belatedly labeled ‘insensitive’ and flagged with an official ‘apology.’’

What Harvey doesn’t mention is that it’s totally normal for reviews written about festival movies to not gain traction until the film is actually released to the public. Mulligan also wouldn’t have been asked about the review in her initial round of press for the Sundance premiere, but she has been now that she’s doing another round of interviews. Harvey is now managing to add film snobbery to his initial sexist review, as if anyone who didn’t immediately read the initial piece about a movie they wouldn’t be able to see for close to a year doesn’t later get to have an opinion on his writing.

As for the accusation that the people who took issue with the review didn’t actually read it, that’s a really juvenile, defensive deflection—and I say that as someone who did read it, as I think many did.

“I assumed that film-makers who created such a complex, layered movie wouldn’t interpret what I wrote as some kind of simpleminded sexism,” Harvey says. “And while Carey Mulligan is certainly entitled to interpret the review however she likes, her projection of it suggesting she’s ‘not hot enough’ is, to me, just bizarre. I’m sorry she feels that way. But I’m also sorry that’s a conclusion she would jump to, because it’s quite a leap.”

Let’s be totally clear: That is not an apology! It is an insult and an accusation that happens to include the word “sorry.”

“What I was attempting to write about was the emphasis in the film and [Mulligan’s] performance on disguise, role-playing and deliberate narrative misdirection. Nor was bringing up Margot Robbie meant to be any comparison in ‘personal appearance’.

“Robbie is a producer on the film, and I mentioned her just to underline how casting contributes to the film’s subversive content – a star associated with a character like Harley Quinn [Robbie’s Suicide Squad character] might raise very specific expectations, but Mulligan is a chameleon and her very stylised performance keeps the viewer uncertain where the story is heading.”

Does that mean he thought it would better if we knew Mulligan’s character Cassie had villain (or more anti-hero) potential? And does he think she actually is a villain? In his review, he called the character “admittedly many-layered.” Does he want fewer layers? I genuinely don’t understand but it doesn’t matter because I don’t want to veer off into differences of opinion on the movie or its (admittedly perfect) casting. I want to focus on what Harvey said in his review and how it was garbage and how now he’s trying to spin it as a different form of lesser garbage.

If Harvey did, in fact, think he was criticizing Mulligan’s casting, calling her outfits “bad drag” and her hair “a put-on” is not appropriate, nor is it good criticism.

If he did not mean to compare the appearance of Mulligan and Margot Robbie (“I’m a 60-year-old gay man. I don’t actually go around dwelling on the comparative hotnesses of young actresses, let alone writing about that,” he says now), then he shouldn’t have made comparisons about them in the same paragraph that he made those derisive comments about Mulligan’s appearance. That’s just bad, clumsy writing.

Harvey said that he was “appalled to be tarred as misogynist, which is something very alien to my personal beliefs or politics. This whole thing could not be more horrifying to me than if someone had claimed I was a gung-ho Trump supporter.”

But the thing is, even people who don’t think they are misogynistic (or racist, or homophobic, or transphobic, or anything else) can engage in misogynistic and otherwise bigoted behaviors. He wasn’t “tarred as misogynist,” he wrote misogyny into his own review.

We all have invisible biases, which is one of the reasons why people like Mulligan and so many others in this industry have been pushing to diversify all aspects of it, including reviewing press. That Harvey would be so incredibly defensive, going so far as to insult his readers (by suggesting they didn’t read his review) and the star of the movie (by implying she was faking an opinion to stir up some Oscar buzz) is only further evidence of how necessary that diversity is.

(via The Guardian, image: Focus Features)