7 Earth-Size Worlds, Some Possibly Habitable, Discovered in Nearby Star System; We All Have the Same Reaction 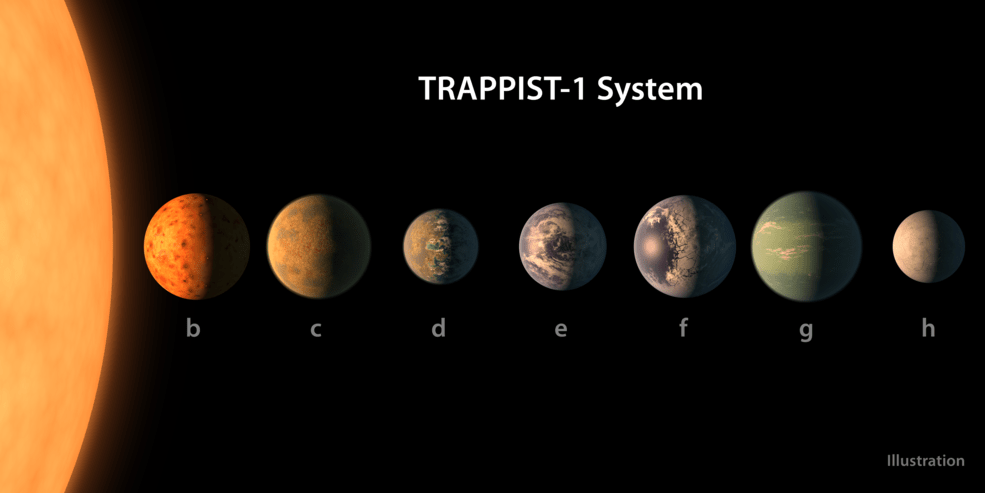 NASA held a press event today to announce an exciting exoplanet discovery: seven roughly Earth-sized planets have been found orbiting a nearby star, with a few of them in the sweet spot for liquid water, and therefore life as we know it. So, the collective reaction of everyone across the Internet was basically, “Great! When can we sign up for the trip?”

Unfortunately, we still haven’t put human beings on the surface of any other planet yet, let alone one far beyond the reaches of our own vast solar system. Still, the planets of the TRAPPIST-1 system are relatively close, at around 40 light years away. That’s still well out of reach of any current space travel technology, but it’s still tantalizingly close on a cosmic scale.

It’s also the most Earth-size planets that have ever been discovered around a single star, though TRAPPIST-1 is much smaller and cooler than our own Sun. Likewise, the planets all orbit the star at far shorter distances than we’re used to here at home, though three of them still fall in this particular star’s habitable zone, where conditions may allow for water and life. All of them orbit their star even closer than Mercury, the closest planet to our Sun, making for some pretty striking imagery in renderings of what the view from there might look like: 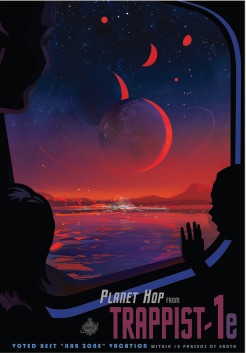 The exoplanets were discovered using the Spitzer space telescope, and Hubble has since followed up by looking at them in greater detail. Nikole Lewis, co-lead on the Hubble study, said in NASA’s news release, “The TRAPPIST-1 system provides one of the best opportunities in the next decade to study the atmospheres around Earth-size planets.” Hubble’s successor, the James Webb Space Telescope, will launch in 2018, which will allow for even more accurate studies of the TRAPPIST-1 system.

Over on Reddit, NASA scientists are currently holding an AMA in case you have any burning questions, like, “How close are we to that warp drive, then?”