The star KIC 8462852 is an interesting scientific phenomenon no matter what the cause of its intermittent, erratic dimming pattern turns out to be, but no one can blame us for pulling for the old favorite explanation: aliens. Especially not SETI, that is, considering they’re now actively searching the area for signs of an alien civilization.

The plan to point SETI equipment at the odd star popped up recently when naturally occurring explanations for what could be passing in front of the star and obscuring our view proved scarce, and scientists, though warily, decided it would at least be worth checking into whether mechanical signals were emanating from the vicinity. Since then, an announcement from SETI has stated that they’ve begun collecting and analyzing data from listening in with their giant  radio telescope arrays.

Specifically, they’re using the Allen Telescope Array to search for non-natural radio signals both similar to the ones SETI traditionally searches for as well as a broader range to encompass ones that might come from giant alien spacecraft. What kind of spacecraft? That’s anyone’s guess, but right now, a favorite theory of sci-fi enthusiasts is a Dyson sphere, or an array of solar energy collectors that completely encompass a star—perhaps in the beginning stages of construction, which might explain why the star’s dimming doesn’t seem to follow a reliable pattern.

Both the observations and the data analysis are now underway. Once the latter is concluded, we will, of course, make them known here and in the professional journals.

On the basis of historical precedent, it’s most likely that the the dimming of KIC 8462852 is due to natural causes. But in the search for extraterrestrial intelligence, any suggestive clues should, of course, be further investigated—and that is what the SETI Institute is now doing.

As exciting as the outcome is, even Shostak must admit that space rocks are the most likely explanation. I mean, it is almost Halloween, after all. 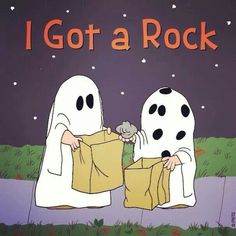 (images via SETI and CBS)