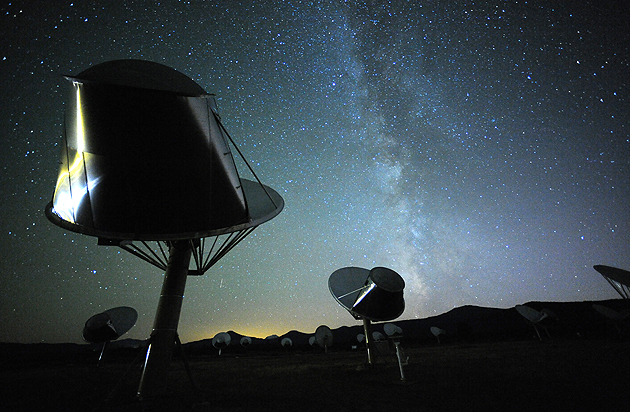 Despite how exciting a prospect the star KIC 8462852 sounded with its strange, pronounced dimming patterns, SETI has been listening for signs of alien life for two weeks and come up empty handed. Still, that doesn’t mean the search was in vain—or even that it has to stop now.

I’d be the first to admit that, at the earliest sign of anything weird out in the cosmos, I—like the rest of the Internet—basically turn into this at the drop of a hat: 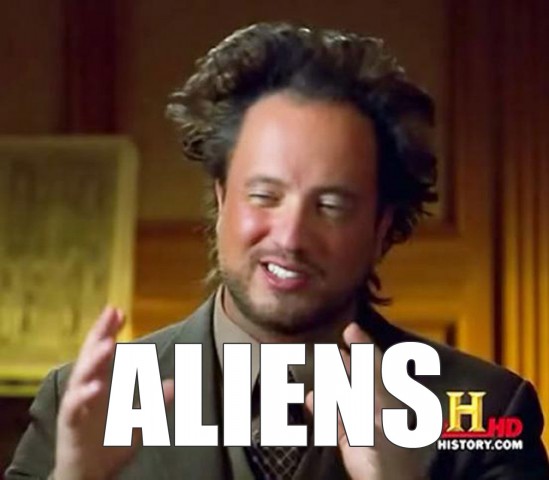 That’s not because I think it’s ever likely to be aliens (it’s not), but the prospect is just so damn exciting that I can’t help getting exciting about the search—while keeping actual expectations in check, of course. So I’m not necessarily surprised that SETI hasn’t found any signs of alien life around KIC 8462852, but I’m not necessarily disappointed, either. That search is fun every time, and the eventual explanation, whatever it may be, will inevitably be fascinating enough to let me down gently.

After two weeks of listening for radio waves with the Allen Telescope Array of radio telescopes, SETI has concluded that there are no signals within the expected ranges for any alien structures around the star:

Two different types of radio signals were sought: (1) Narrow-band transmissions, of order 1 Hz in width, that could be used as a “hailing signal” for societies wishing to betray their presence, and, (2) Broad-band signals produced by intense microwaves used to propel rockets servicing the megastructure.

Analysis of the Array data show no clear evidence for either type of signal between the frequencies of 1 and 10 GHz. This rules out omnidirectional transmitters of less than approximately 100 times today’s total terrestrial energy usage in the case of the narrow-band signals, and ten million times that usage for broad band emissions.

While these limits are relatively high, a fact due primarily to the large distance of KIC 8462852 (about 1500 light-years), there’s this to consider: If aliens are deliberately targeting our part of the galaxy, the necessary transmitter power for detection becomes very much less. In addition, any beings able to build such large structures will have access to far more energy than a fossil-fueled society like our own.

But hey, their entire job is to look for something that probably isn’t there, though why they’ve never found anything is an equally fascinating question. It may seem silly for everyone to start shouting, “Aliens!” at every little thing, but it’d be much sillier to see something strange and not look into it when SETI is right there waiting. They’ve detailed the findings so far in a full report, but they’re not quite ready to stop watching “Tabby’s Star,” named for Tabetha Boyajian, who led the research on it. Though it looks less likely than ever that the major, erratic dimming of the star is due to giant alien spaceships or a huge solar energy collector built around it, anything we learn about such a unique star is sure to enhance our understanding of the Universe.

You do you, SETI. If there’s a worst possible reason for ending the search for alien life, it would be that we haven’t found any yet.

(via Slate, image via SETI)