Seriously? Lego Batman Is Under Fire for Its “Pro-Gay Propaganda” 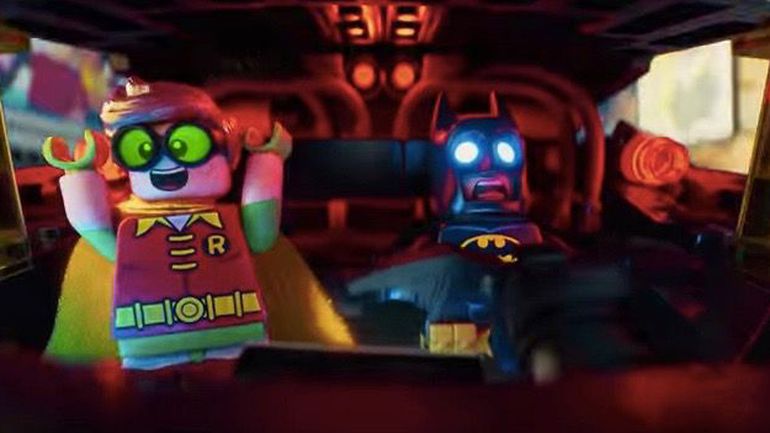 The Lego Batman Movie has been out for a few weeks now, which (sigh) I suppose means the manufactured bigotry-based backlash is pretty much right on time.

When The Lego Movie came out in 2014, despite being overwhelmingly awesome, it was met with accusations of pushing that famous Hollywood anti-business agenda. A lot of people saw the character of Lord Businessman as being a clear satire of greed and self-serving corruption, but a number of fearful viewers and Fox News hosts branded the movie anticapitalist “insidious propaganda.” Of course, for a movie that made nearly $70 million opening weekend alone, it’s pretty bad at promoting anti-capitalism, wouldn’t you say?

Just a thought: when you find yourself defending Mr. Potter as the true hero of It’s a Wonderful Life, it might be time to take a look at your values.

It’s not surprising, then, that these same types of critics are in a frenzy over the agenda they see being pushed in Lego Batman. What agenda, you ask? You didn’t see any agenda? Well apparently we’re all brainwashed to the point of missing the pro-gay-adoption propaganda at least one film critic/ant-gay & anti-abortion activist saw running rampant through the movie. And normally I wouldn’t want to pay too much attention to one homophobic review, but in this case, the view is so ludicrous and bigoted, it’s worth a good “WTF is even happening?”

John-Henry Westen, founder of the “pro-life” and “pro-family” (read: anti-choice and anti-LGBTQ) site Voice of the Family wrote of the movie,

It was chock full of pro-gay propaganda. Think the sexual innuendo of the Flintstones minus the real humor. It seemed the creators were so anxious to subtly indoctrinate the little ones into the gender ideology that making it humorous came as a distant second thought.

Westen quoted at length from another review of the movie from critic Michael Hamilton, which focuses in large part on the “gay adoption” of Dick Grayson by Batman and Bruce Wayne, who are definitely two different people and not the same at all. (Yes, Hamilton does eventually make it clear that yes, he knows Bruce Wayne is actually Batman, but that his point still stands.)

Hamilton points to the adoption, along with the love-to-hate relationship between Batman and the Joker as signs that this movie is clearly out to brainwash your kids into tolerance.

The writers could have clumsily stacked topics such as gender identity, gender roles, and gender neutrality all over the story board like so many LEGOs. Instead, these topics hide in plain sight, because they are the foundation. Few parents and fewer kids will question any of it, because there’s a way to interpret all of it as technically innocent. That’s what makes these messages subliminal (and potentially powerful). LEGO Batman makes them seem plain as vanilla and American as apple pie.

Here’s what makes me entirely uncomfortable: if you break down this bigoted view of how the movie treats gender roles and emotional relationships, I find myself agreeing with the essence of the statements. Again, the essence. The non-bigoted essence.

No, I don’t think anyone involved in this movie is out to brainwash kids into entering into a homosexual relationship or becoming a gay-adoption activist. The audience is at no point supposed to believe that Bruce Wayne and Batman adopted Robin together. But Dick does, and he repeatedly, casually refer to his “two dads,” without it ever feeling like a joke at the expense of gay relationships.

Similarly, the relationship between Batman and the Joker is never actually romantic or homoerotic, but there is a bond between the two that’s reminiscent of the best romances (or bromances). A central theme of the movie is our interconnectedness, the idea that no one can exist alone, and we all need strong relationships is our lives. That idea extends to our oppositions as well as our friends, so yes, Batman and Joker have a complicated time in coming to terms with how much, and exactly what, they mean to each other. And the idea that two presumably straight men can have a complex relationship, without the homophobic jokes usually trotted out to make it clear they’re no hint of attraction between the two, is apparently a threatening one. Also, maybe there is attraction there, but the movie never confirms or denies it, so again, the vagueness is viewed as threatening by those who desperately need romantic sexual orientation and to be defined as binary.

By not specifically commenting on these elements, and letting the audience laugh with these jokes, rather than making it clear we’re supposed to be laughing at them, it does serve to normalize the very concept of having “two dads,” or having a person in your life who, regardless of gender, you feel inextricably linked to.

Here’s how Hamilton puts it:

[The] subliminal nature of LEGO Batman’s questionable themes is a mixed blessing. They’re subtle enough most people won’t notice. But failing to notice grants them normalcy, as though you’d be crazy or cruel to suggest anything was amiss here.

If you just remove that word “mixed,” it’s not that far off.

Just as the first Lego Movie played with themes of love and community that got twisted into accusations of Communist propaganda, by not condemning the idea of gay relationships, and by allowing a character to believe he has two adopted fathers without that being a mean punchline, those who fear these things view all that as pro-gay propaganda.

So I suppose it all comes down to whether the subtle normalizing of this inclusive view of gender and sexual orientation is something we want to see in the entertainment we consume. And this serves as a reminder, then, that there are still, somehow, people who have trouble embracing these ideas.