Serena Williams is the Greatest Athlete Ever, so Stop Bothering Her With Stupid Questions, Okay? 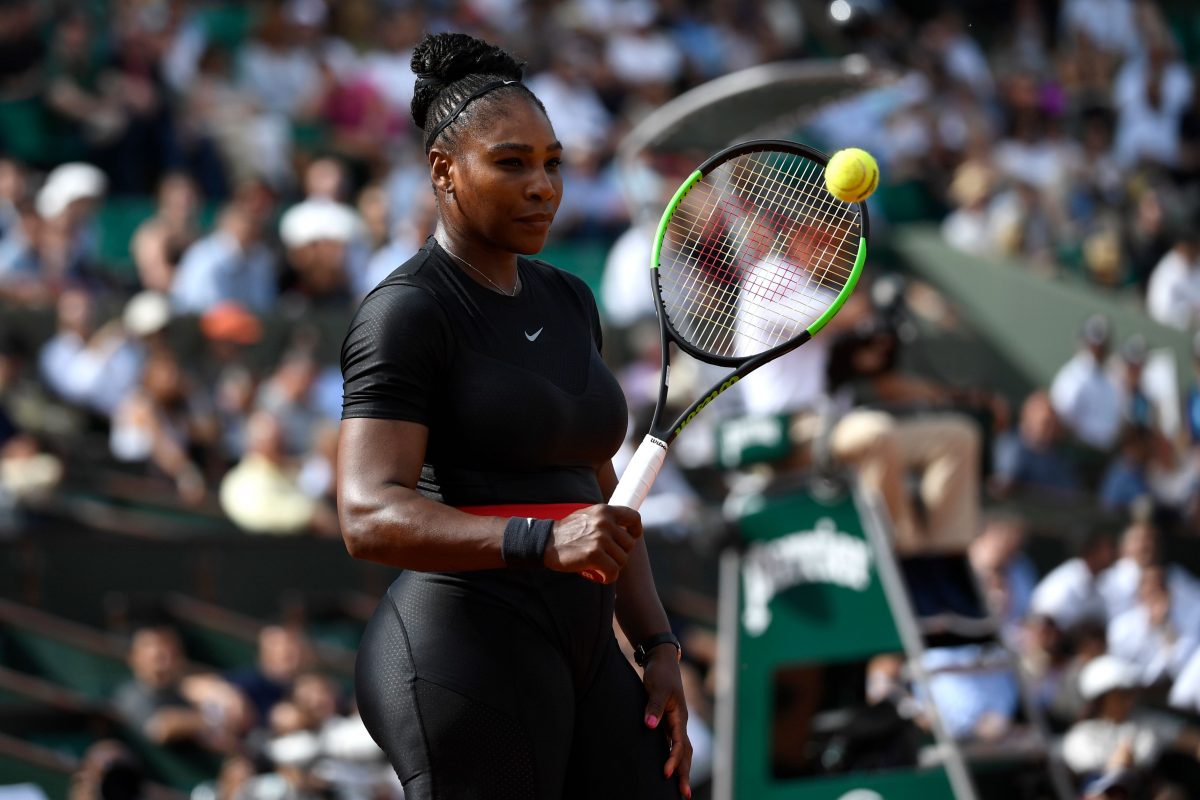 Full Disclosure: I don’t know anything about sports. I don’t watch them, I don’t follow athletes, and unless they’re dating Jennifer Lopez, chances are I’ll have no idea who they are. I’m what you might call an “indoor girl”. Let’s just say there’s a reason I’m writing for The Mary Sue and not Deadspin. But while I never lettered in school, I am at the varsity level for feminist rage, so let’s do this.

The source of today’s rage is Bill Simons, the publisher and editor for Inside Tennis, and his unbelievably sexist interview with G.O.A.T. Serena Williams. Simons interviewed the tennis legend at the French Open this week, and here’s what went down:

I have never physically cringed as hard as when I read this in Serena’s transcript. Wow. pic.twitter.com/60wnSWG6En

Really, Bill Simons? You think Serena Fucking Williams is going to be intimidated by Maria Sharapova’s conventional good looks? That’s insulting to Sharapova, Williams, and their rivalry. Also, of all the thing you could ask her, why shoehorn in a quote that Donald Trump made in 2004 in your sexist line of questioning? That question infers that A) women are intimidated by other women’s beauty and B) Serena Williams is not as beautiful as the skinny blonde white Sharapova. Not that it matters, but Serena Williams is a stunningly beautiful woman. Was Maria Sharapova in Beyonce’s Lemonade? Didn’t think so.

Simons apologized, but this is just another in a long history of Serena Williams dealing with sexist and racist bullshit. The 23-time Grand Slam singles winner, who was ranked No. 1 in the world, was denied a seeding in the French Open this year because she took time off to give birth to her daughter. Since having her baby, Williams has trained relentlessly to get ready for this tennis season, but it wasn’t easy.

After giving birth, Williams nearly died when doctors ignored her repeated requests for medication due to a blood clotting condition. Luckily she was able to make a full recovery, but her condition shone a light on the damning statistics of black women’s treatment in the medical community. “Doctors aren’t listening to us, just to be quite frank,” Williams told the BBC as she competed in the Tiebreak Tens event in New York.

Unfortunately, Williams will not be facing off against Sharapova at the French Open, as a pectoral muscle injury has forced her to withdraw from the tournament. “I gave up so much to time with my daughter and my family and put everything on court for this moment,” she said. “It’s really difficult to be in this situation, but… for now in my life, I just always try to think positively and just think of the bigger picture and hopefully (I can play in) the next events and the rest of the year.”

Rest up, Miss Williams. The tennis world will eagerly await your return.