Somebody please call in the Dora Milaje. 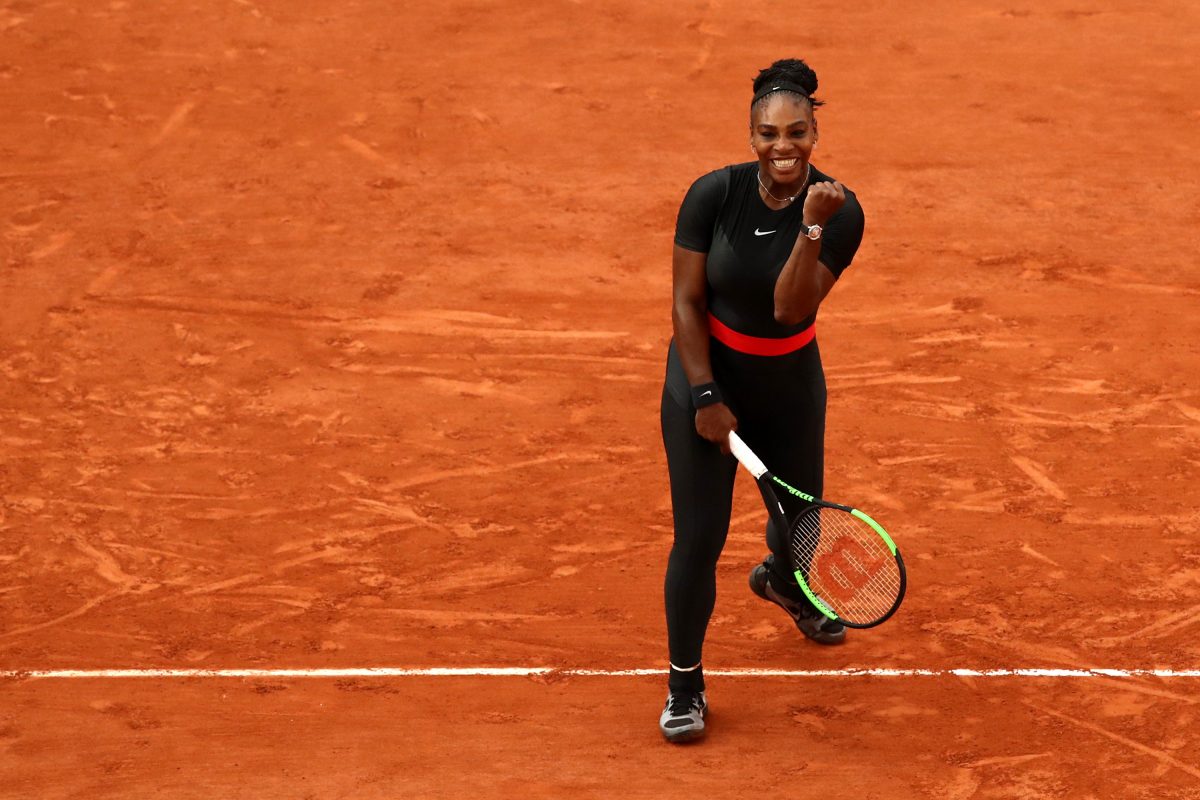 What does the French Tennis Federation have against Serena Williams? First, they denied her seeding in the 2018 French Open after she took a 14 month hiatus from playing to recover from having a baby. Now, they are not allowing her to wear her Black Panther-inspired compression suit to compete. Because if there’s something world class athletes need, it’s a dress code.

French Tennis Federation president Bernard Giudicelli said of the catsuit, “I think that sometimes we’ve gone too far,” in an interview with the Associated Press. “It will no longer be accepted. One must respect the game and the place.” Cue eye roll to infinity.

The catsuit that Serena Williams wears is not just a sartorial choice; it’s also a medical necessity. Williams has struggled with blood clotting issues throughout her life, and nearly died after giving birth to her daughter. The compression suit helps with her circulation and prevents clotting. “I’ve been wearing pants a lot in general when I play so I can keep the blood circulation going,” Williams said in a press conference. “It’s a fun suit, but it’s also functional so I can play without any problems.”

And how is a catsuit any more or less inappropriate than the short skirts and tops traditionally worn in tennis? This decision feels arbitrary and blatantly discriminatory. Athletes need to wear garments that they can perform in, and the right clothes can make a massive difference, both physically and psychologically. Williams has previously expressed her love for her catsuit, saying “I feel like a warrior in it, like a warrior princess kind of queen from Wakanda maybe. I’ve always wanted to be a superhero, and it’s my way of being a superhero.”

Nike, the suit’s designer, tweeted a message of support to Williams.

You can take the superhero out of her costume, but you can never take away her superpowers. #justdoit pic.twitter.com/dDB6D9nzaD

The French Tennis Federation may try to take away her catsuit, but Serena Williams will remain a warrior queen.