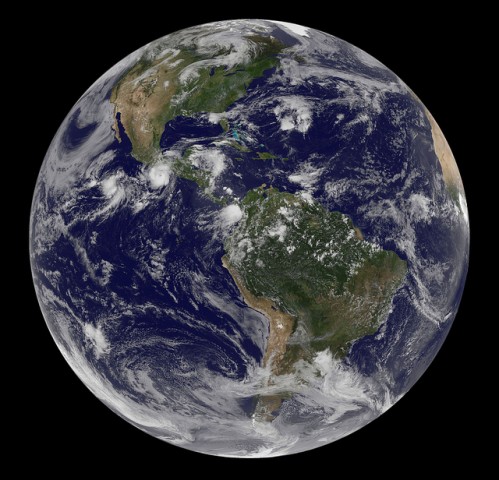 Our organic spaceship (Earth) is pretty impressive while we’re right here standing on it, but just how majestic does it really look spinning through the black void of space if we could see it from a distance? Immeasurably so, it turns out, in new imagery from NASA.

The images on the space agency’s new, dedicated website come from the DSCOVR:EPIC, which certainly lives up to its acronym (standing for, of course, Deep Space Climate Observatory and Earth Polychromatic Imaging Camera). The research station sits a million miles away from our planet, and it’ll take time out of its busy schedule of space weather monitoring and floating along in zero gravity to send a feed of daily pics of the Earth’s actual rotation in space.

Of course, we’ve seen the pictures of the Earth from space before, and we’ve seen its rotation rendered in plenty of places—even backwards in the Daily Show intro—but with DSCOVR acting as space paparazzi, we’ll have a constant stream of Earthies like never before. You can even search the new site by date or continent to pull up specific times and places for whatever purpose you need: scientific research, world domination … you name it!