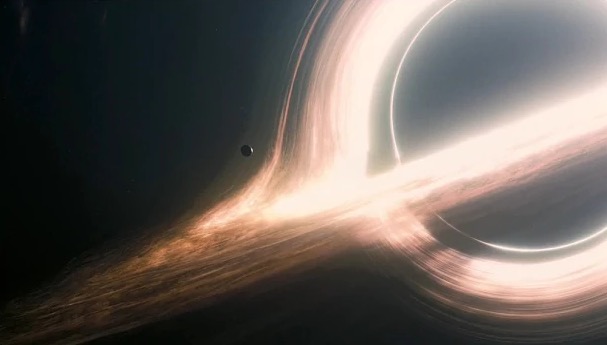 We can’t see black holes—not only because their gravity is so intense that even light can’t escape, but because they’re all incredibly far away from us. Thanks to technological advances, we’re about to get a look at the one right in our own back yard, astronomically speaking, as telescopes around the world work together to bring us an image for the black hole at the center of the Milky Way Galaxy.

While the black hole itself, Sagittarius A*, still won’t be visible, the way light and objects around it behave should still make for a fairly pretty picture, not to mention a trove of scientific data. Black hole simulations, like the one used to create the black hole in Interstellar (above) already provide some impressive visuals and information, but actually getting to “see” one in action would be even better.

That’s the goal of the Event Horizon Telescope, which is actually a worldwide array of separate telescopes all working together to collect an unprecedented amount of data from Sagittarius A*. Using a technique called VLBI (Very Long Baseline Interferometry), the telescopes participating in the array will be able to “get data that has the resolution as though you had a telescope as big as the distance between them—not the sensitivity—but you can resolve the finest details of the sky as if you had a telescope that big,” Vincent Fish, research scientist for the MIT Haystack Observatory, told the Daily Dot.

It’s basically getting us the effect of having a planet-sized telescope to see what’s around the black hole, which Fish said would be “very hot plasma.” The good news is that the data is being recorded this month, so we’ll be able to see a black hole for ourselves relatively soon. The bad news is that, typically of black holes, “relative” is the key; it will take a long time to process so much data into images, which MIT News reports we’ll finally be able to take a look at next year.