Like yeah give me Miami Vice but what about the Winter Soldier/Falcon show? 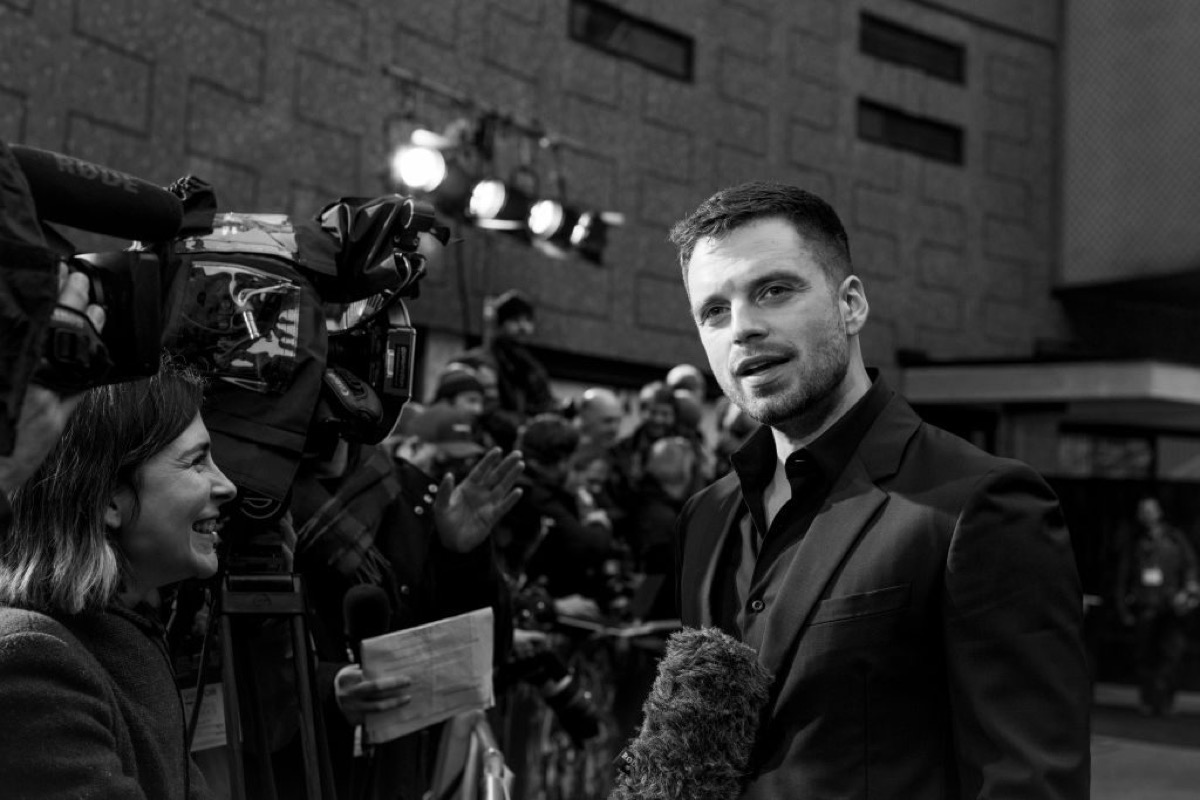 Last night, Sebastian Stan was on Jimmy Kimmel Live and brought the legs, news, and jokes to help promote his new movie, Destroyer. While there, Stan was asked about the latest movie in his Marvel career. If you recall, Stan’s character, Bucky Barnes, was the first to fade away after Thanos’ snap. That being said, we don’t know what his fate will be in Avengers 4.

What we do know is that there is a ‘rumored’ series coming to Disney+ that stars Sebastian Stan as the Winter Soldier and Anthony Mackie as the Falcon. When asked about it on the show last night, it is clear that he deflected the question, saying that he and Mackie would do a remake of Miami Vice. (Which yeah, sure, also make that show because that’d be incredible but come on, someone tell us anything about this series!)

That wasn’t the only bit of Marvel navel-gazing we got out of the interview: Stan also said that no one would tell him about what happened to Bucky Barnes in Infinity War. His stunt double, James Young, apparently knew more than he did about what was going to happen to our beloved James Buchanan Barnes after the Snap.

Stan still has quite the Marvel contract still to go. Out of all the MCU heroes, Sebastian Stan signed a massive 9-picture deal with Marvel and has only been in 4 of them so far. In the comics, Bucky is one of the future Captain Americas so maybe the movies will follow that path, something that Stan didn’t seem too hopeful of in the interview with Kimmel.

But, he does have 5 more movies to go, meaning we still have a lot of Bucky Barnes to see in the future.

Stan was on Jimmy Kimmel Live to talk about his movie Destroyer, where he plays Chris, an undercover police officer who infiltrates a group with Erin Bell (Nicole Kidman). He talked to Kimmel about his tattoos (and provided a lovely little story about the tattoo of his mother on his arm in the movie) and also about changing his look for the role. The movie will come out this December 25 and has been getting quite the critical buzz.

Maybe my favorite part of the entire interview was when Jimmy Kimmel and Sebastian Stan started talking about being superstitious and how it was similar in both Romanian and Italian cultures. That and Sebastian’s ankle because, as he said, he brought Jimmy “a lotta leg, tonight”.

With all these films from Sebastian Stan in the works (and he’s currently filming two movies), what does this mean for the Winter Soldier/Falcon series? Is there going to be time with everything he’s doing as well as Anthony Mackie’s new role on Altered Carbon?

Hopefully, because an entire television series of Sam Wilson and Bucky Barnes being trapped together sounds like the perfect show.