Season Three of One Day at a Time Brings Heartfelt Humor, Remains the Best

If you're not watching ODAAT, now is a great time to start. 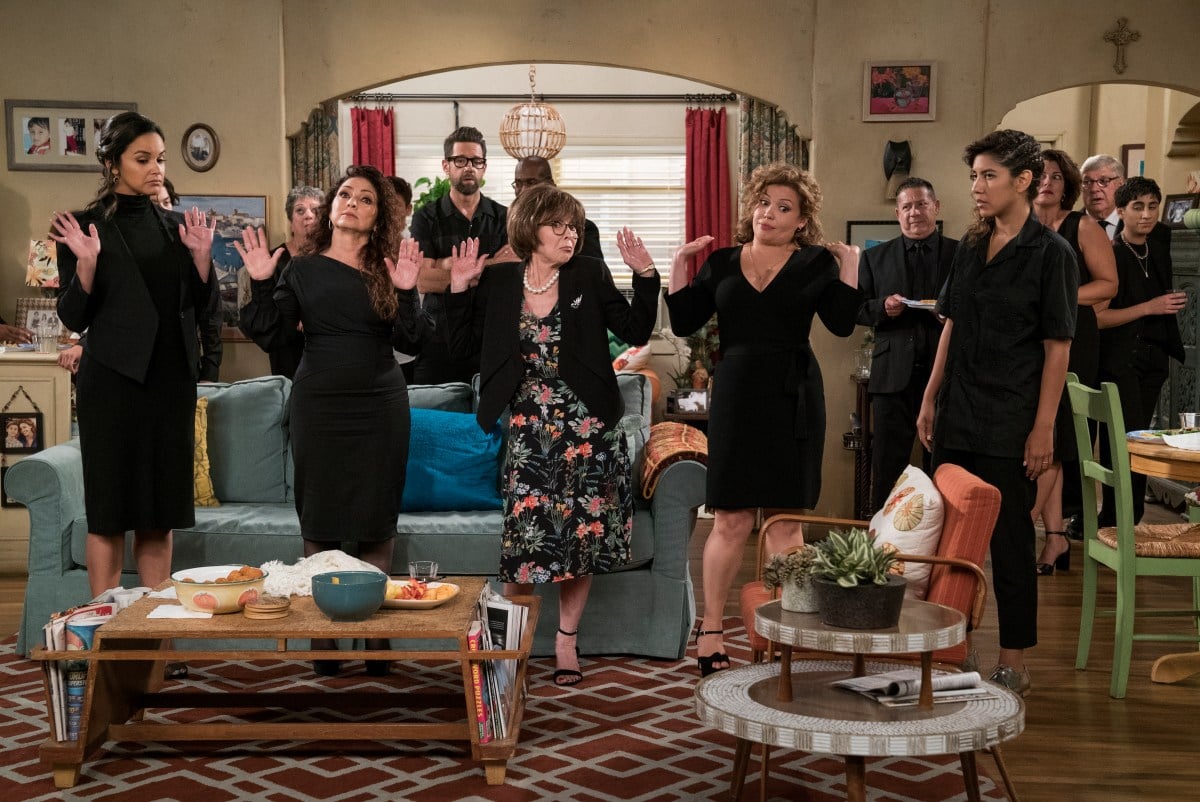 Netflix’s One Day at a Time is back for a third season, and it couldn’t come a moment sooner. The series, rebooted from the Norman Lear classic, follows the Alvarez family, a tightly-knit Cuban-American household lead by single mother Penelope (Justina Machado). Penelope is joined by her flamboyant mother Lydia (the iconic Rita Moreno) and her kids, queer teen activist Elena (Isabella Gomez) and her immature younger brother Alex (Marcel Ruiz). They’re joined by goofy but well-meaning building owner Schneider (Todd Grinnell) and Penelope’s nebbish boss Leslie (Stephen Toblowsky).

I’ll admit, I wasn’t sure if ODAAT would be my thing. I’m not a fan of the traditional three-camera sitcom, which its pat jokes and saccharine special episodes. ODAAT feels like a throwback of a show, laugh track and all. But it works. The brilliant show, run by Gloria Calderon-Kellett, follows that well-worn sitcom structure, but infuses it with warm humor, fully realized characters, and a fully realized political perspective.

ODAAT has never shied away from delving into deeper topics. Past seasons have covered storylines around illegal immigration, racism, depression, addiction, PTSD, and coming out. Instead of being preachy about social issues, the show thoughtfully covers all perspectives and takes time to articulate the issues. Season three features an entire episode on consent and toxic masculinity, which should be required viewing for all high schoolers (hell, everyone). This season also offers a powerful episode on losing your virginity, when nerdy teens Elena and Syd think about having sex for the first time.

There’s so much warmth and authenticity in the show, especially when it comes to Elena and Syd’s relationship. Syd is non-binary, which the show approaches with humor and sensitivity. And Elena (who is such a Mary Sue) is authentically portrayed as an awkward but endearing nerd. So often when nerds (and especially nerd girls) are portrayed in film and television, they are often the butt of the joke. And while the family makes plenty of jokes about Elena’s nerdy interests, they never judge her for who she is and who she loves. Also, we find out that Elena has a secret Finsta account that’s just her cosplaying Wynonna Earp, which is the kind of queer nerd content we live for.

Season three also features some terrific guest stars. The first episode sees the family reunite for a funeral, where we meet Lydia’s estranged sister Mirtha, played by Gloria Estefan (who sings the show’s catchy AF theme song). They are also joined by Brooklyn Nine-Nine‘s finest, with Melissa Fumero playing Penelope’s BFF cousin Estrellita and Stephanie Beatriz as Pilar, the only other queer in the family.

If you’re new to the series, all three seasons are available on Netflix, and since the show is constantly on the bubble, it’s important for as many people as possible to watch it. This show is so warm and heartfelt, and it’s exactly what we need right now. So listen to Calderon-Kellett and give it a shot.

HUGE favor: If you want to support me & the show then PLEASE watch & tell friends & family to watch at least FOUR episodes in the next few days. Netflix decides what gets picked up based on views. I love this show & love writing this relatable family. PLEASE WATCH! Thank you.

Are you excited about season three of ODAAT? Let us know in the comments!

latinx representationNetflixOne Day at a Time