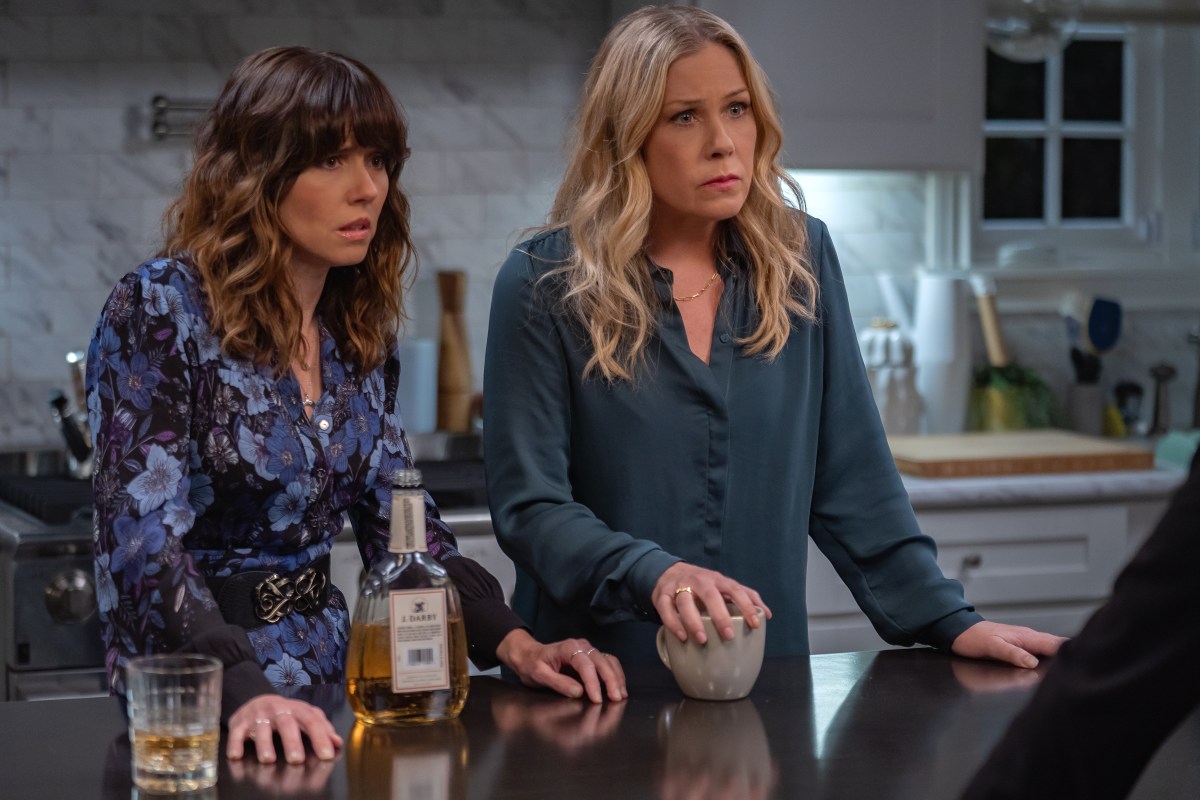 SPOILER ALERT: This review contains spoilers for the first five episodes of S2 of Dead to Me.

A year after the shocking cliffhanger that ended its first season, our favorite dysfunctional friendship dramedy is back for more mayhem. Season 2 of Dead to Me picks up right where it left off, with Jen (Christina Applegate), Judy (Linda Cardellini) and a dead body in a swimming pool. Said body is Steve (James Marsden), Judy’s emotionally abusive ex, whom Jen killed in either self defense or a fit of murderous rage, depending on who you ask.

And with another death on their hands, Dead to Me is off and running. The first season was a poignant, darkly funny look at grief and guilt. While the plot mechanics of Dead to Me often veer into telenovela territory, the series remains grounded thanks to whip-smart writing and tour de force performances from its two leads. Applegate especially is doing the finest work of her career, giving nuance to Jen’s fury and grief.

The pitch-black comedy loves to tighten the noose around Jen and Judy’s necks, as they must deal with the fallout of Steve’s murder. Detective Perez (Diana Maria Riva) is still suspicious of the duo, and things get even more complicated with the surprise arrival of Steve’s twin brother Ben (also played by Marsden). Where Steve was a slick, abusive alpha male, Ben is a dorky, kindhearted chiropractor who easily fits into the ensemble, reminding us of what an underrated actor Marsden is. Natalie Morales (The Middleman) joins the cast as a new easy-going friend for Judy.

Dead to Me is a wildly unique show in that it is part crime drama, part mystery, and part buddy comedy. Created by Liz Feldman, the series centers on uniquely female stories, delving into breast cancer, infertility, mental health, gaslighting, parenting, and aging. There is a bracing authenticity to these issues, thanks to the women writing and directing the episodes.

Only a show like Dead to Me can effortlessly switch gears between burying a body and discussing body image, but it’s part of the show’s unique charm, where it can mock the shallow affluenza of Laguna Beach while engaging in hardcore criminal activities. It’s like Breaking Bad if Walt and Jesse took off their yellow hazmat suits and sat by a pool drinking orange wine after a long day of cooking meth.

Jen and Judy’s relationship evolves as the duo grow closer and form a makeshift family, raising Jen’s sons together. What makes the series so satisfying is the three-dimensionality of these women and their partnership. While both Jen and Judy get to explore their own romantic entanglements, the series always puts their friendship front and center.

What a treat to see such a rich and layered series turn its focus to a dysfunctional yet deeply committed friendship between two grown women. Dead to Me delivers another strong season by showing us the fallout and the flailing that comes from two very good people doing very bad things.