Sean Connery & Domestic Violence: The Legacy of His Allegations and Statements 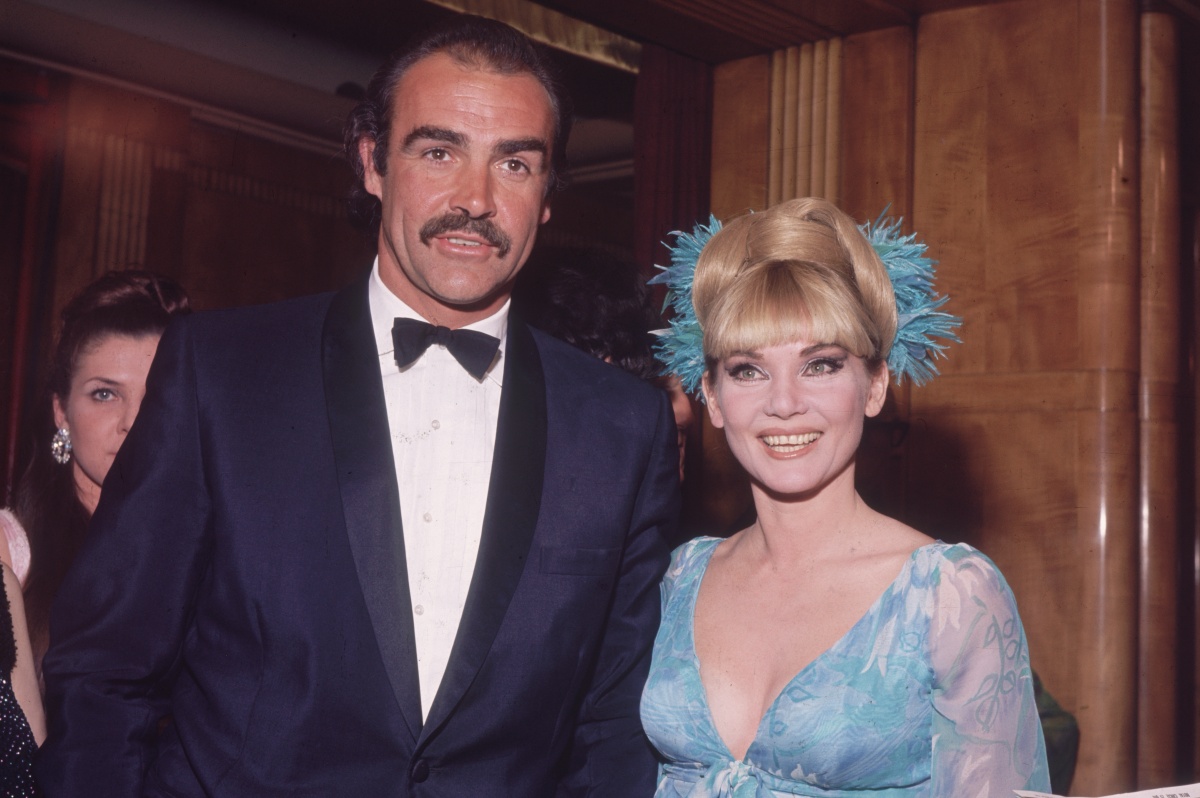 At The Mary Sue, we are feminists, but we are also fallible human begins who do our best to hold ourselves accountable when we’re called out, and recently, we received a message about our coverage of the late actor Sean Connery and not doing enough to highlight his comments about domestic violence and the allegations against him. So, let’s discuss and break down the allegations against Connery from his ex-wife, Diane Cilento, and the comments he made about hitting women in the ’60s and ’90s.

What begins the record of the issue around the late actor and domestic violence happened during an interview with Playboy magazine in 1965. The original 007 was quoted as saying, “I don’t think there is anything particularly wrong in hitting a woman, though I don’t recommend you do it in the same way you hit a man.”

Some of his friends say that this is a misquote, and he actually said, “You can do a woman a lot more harm by moral torture than with a slap.” Which honestly, doesn’t sound much better, but I guess the desire is to say that he didn’t actually advocate for physically harming women.

He is also reported to have told Vanity Fair in 1993: “There are women who take it to the wire. That’s what they are looking for, the ultimate confrontation. They want a smack.”

Adding fuel to this, in 2006, his ex-wife, Australian actress Diane Cilento, released her autobiography, My Nine Lives. In it, she claimed that, during her eleven-year marriage to Connery, he was mentally and physically abusive. When these allegations arose, he canceled an appearance at the Scottish Parliament because of them.

His “friends” put out a statement saying the actor told them, “I don’t believe that any level of abuse of women is ever justified under any circumstances. Full stop.” It’s since been echoed from the original Times story as though the actor himself released a public comment, but the actual phrasing was:

The Edinburgh-born movie star has always maintained he was quoted out of context and last week told friends: “My view is I don’t believe that any level of abuse against women is ever justified under any circumstances. Full stop.” Sources close to Connery said he had been “hurt and annoyed” that alleged comments from 40 years ago were still being dredged up.

Snopes points out that the statements he made are not simply “alleged” because there is even an on the record, on-camera interview with Barbara Walters where he continued these statements. Also, Snopes provides the full passage from the Playboy article that shows Connery made those statements:

“I don’t think there is anything particularly wrong about hitting a woman — although I don’t recommend doing it in the same way that you’d hit a man. An openhanded slap is justified — if all other alternatives fail and there has been plenty of warning. If a woman is a bitch, or hysterical, or bloody-minded continually, then I’d do it.

I think a man has to be slightly advanced, ahead of the woman. I really do — by virtue of the way a man is built, if nothing else. But I wouldn’t call myself sadistic. I think one of the appeals that Bond has for women, however, is that he is decisive, cruel even. By their nature women aren’t decisive — “Shall I wear this? Shall I wear that?” — and along comes a man who is absolutely sure of everything and he’s a godsend. And, of course, Bond is never in love with a girl and that helps. He always does what he wants, and women like that. It explains why so many women are crazy about men who don’t give a rap for them.”

A reminder for all of you who are honoring Sean Connery.

He was 57 years old when he gave this interview with Barbara Walters. pic.twitter.com/LIIBqSWwgj

Nothing would have erased his comments or Cilento’s allegations, but if Connery had actually released a remorseful statement about this history or kept his planned appearance and answered for it publicly, it would have been a show of good faith, rather than avoiding it and being annoyed that people are upset over it (again, reportedly off the record). Having a man who has portrayed Hollywood’s most prolific dubious-consent action hero say, at the very least, that his past comments were toxic BS would have been impactful.

As then-Labour MSP Pauline McNeill said at the time, “I think he should be prepared to come and talk about it. It was maybe said in the 1960s, but this is about shaping attitudes now. He could do a lot of good if he changed his mind.”

Yet, as we see, there is no evidence from his own words that he actually changed that point of view.

When I heard of the actor’s passing, it was, even as someone who has dealt with emotional abuse from a partner, an emotional moment for me—not because I knew Connery or because I have lionized him or excused his actions, but because of the memories of watching his movies with my family.

Yet, in that, I missed an opportunity to express that you can have fond memories of a figure without whitewashing who they were. Unfortunately, I didn’t lead with that in my opinion, so I apologize for that.

That is a part of his legacy, and it should be part of the record as we explore this man and actor.

If you need help, call the National Domestic Violence Hotline at 1-800-799-7233 or visit TheHotline.org.