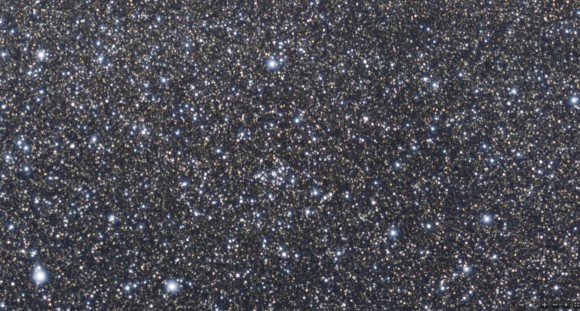 Carl Sagan once famously said we are made of star-stuff. So, too, is the bottom of the sea, apparently. Two teams of scientists have each analyzed over 120 samples taken from each of the Earth’s major oceans. Throughout each sample, they’ve found the an isotope signature matching what many scientists believe to be the remnants of stars that exploded millions of years ago. Radioactive iron-60 is the isotope in question, and it’s believed to be a bit of “stellar shrapnel” (as Motherboard’s Becky Ferreira eloquently puts it), emanating from an explosion about 325 light years away.

The scientists’ research goes on to posit that the discovery of these isotopes can now lead to further questions around whether these bits and pieces of supernovae have impacted Earth’s development as a planet, and—perhaps more importantly—whether it’s affected the evolution of humans as a species. It’s not too much of a stretch, as University of Kansas astrophysicist Adrian Melott points out. In a press release from the university, he said, “Our local research group is working on figuring out what the effects were likely to have been. We really don’t know. The events weren’t close enough to cause a big mass extinction or severe effects, but not so far away that we can ignore them either. We’re trying to decide if we should expect to have seen any effects on the ground on the Earth.”

It remains yet to be seen what those effects might be, though the timeline of the supernovae event closely lines up with a few events that occurred here on Earth, the most prominent of which was the decline of the sea-based Megalodon and the beginning of humans’ dominance over land. Obviously there’s no direct correlation between the supernovae and these occurrences–correlation isn’t causation, after all–but that doesn’t mean it’s something that shouldn’t be examined. At the very least, it’s exciting to imagine how susceptible we are to stellar events. It’s a massive, massive, massive universe out there, yet this is a pretty strong reminder that our planet shares a neighborhood with some pretty interesting things.