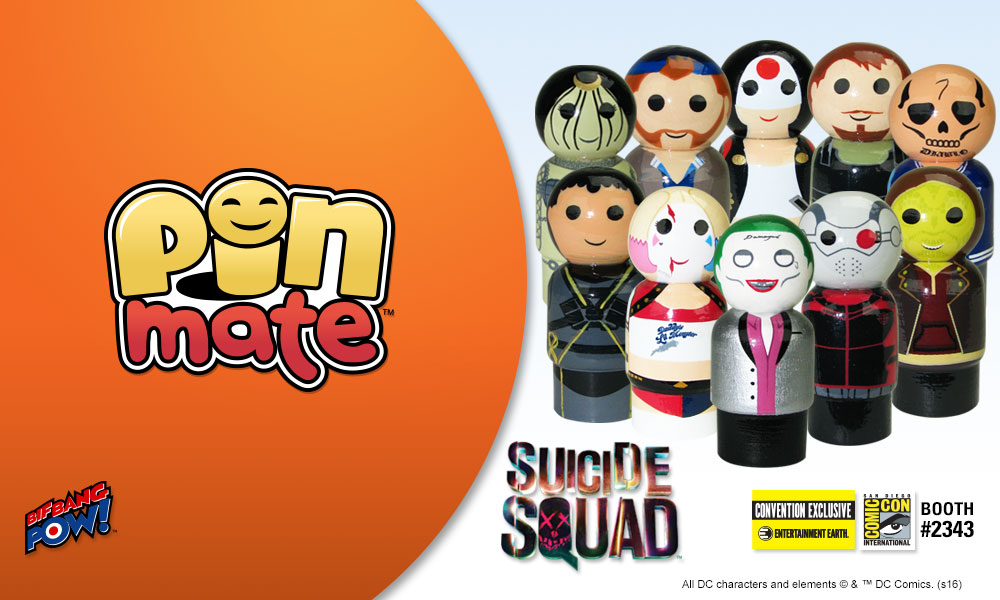 A must-have for any DC Comics fan, this never-before-seen wooden figure set showcases 10 of the most sinister Super-Villains that are so bad they could be used for good. Individually numbered within the series, every figure is numbered on the bottom as well as on the packaging. SLIPKNOT™ is number 2; BOOMERANG™ is number 3; KATANA™ is number 4; ENCHANTRESS™ is number 5; RICK FLAG™ is number 6; THE JOKER™ is number 7; HARLEY QUINN™ is number 8; DEADSHOT™ is number 9; KILLER CROC™ is number 10; DIABLO™ is number 11.

If you won’t be at SDCC, you can pre-order at set at Entertainment Earth now. 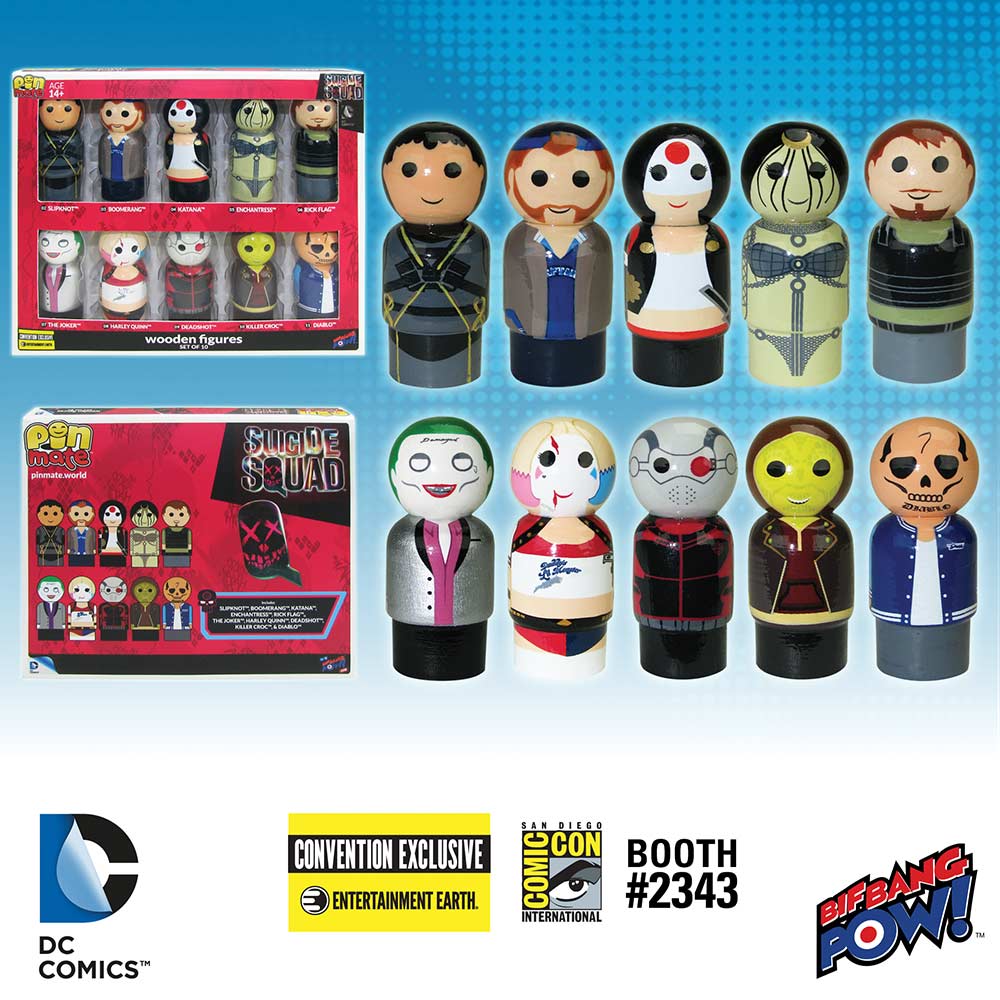