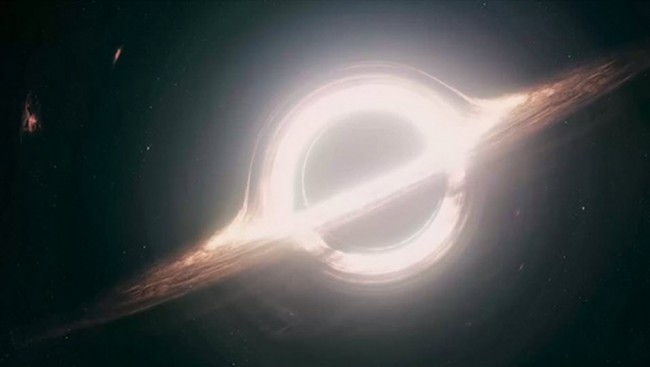 Remember in the first Star Trek reboot film when Nero traveled back in time through a wormhole, only to kill Jim Kirk’s father and destroy Vulcan, thus setting off an alternate timeline in which Kirk grows up with Greg Grunberg as his stepdad and Spock is now a member of an endangered species? Well that could happen in real life if you’re going by the words of some very smart people.

Scientists think they’ve figured out how to actually travel through a black hole, according to Blastr. Focusing on the simple, electrically-charged black holes that aren’t rotating, researchers from the Institute of Corpuscular Physics suggest that it is possible to come out of the other end rather than just disappearing into the void. So instead of a black “hole,” per say, it’s more like a black “window” (not to be confused with Black Widow).

The key is to look at the black hole as a crystal-like structure. “Just as crystals have imperfections in their microscopic structure, the central region of a black hole can be interpreted as an anomaly in space-time, which requires new geometric elements in order to be able to describe them more precisely,” Gonzalo Olmo, a Ramón y Cajal grant researcher at the Universitat de València (University of Valencia) said. So the black hole is crystal-like, and the object traveling is a geometrical anomaly, and the center point of the black hole is where the laws of physics go out out the window—leaving room for the impossible.

In theory, a person or object would enter the black hole and then be stretched and twisted sort of like Alice falling down the rabbit hole until they’re “spaghettified,” then come out of the other side intact. The problem, however, lies with surviving that process before being spat out into a whole new universe. Any takers on how to solve that one?

On the plus side, we can hope for this theory to one day become reality and lead to some super long distance traveling, which may turn into the discovery that Borgs exist—and then we’re back to figuring out how to save our beloved Captain Picard, and it’s downhill from there.

(via Blastr, image via Paramount Pictures)