Their "affluenza" probably doesn't help. Where's the vaccine for that, anyway? 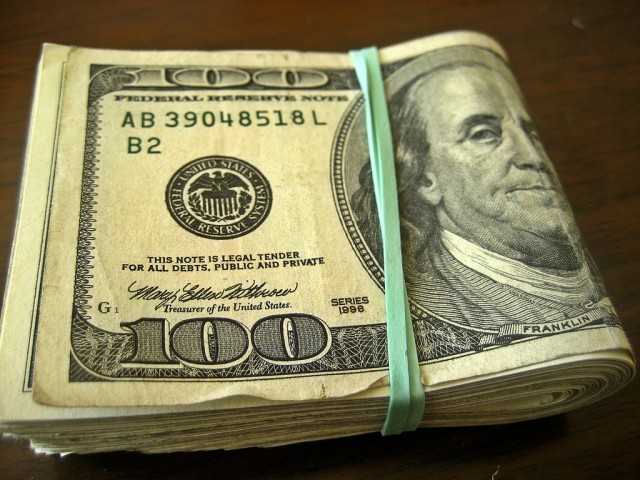 Man, tensions have sure risen between the incredibly wealthy and the entire rest of humanity lately, and some among the wealthy have taken to throwing out comparisons between their “struggles” and Nazi persecution. Because yeah, sure, that’s reasonable. So, let science explain the phenomenon of out-of-touch rich dudes.

Over the past few years, Dacher Keltner, a University of California-Berkeley Psychology professor, has done several studies that show a correlation that most of us have already noticed: piles of money tend to make people awful. I mean, since most people are awful anyway, a bunch of money probably doesn’t help, but it’s good to know there’s science behind it.

Keltner’s research has covered topics like the wealthy’s decreased empathy, increased unethical behavior including driving like a jerk, and literally higher likelihood of taking candy from a jar labelled to be for children. Yes, lots of money seriously makes you more likely to take candy from a baby.

So, why is it that money makes people indulge in cartoonishly poor behavior? Keltner said in an interview with the Huffington Post that:

[The rich] believe more in the genetic basis of class categories. If you walk around with that belief, and someone says, ‘Well, gosh, what do you think about the poor people?’ in your mind you’re thinking that’s kind of where they belong. There’s no opportunity for change, and they’re a menace to society.

According to Keltner, the rich develop a belief in their own superiority, because being wealthy insulates them from society and regular problems like, “how will I pay my bills?” and “should I spring for some food or just eat tomorrow, instead?” They become unable to imagine what things are like from the opposing point of view, which makes it pretty much impossible for them to relate to others. Then, when someone challenges that belief, they become defensive, because they can’t understand the complaints against them.

That mindset leads to things like Napster co-founder Sean Parker making the completely reasonable logical leap of comparing critics to Nazi attack dogs when he disrupted neighbors’ lives to get himself some Verizon FiOS, and Wilbur Ross, who grew up in suburban New Jersey, saying that all you need to rise from “the ghetto” is an education. As we all know, going to Yale and Harvard Business School (like Ross) are totally realistic expectations of residents of “the ghetto.”

Keltner went on to say that the issue is compounded when the rich become surrounded with “yes men” who feed into the idea that there really is something about them that is better than other people aside from money, which makes it even more unlikely that they will avoid believing in their own inherent superiority.

So, you heard it. Science has basically said that it’s your duty to call rich people out on their bullshit and stop just agreeing with them so that they’ll keep letting their wealth trickle down on you. Well? What are you waiting for? You didn’t need their help anyway, right?