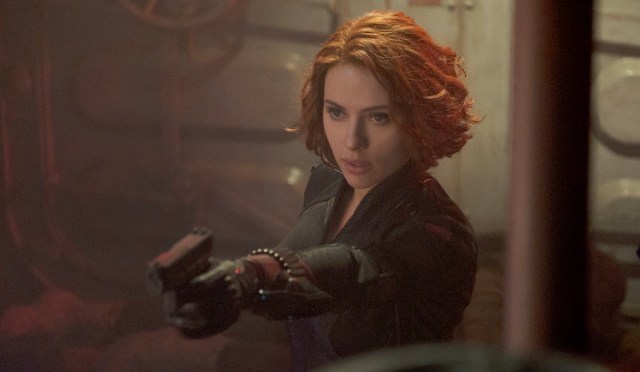 Scarlett Johansson recently had an interview with Hero Complex, where she reflected on the growing relationship between Bruce Banner and Natasha Romanoff, her sci-fi roles, and what she thinks of her current career trajectory.

The questions were fairly insightful, and a few of her answers definitely jumped out. When she was asked about the Natasha/Bruce ship, she said:

It was very unexpected for me, actually. According to Mark, he was like, “I saw it all along!” But when I read the script, I said to Joss, “But why? Is this out of convenience?” And he was like, “Gosh, do I have to explain everything, Johansson?” Ha ha … But actually when I started to work through the scenes with Mark, I was like, “Oh, of course these characters are together.” Because it’s not just beauty and the beast, it’s like, these are two people who have experienced so much trauma and are so traumatized by their own pasts, they’re haunted by their own memories, they’ve witnessed and been a part of such destruction…

… these two characters have finally come to a place where they’re like, ‘OK, we’ve put in the work, right? We’ve put in the hours. Can we have our lives? I want a life, you want a life …. ‘ And like any epic romance, ‘I see me in you, and this is exciting, and why can’t we have this? We deserve it like everybody else.’

… And it’s nice that it’s more complex than, ‘Oh, hey, over there. I saw you hulking out. Wanna grab coffee?’

It’s fairly obvious that a lot of Johansson’s latest roles have mostly been in sci-fi movies: Lucy, Under the Skin, Her, her upcoming role in Ghost in the Shell, and basically all of her MCU work. When asked about why she’s gravitated towards sci-fi, she said:

I don’t know necessarily that I’m particularly attracted to the sci-fi genre at all over any other genre. That’s just where the smart writing is going. It just seems to be where the bigger questions are being asked.

She has a strong point, as much of her work has dealt with fairly complex “hard sci-fi” topics that have to do with humans’ relationship with technology. Say what you will about Lucy, but most of the sci-fi roles she’s taken on have explored the ever blurring line between human and robot.

Still, she makes it clear that it’s the writing that draws her in, as she also said:

If I could find a really smart slice-of-life movie or romantic comedy or whatever else, I’d be there. It just seems to be that perhaps I’m interested in the bigger questions at this phase in my career and life, and maybe it will pare down and become more intimate later on.

And, as with most actors, she professed a desire to direct one day.