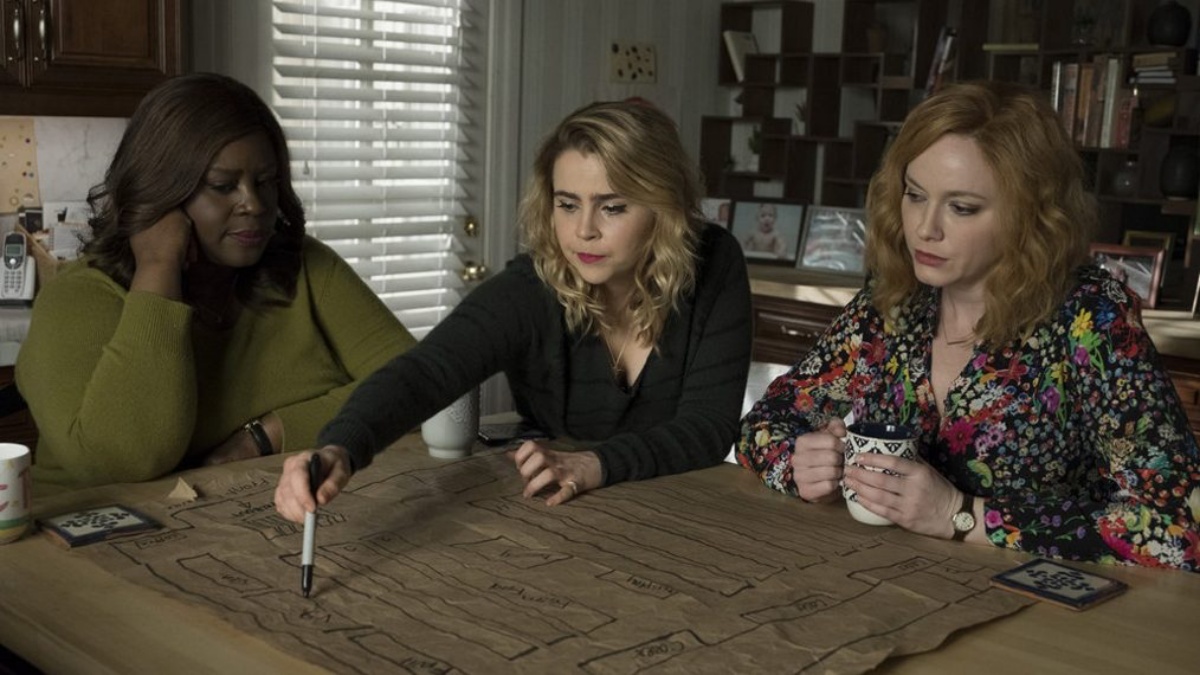 The popular NBC series Good Girls was renewed and then subsequently canceled suddenly for reasons that were unclear. Then, on Wednesday, an article was published by TV Line that seemed to lay the blame on actor Manny Montana, who plays Rio on the show.

According to TV Line, Christina Hendricks, Mae Whitman, and Retta, the three stars of the series, agreed to take pay cuts to return for a reduced eight-episode final season. Apparently, Montana did not agree to take a pay cut as well, which led to “money and scheduling” issues, according to the NBC sources cited in the article.

First of all, NBC may not be the powerhouse it was before, especially since it was is bought so cheaply during its merger with Comcast, but the business isn’t broke. For the three women headlining the cast, it is obscene that they would have to take pay cuts in the first place. Yes, that happens a lot when people believe in their project and put that above money. But how does a show about three women fall apart when a male co-lead isn’t available?

The piece outlines “drama” between Hendricks and Montana, which seems to just amount to the idea that they are not best friends in real life and keep things professional. Hendricks apparently doesn’t like that Montana calls her “Chris,” but that isn’t exactly the same as a toxic workplace. Two actors do not have to be best friends in order to do their job.

Not to mention if friction with Montana is such an issue, they can just write out Montana’s character, something the article points out:

“The studio’s willingness to forego a fifth and final season of a show called Good Girls, due to the absence of a supporting male character, struck some as ironic. And suspicious.

“They were looking for an excuse to cut bait,” posits one source.

Reps for NBC and Universal Television declined to comment for this story, but one company insider now concedes to TVLine that “creative issues” did indeed factor into the studio’s decision not to move forward with a fifth season.”

Whatever the creative issues are, right now it feels very suspect that rather than the executives just saying they didn’t want to invest in the project, they are quick to throw Montana under the bus. Not only does it feel suspect, but it also shows how easily they feel they can scapegoat him—something that fans quickly pointed out online defending Montana.

Why are they trying to make him the scapegoat when they could have paid everyone what they were making last season or have given them all a well deserved raise for making it to a 4th season. These studios and networks ain’t broke. https://t.co/pSEdWBedyh

This is not a real reason. L O L https://t.co/sNKRFq3Bpy

Whatever they were trying to do here, it backfired hard.