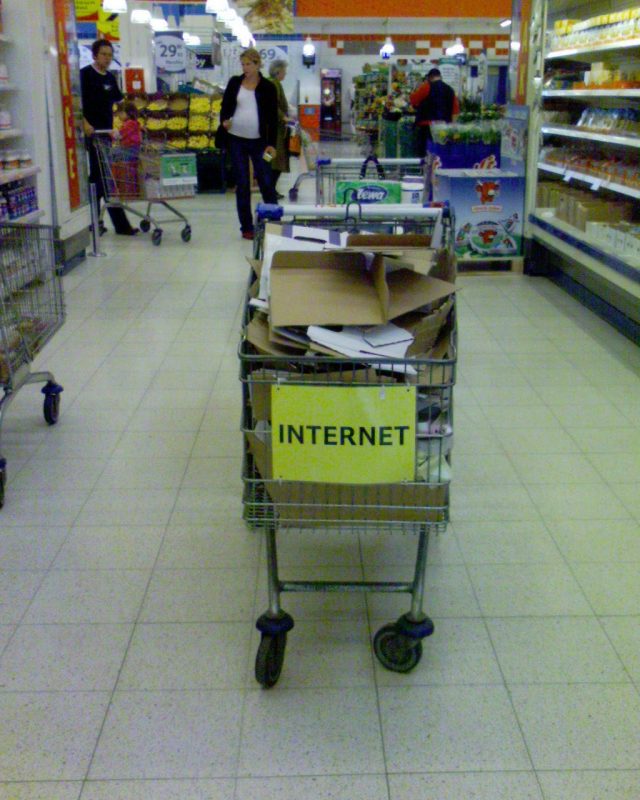 The internet never forgets. That’s a phrase our generation grew up repeating to ourselves, and it’s always held true. Your embarrassing LiveJournal entries and PhotoBucket albums are still out there, somewhere, cached for eternal perusal by enterprising researchers. The internet’s long memory is a double-edged sword; it can certainly pose a problem for those of us who need to avoid stalkers and the threat of doxxing, but it can also come in handy when it comes to providing a long-term historical record of our culture.

The Internet Archive has been one of the driving forces behind the guarantee that the internet never forgets. By providing free resources like the Wayback Machine, Open Library, and the Political TV Ad Archive, the Internet Archive has ended up serving as librarian to our abandoned GeoCities pages, plus all that other stuff that’s actually important.

The Internet Archive’s headquarters is located in San Francisco, which before now, didn’t necessarily pose a problem. However, given President-elect Trump’s attitudes about free speech and net neutrality, the Archive has decided to make some changes this year. In a blog post announcement today, the organization announced:

“We have set a new goal: to create a copy of Internet Archive’s digital collections in another country. We are building the Internet Archive of Canada because, to quote our friends at LOCKSS, ‘lots of copies keep stuff safe.’ This project will cost millions. So this is the one time of the year I will ask you: please make a tax-deductible donation to help make sure the Internet Archive lasts forever.”

The announcement went on to emphasize the concerns introduced by the U.S.A.’s “new administration,” whose proposed policies serve as “a firm reminder that institutions like ours, built for the long-term, need to design for change. For us, it means keeping our cultural materials safe, private and perpetually accessible. It means preparing for a Web that may face greater restrictions. It means serving patrons in a world in which government surveillance is not going away; indeed it looks like it will increase… The Internet Archive is a non-profit library built on trust. Our mission: to give everyone access to all knowledge, forever. For free.”

If reading about net neutrality concerns and information security has made you feel overwhelmed, this is at least one small way that you can help.