Are Women Really Being Electronically Tracked in Saudi Arabia? 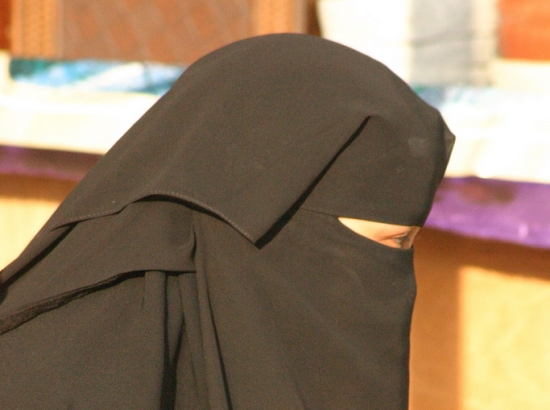 Saudi Arabia isn’t exactly known for its kind treatment of women. That’s just a fact. What’s being described as a new system to electronically monitor women in the country, which has a notoriously strict interpretation of Islamic law, is making the rounds across the Internet. So, are women really being electronically tracked in Saudi Arabia? The answer is yes, but it’s not something that’s new.

The current furor traces back to a number of tweets last week when some Saudi women discovered their husbands were receiving text messages notifying them of their spouses’ entrances to and exits from the country. That’s obviously sketchy, and definitely happening, but it’s been that way for a while now.

According to Riyadh Bureau, this is actually a system that’s been in place since at least 2010. Here’s the quote they use from Eman al-Nafjan:

Apparently they have a new service where they send the male guardian a text every time a “dependent” leaves the country. They don’t state which country the dependent left for but simply state that they did leave. My husband tells me he got the same text when I left for Germany. I am an adult woman that has been earning my own income for over a decade now but according to the Saudi government, I am a dependent till the day I die because of my gender.

So, why is this suddenly news? Folks are supposedly receiving these text messages without ever signing up for them, whereas it was previously an opt-in service from the Ministry of Interior. As it turns out, many of those now receiving these notifications probably signed up to receive them without even realizing it.

In April, the Ministry of Interior introduced an electronic services system which Riyadh Bureau refers to as Absher. The goal of this system was to streamline anything and everything related to dealing with the Ministry. Signing up for it meant the general public didn’t need to deal with actually going to the office, which is typically the goal of these kinds of systems.

One of those services that it was meant to streamline is issuing travel permits to dependents. This is a category into which, as previously stated, Saudi Arabia lumps women. Registering for the service requires a mobile number. You can probably see where this is going. Those signing up probably didn’t read the terms and conditions carefully, as it’s stated there as an example that it’ll notify by SMS when dependents arrive in the country.

There’s no way to avoid this kind of monitoring. It’s happening whether folks receive notification of it or not. If folks really want to bury their heads in the sand, they could always avoid signing up for the service that makes the process smoother, but it’s not going to change whether Saudi women’s movements are tracked.

(via Riyadh Bureau, The Raw Story)