Saturn’s Moon Titan is Slushy All the Way Down 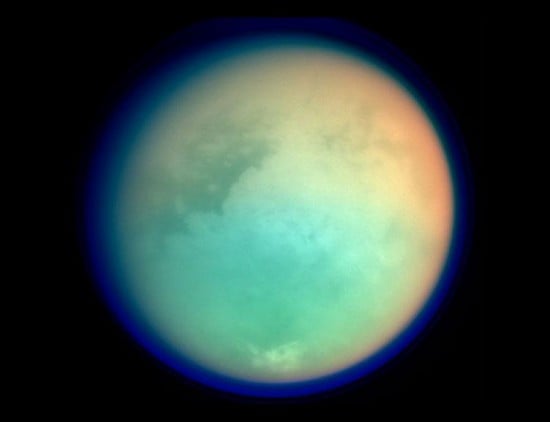 A new look at Saturn‘s satellite reveals that beneath its icy crust and lakes of liquid methane is a slushy mixture of ice and rock.

This new theory is suggested by readings of Titan‘s gravity field made by very precise measurements of its effect on the movements of NASA‘s Cassini Orbiter.  Scientists say this means that Titan “never got hot enough to separate out into a core, mantle, and crust.”

We only have one question.  Blue-Raspberry?

From the National Geographic article:

Titan’s ice and rock remained together in a relatively lukewarm mixture.

This mixture took a leisurely million years or so to settle toward Titan’s center—”plenty of time for heat to escape” and for the moon to cool into its present state.

This discovery might be the reason why Titan has no large mountains, as they would simply sink back into the soft ice.

The whole National Geographic article can be found here.