Only Diamonds Are Forever: Saturn Losing Its Rings Says NASA | The Mary Sue

Only Diamonds Are Forever: Saturn Is Losing Its Rings, Says NASA 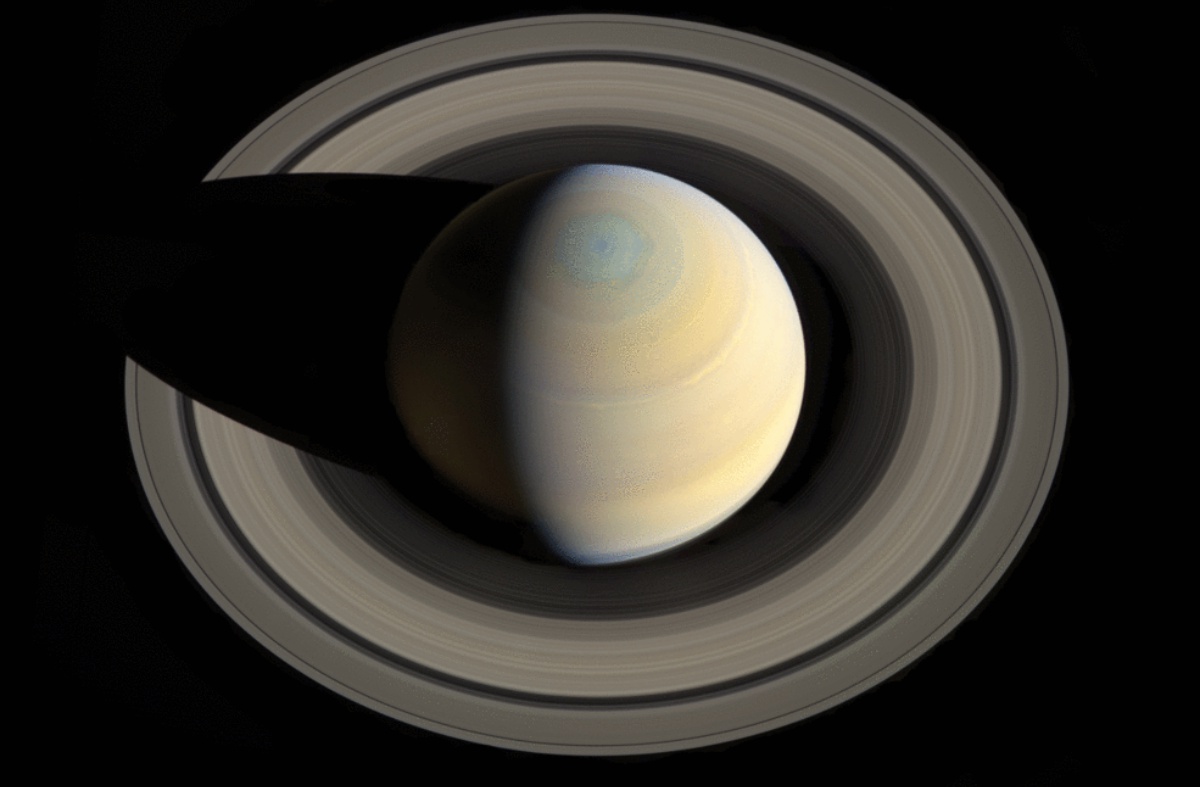 It’s hard to let things go, but it appears that even planets have to deal with loss. According to a press release from NASA, Saturn really is “losing its iconic rings at the maximum rate estimated from Voyager 1 & 2 observations made decades ago.”

Why is this happening? The same reason most things happen: gravity and age. NASA says that Saturn’s gravity is pulling the ice that makes up the rings “into a dusty rain of ice particles under the influence of Saturn’s magnetic field.” As a result, there is “ring rain,” which is nothing to sniff at:

“‘We estimate that this “ring rain” drains an amount of water products that could fill an Olympic-sized swimming pool from Saturn’s rings in half an hour,’ said James O’Donoghue of NASA’s Goddard Space Flight Center in Greenbelt, Maryland. ‘From this alone, the entire ring system will be gone in 300 million years, but add to this the Cassini-spacecraft measured ring-material detected falling into Saturn’s equator, and the rings have less than 100 million years to live. This is relatively short, compared to Saturn’s age of over 4 billion years.'”

As someone who both loves space and is a fan of Sailor Moon, this news is very interesting to me, especially because it tells us that it’s possible that other planets in our Solar System may have, at one point, had rings, but due to gravity and possibly weaker bonds than Saturn’s rings, we could have just … missed it.

“We are lucky to be around to see Saturn’s ring system, which appears to be in the middle of its lifetime. However, if rings are temporary, perhaps we just missed out on seeing giant ring systems of Jupiter, Uranus and Neptune, which have only thin ringlets today!” O’Donoghue continued from his above statement.

As you may remember from science class or The Magic School Bus, the rings of Saturn are mostly made up of chunks of water ice, ranging from “microscopic dust grains to boulders several yards (meters) across.” They’re caught in the gravity dance of Saturn trying to pull the back in and the orbital velocity that wants to fling them into space. It’s like a “will they, won’t they” relationship in a sitcom, very Sam and Diane.

“Tiny particles can get electrically charged by ultraviolet light from the Sun or by plasma clouds emanating from micrometeoroid bombardment of the rings. When this happens, the particles can feel the pull of Saturn’s magnetic field, which curves inward toward the planet at Saturn’s rings. In some parts of the rings, once charged, the balance of forces on these tiny particles changes dramatically, and Saturn’s gravity pulls them in along the magnetic field lines into the upper atmosphere.”

And that creates the rains down in Saturn, with gravity winning out against orbital velocity. The team at NASA is looking to see how the ring rain will change with the seasons on Saturn. Like Earth, it has four seasons—they just last seven years like some terrible Westeros world, due to its 29.4-year orbit. That orbit will expose the Sun to different portions of the rings and will, therefore, change the quantity of ring rain the planet experiences.

Although we still have several million years left with Saturn and its rings, there’s something so surreal about the fact that, one day, it’ll be gone or just a whisper of its former self. That kind of scale is what makes space so fascinating.