Thanks, I Hate It: Sarah Palin Raps Baby Got Back on The Masked Singer 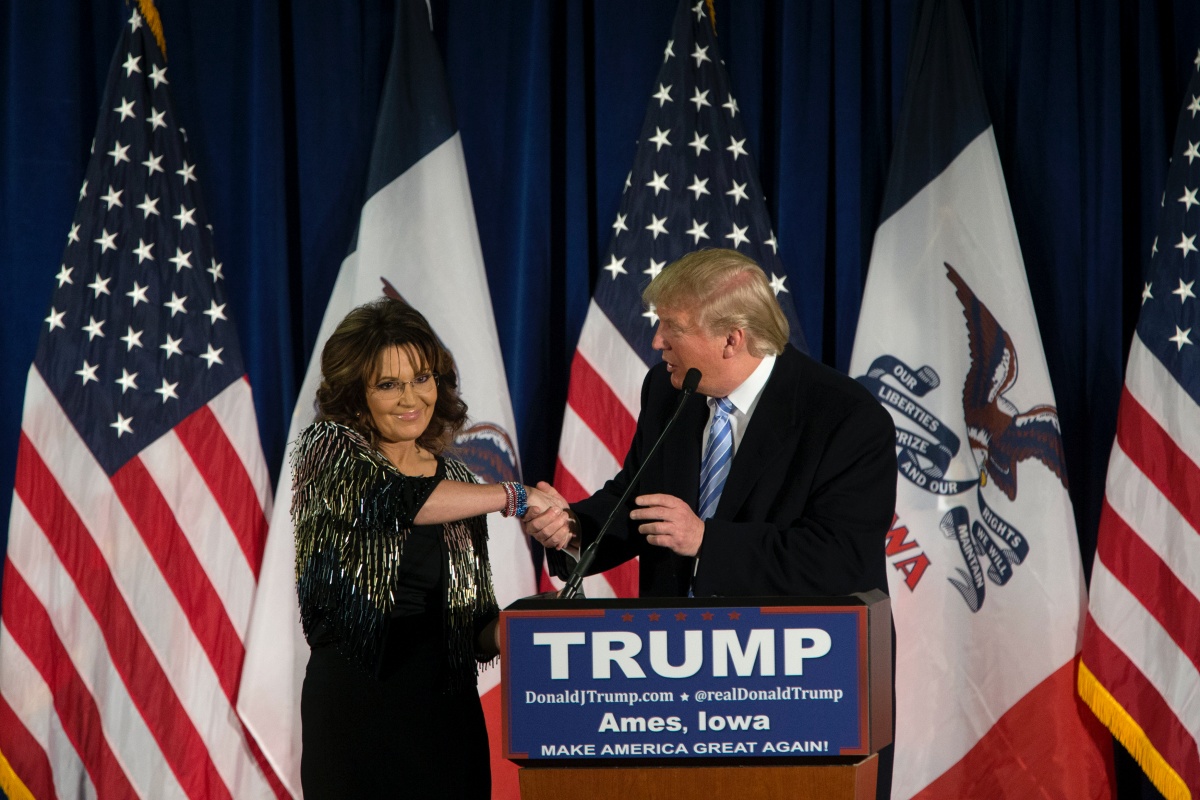 The media’s treatment of Sarah Pailin’s clownery, incompetence, and inadequate knowledge as she ran for vice president in 2008 is part of the reason we now have a Trump presidency. Yet, the Alaska politician was able to be on The Masked Singer, doing whatever the white equivalent of shuckin’ and jivin’ is to Sir Mix-a-Lot’s ’90s classic Baby Got Back.

Host of the show Nick Cannon was stunned at the revelation that under the pink bear costume was failed VP candidate Sarah Palin. “This might be the most shocked I’ve ever been on this show,” he said.

After all, it’s not every day that you see someone who lowered the bar of political knowledge so vastly just further making a spectacle of herself for the sake of public goodwill. Palin explained that she picked her bear costume because of her love of outdoors and being from Alaska. That’s so sweet. If only she cared enough about the outdoors to believe in climate change or respect First Nation populations or not pivot towards far-right nonsense for popularity.

“The bear is part of my nickname growing up and the whole ‘Mama Bear’ thing, and they’re in Alaska,” she said. “Bear was easy.”

She also said, “I was really appreciative of The Masked Singer, because they let me exploit men. Did you guys notice I changed the lyrics? It was all about men’s butts, not women’s!”

Wow. Yeah … these are the end times, and I hate them.

Sarah Palin rapping “Baby Got Back” on The Masked Singer with a fade into a Trump coronavirus update is the psychedelic dystopia we’re living in now. pic.twitter.com/Aisls1W011

Sarah Palin on TV singing Baby Got Back in a bear costume to raucous applaud and laughter cutting to Trump’s statement about a deadly pandemic that he’s doing pretty much nothing about sums up present day America nicely.

Sarah Palin being on The Masked Singer stresses me out more than the coronavirus pic.twitter.com/uwhl5EJNyX

Since Sarah Palin is trending I can remind you all of this pic.twitter.com/qsDEZy938w

The thing that makes this so, so, damn frustrating is that in a few years … this will be Trump. We have already allowed George W. Bush to get the softball treatment because Trump has been so awful that we forgot the foundation that led to his election—or, worse, we’ve got major political figures, who are supposedly on our side, actively rewriting history in claiming Trump is an aberration. As much as we are critical of the fan culture around politicians, the media will allow them to come on national television dressed like a Lisa Frank character and dance/rap as a way to distract from their trash.

When The Apprentice: DC Edition starts up, don’t be shocked.