But at least she's "always rocking for her Daddy!" 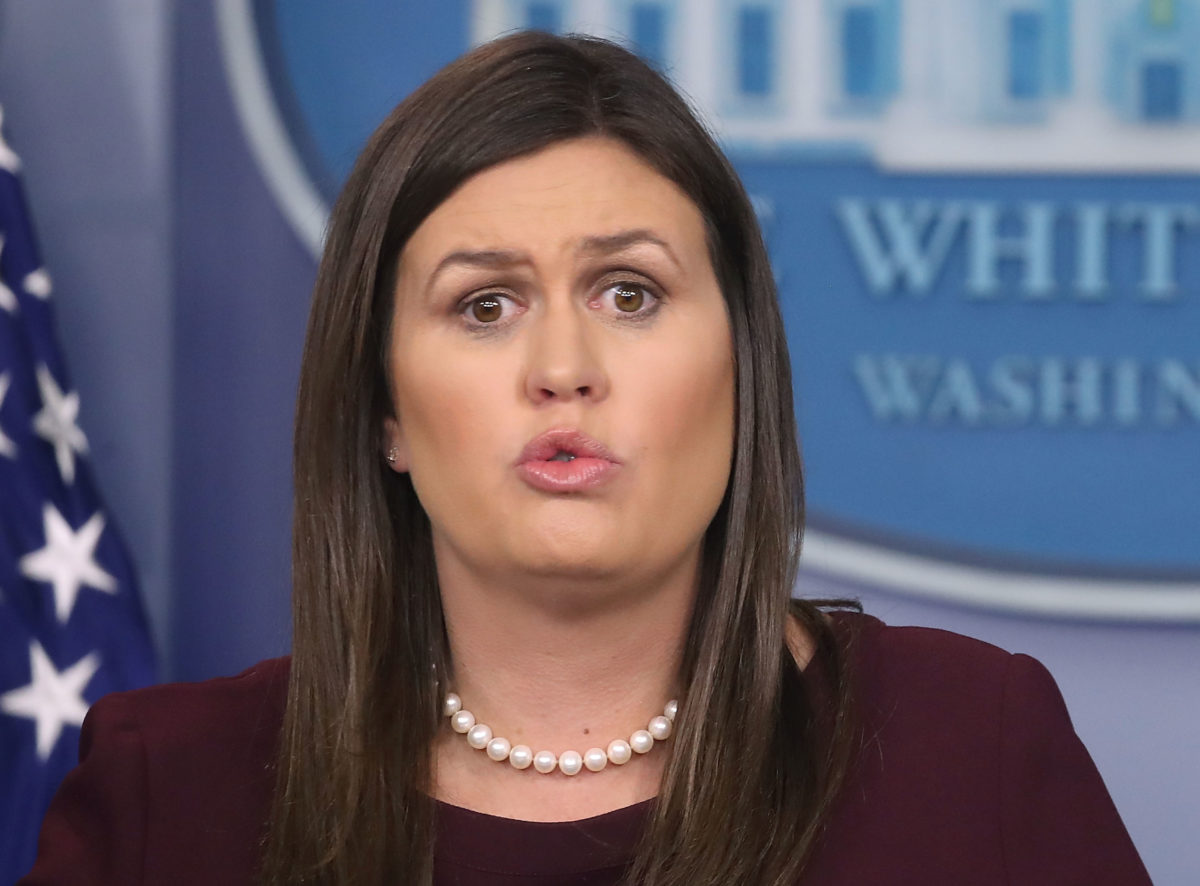 In a new puff piece courtesy of the New York Times, Queen Liar Sarah Huckabee Sanders announced that she is heavily considering a run for Governor of Arkansas in 2022. Claiming that “There are two types of people who run for office, People that are called and people that just want to be a senator or governor. I feel like I’ve been called.” Called by who though? The Devil? The Trump administration? Because it certainly wasn’t our lord and savior Mrs. Jesus Baby Yoda Christ. She would never.

Aside from this potential gubernatorial bid, the piece glowingly writes about her “living her best life” back in Arkansas, including a description of her brand new $600,000 home in Little Rock’s “wealthiest neighborhood” (with an in-home studio for all of her Fox News appearances, naturally).

“Her office is decorated with political paraphernalia, including a Woman of the Year award from Virginia Women for Trump and a signed electric guitar from Mr. Huckabee, which credits her with “always rocking for her Daddy!”

I just need to pause for a minute to acknowledge the inherent sadness and hilarity of mounting an electric guitar autographed by your own father. As if your father was a famous musician and not the southern fried Gargamel of racism. But at least it’s a tacky token acknowledging her role as the family (and GOP)’s latest shill. You know Don Jr and Eric would KILL for a gift like this.

The other highlight of the article was when Sanders declared “I don’t like being called a liar.” In the same vein that racists hate being called racist, it would make perfect sense that the woman who snatched the Liar Crown from both Sean Spicer and Kellyanne Conway (the Trump White House has some stiff competition y’all), and whose time as the White House Press Secretary was defined by her unabashed lies, would reject the title of “liar.”

Of course, Twitter had much to say about this. From reminding everyone about her infamous “the president reads more than anyone else I know” lie to the fact that she lied SO MUCH that it made it into the Mueller report, the internet is seizing the opportunity to remind us all about her many “slips of the tongue.”

“I don’t like being called a liar” said Sarah Sanders. But it was too late. The fire on her pants had engulfed her and she vanished. https://t.co/HXlILGzHx9

Whenever Sarah Sanders shows up at a store or restaurant, take her order, let her wait for an hour, bring her a bill while insisting she has received her order, and when she gets mad, talk about civility and respect.

This chronic liar has to get a damn taste of how we feel.

Sarah Sanders also lied about why the White House took away @Acosta’s press credentials and tweeted out a doctored video to try to back up the lie, but a federal judge rejected her attempt to rewrite the facts. https://t.co/0rID434LNo

“The main thing I like about her is her honesty” – one Arkansas voter tells the Times, about Sarah Sanders. Meanwhile, the Times itself refuses to call her dishonest and just quotes David Axelrod calling her dishonest.

Unfortunately, this will probably not deter her base or diminish her popularity in Arkansas. At her rally, one white woman was quoted as saying that what she loves about Sanders is “her honesty.” To which I can only respond by with my own quote from Trump —“This is just words! Too many words! Words don’t mean anything!”