Samuel L. Jackson Talks the Return of Frozone, The Greatest Good The Incredibles 2 Is Ever Gonna Get 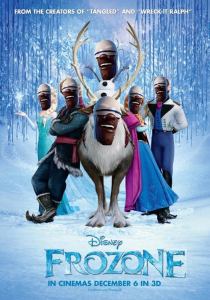 “Every time I run into Brad [Bird] he always tells me Frozone is going to be part of whatever’s going on, so I have to believe that. I guess they would be the Incredibles without Frozone, but I think Frozone would be a wonderful addition to what’s already there. I’m just looking forward to seeing what Jack-Jack turned into.” — Samuel L. Jackson talking to Digital Spy about his (potential) role in the recently announced The Incredibles sequel. If Frozone’s not in it, I boycott. It wouldn’t be very chill of Pixar to freeze him out. Not ice at all.

As for the image… oh, the wonders of Google Image Search.

(via SuperHeroHype, image via imagineeringdreams)