Samuel L. Jackson Is as Confused as We Are That He’s Not in Captain America: Civil War 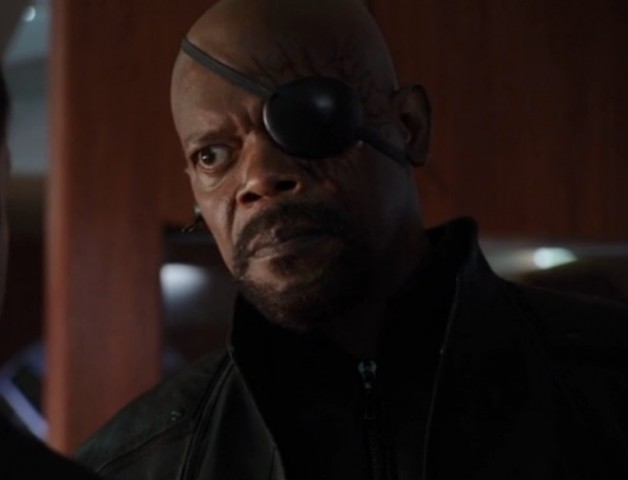 Samuel L. Jackson has appeared in a lot of Marvel movies on his 9-film contract as Nick Fury, but it looks like Captain America: Civil War won’t be one of them. He’s looking to renew his contract and keep riding that Marvel gravy train off into the sunset, but even he doesn’t get why he’s not in Civil War.

It’s an amazing amount of fun. I finally met [comics writer] Mark [Millar], last year, when I was doing Kingsman, ‘cause he was on set one day, and I finally got a chance to thank him for making Nick Fury black and changing the whole dynamic. It’s really great to be the connective tissue between so many different characters in so many different films, that brings those guys together. But I’m not in Captain America 3. I can’t figure that out, but I’m not. I guess I’m still out there, trying to figure out what happened to S.H.I.E.L.D. and who these other people are.

We can’t figure it out, either. We’re incredibly pumped about Chadwick Boseman/Black Panther showing up in the film and adding some much-needed diversity to Marvel’s cast along with Don Cheadle, but losing Nick Fury at the same time feels a bit like a step backwards. I’d imagine that with all the characters and actors who will be appearing in Civil War, leaving Jackson out was probably a way to save money—Marvel’s films just keep getting more and more bloated with expensive acting talent—but it’s disappointing all the same. And he’s not exactly the first person I’d have chosen to cut to save money, either.

Another theory is that Marvel is saving Jackson’s remaining contracted appearances for Avengers: Infinity War, which makes sense with Jackson also telling Collider that he believes he has two films left on his contract. However, if the quote above gave you the idea that he’d be up for renewing his contract and playing Nick Fury basically forever, it seems like Jackson would be up for it: “Of course [I’m interested in returning]! I’m looking for a contract extension right now, yeah. I’m looking to re-up.”

I hope Marvel does decide to renew his contract, but if they don’t, I wonder if saving his remaining appearances for Infinity War is the first sign that they’re letting the characters who kicked off the Avengers craze move on to make room for some new ones. What do you think, gang?